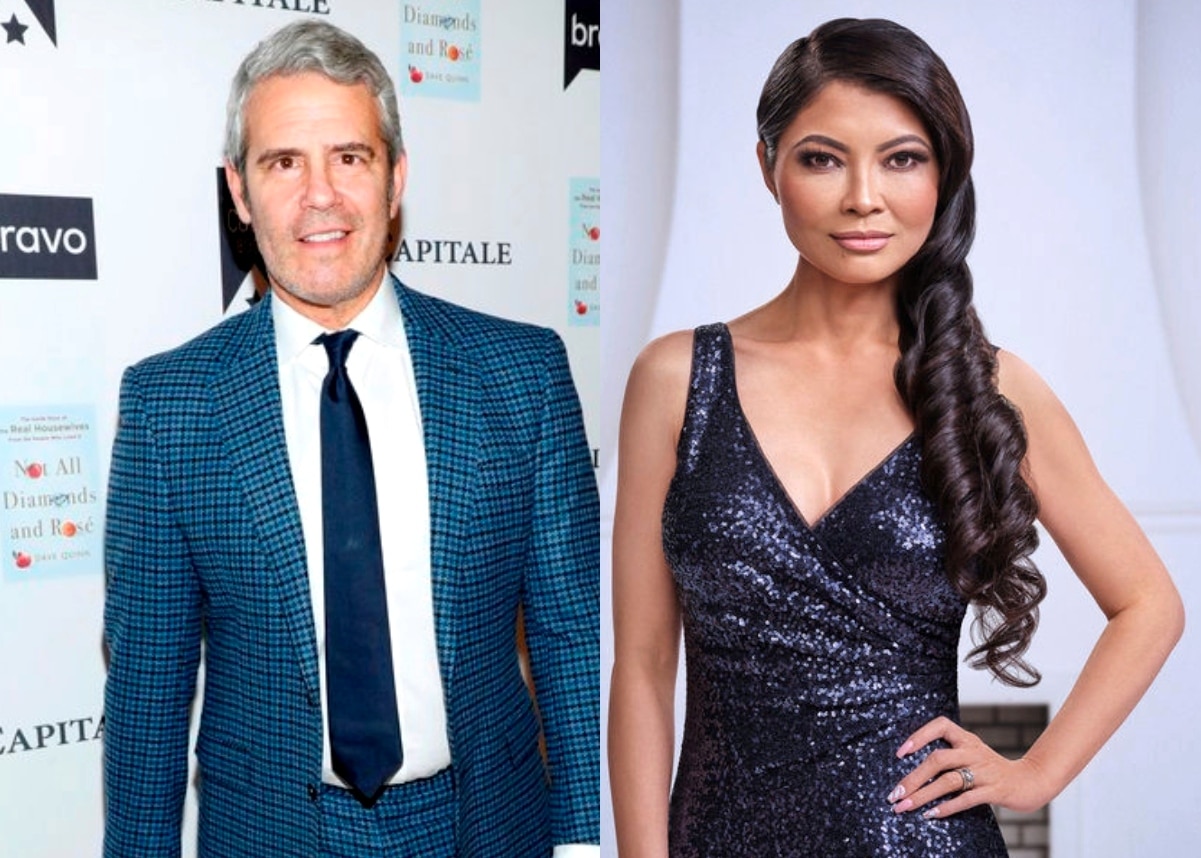 Andy Cohen spoke out about the racist posts Jennie Nguyen shared on Facebook in 2020 on Monday’s episode of his SiriusXM radio show.

After facing backlash for failing to say much about Jennie’s posts on Sunday night’s episode of Watch What Happens Live, where Jennie’s Real Housewives of Salt Lake City castmate and friend, Lisa Barlow, was a guest, Andy told his listeners that he found Jennie’s posts to be “disgusting and upsetting.”

“We taped last night’s episode Wednesday and people were very upset about the lack of discussion on last night’s episode relating to Jennie’s disgusting and upsetting posts. And I’ve also seen all the tweets wanting to know what’s being done about those posts,” Andy said, via a clip shared by OMFG Reality TV on Twitter.

While Andy didn’t confirm or deny whether or not Jennie will continue to film RHOSLC season three, which recently went into production, he hinted that a firing could be looming.

“Just want to say, in case anyone doesn’t realize it, that there are many serious discussions happening right now about everything. About everything,” he shared. “I can’t address the situation right now but it will be addressed very soon. And thank you for your patience. And the posts were very upsetting, rightfully, and disgusting.”

At the end of last week, days after Jennie’s Facebook posts were exposed, an insider told Entertainment Tonight that Jennie would be confronted by her RHOSLC castmates amid season three.

“It’s raw, but warranted,” the source revealed, adding that the ladies plan to “hit [Jennie] hard” on camera and “won’t tolerate racism.”

She then went on to say that she’s “never looked at Jennie’s” Facebook page before quickly correcting herself.

“I haven’t looked at Jennie’s Facebook page in years. I was totally surprised,” she explained.