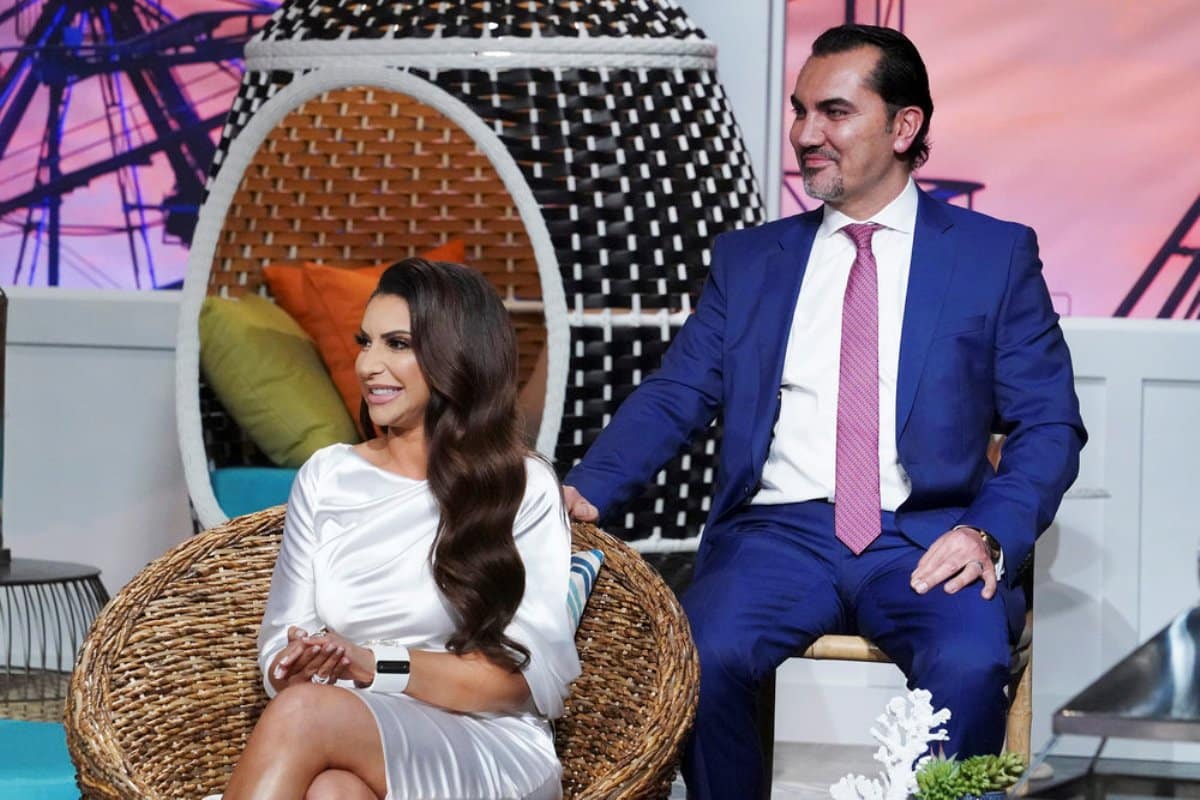 Jennifer Aydin found herself in the midst of a cheating scandal on Tuesday night’s premiere episode of The Real Housewives of New Jersey. During a couple of new interviews, she’s opened up about the shocking affair husband Bill Aydin had with a pharmaceutical rep 10 years ago while she was pregnant with their fourth child, now-10-year-old Christian.

While admitting that the on-screen drama is “one of the hardest things” she’s gone through publicly, mainly because she didn’t properly deal with the betrayal at the time, Jennifer admitted she did her best to keep the affair hidden before ultimately learning her nine-year-old daughter, Olivia, came across the news on TikTok.

“When I decided to forgive him, I forgave him and I forgot about it and that was his past. So for it to be brought up now in front of everybody was extremely difficult for me,” she continued.

As fans saw during Tuesday’s RHONJ premiere, Margaret Josephs was first to mention the affair on camera. However, off-screen, it was Olivia who first brought the online reports up to her mother as cameras began rolling.

“We had a blogger leak this awful storyline and somebody made a TikTok on it,” Jennifer revealed to Page Six. “My sweet little Olivia… saw a TikTok that said ‘the big secret.’”

Olivia defended her parents right away, saying in a comment, “This is my mommy and daddy and this is not true!” However, Jennifer ultimately asked her daughter to delete the comment and admitted to her that it was true.

“I realized [my kids] will react to however Mommy’s acting. I put on a brave face and said, ‘Listen, Daddy did a bad thing. But that doesn’t mean that he’s a bad person. And when we love people, we forgive them when they make mistakes. And I’ve forgiven him and I’m OK.’ She wasn’t upset because I wasn’t upset,” Jennifer said of the conversation.

As for how the rest of the kids, including Justin, 17, Gabriella, 14, Jacob, 12, and Christian, 10, found out, Jennifer said Bill told their oldest.

“I was in the room, and Justin kind of was almost irritated, like, ‘I don’t ever want to talk about this ever again,’” Jennifer revealed. “My Gabriella, she was more crushed. She felt very betrayed and was angry for a bit but we got through that. And my two [younger] boys, they’re neither here or there.”

According to Jennifer, she doesn’t know how Margaret found out, but she believes she is a “digger” with a “big Rolodex of people” who is “focused when she wants to find out something about somebody.”

“I didn’t want to be the one to bring it up and ever talk about it because that would be at the expense of my children and it wasn’t worth it for me. But since [Margaret] did bring it up and since I do have to talk about it, I’m going to use it as therapy,” she explained, noting that husband Bill is “embarrassed” by the Bravo scandal but supporting her by “letting me share our story.”

While Jennifer and Bill certainly went through the wringer during production on season 12, she said they are in “a great space” today.

“Bill and I are fantastic,” Jennifer shared with E! News. “We are in a place where we’re just going to filter out the noise and not let anybody ruin our happiness… We are committed to the family. We will like move hell and high water in order to keep it intact and happy.”