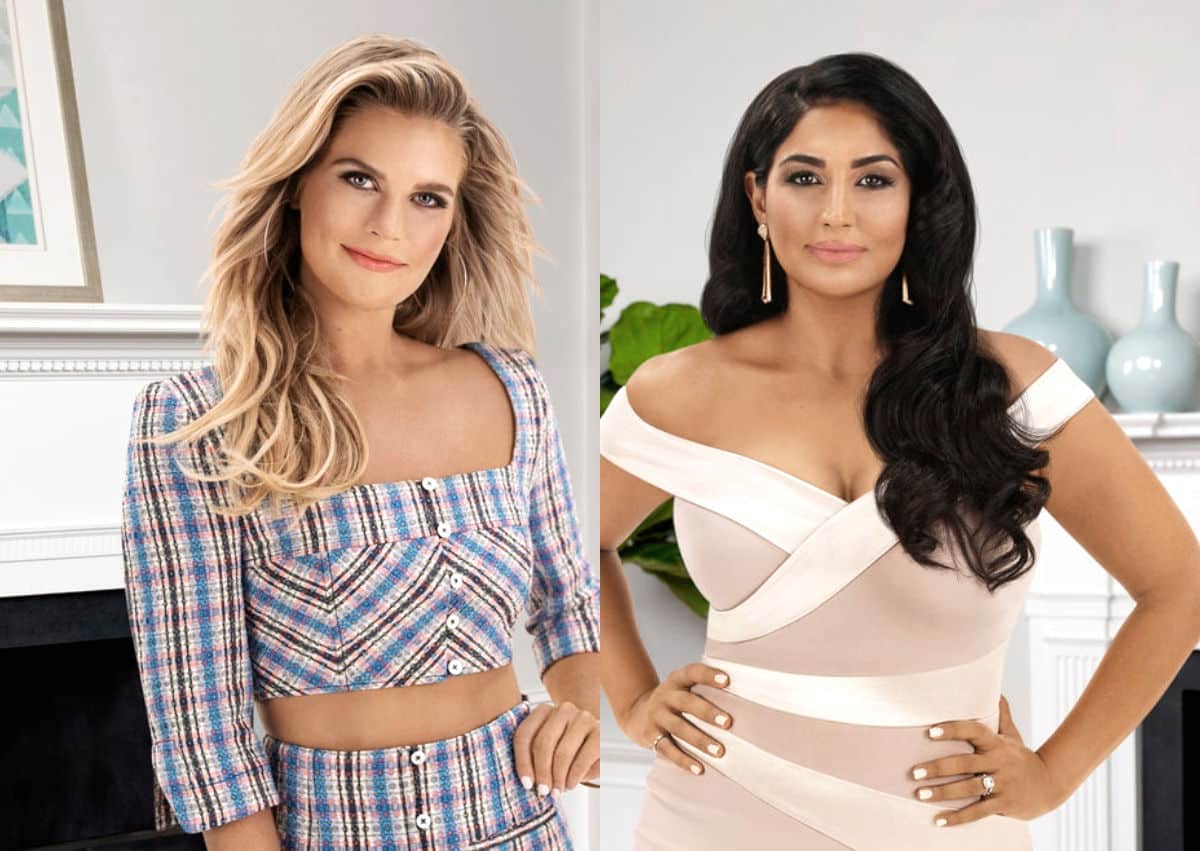 Madison LeCroy believes Leva Bonaparte used her name in a recent interview to get press for herself.

Following the release of an Instagram interview in which Leva addressed Madison’s past ties to Alex “A-Rod” Rodriguez, who split from ex-fiancée Jennifer “J-Lo” Lopez after being tied to the Southern Charm cast member in early 2021, Madison took to Instagram to shade her co-star.

“She should try to get press without talking about me!” Madison wrote in the comments section of a Page Six post, which read, via Comments by Bravo, “[Leva Bonaparte] is convinced [Madison LeCroy] and [A-Rod] had a fling while he was still with now-ex-fiancée [Jennifer Lopez].” 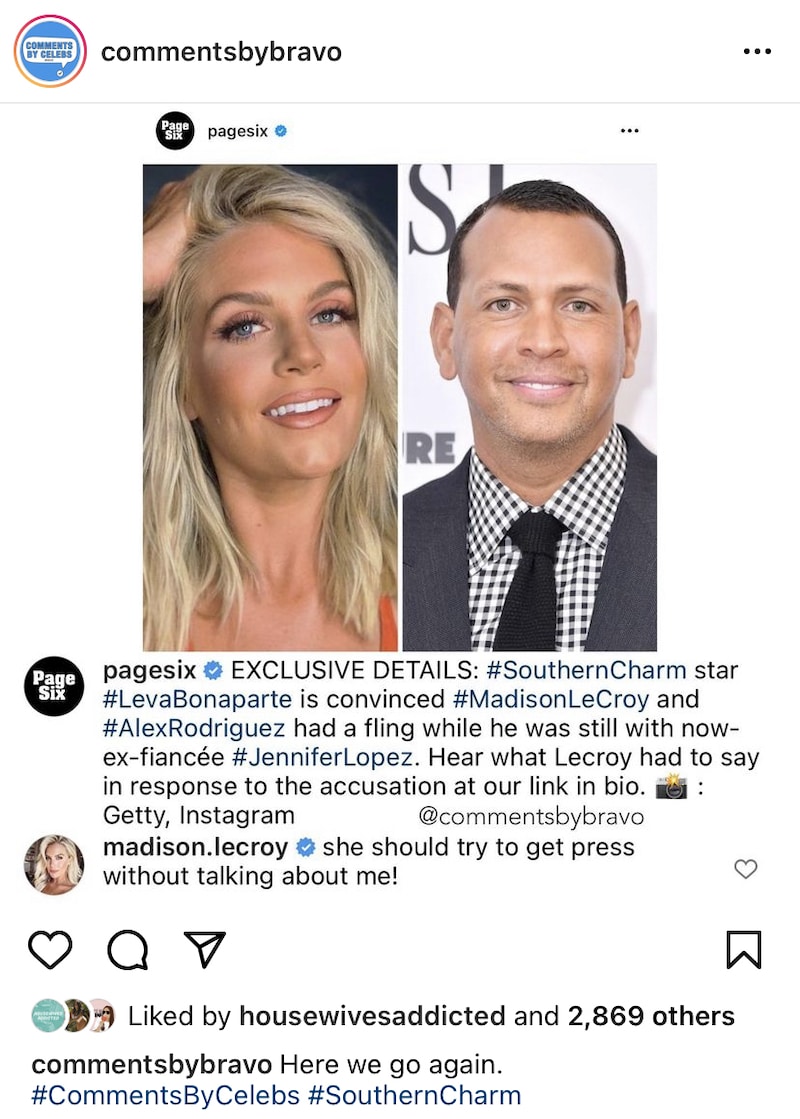 After seeing the comment, one Instagram user told Madison to “calm down” and noted that Leva didn’t suggest that she and Page Six discuss the allegations of an affair that plagued Madison and A-Rod many months ago.

“Calm down Madison .. They asked her about it. Not like if Leva brought you up. No one cares. [A-Rod] is a joke,” they stated.

“Thank you! Exactly!!!!!” Leva replied. “Ain’t nobody care or want to talk about this gross mess or want their name mixed in with this kind of press.”

On January 29, as reported by Page Six, Leva admitted on S’More Date to feeling as though something had taken place between Madison and A-Rod during his years-long courtship with J-Lo. And when asked if they had a tryst, she replied, “Yeah.”

But online, in response to the comment, Madison said Leva was “stuck in 2019 [and] still doesn’t know the facts.”

In early 2021, following the taping of the Southern Charm season seven reunion in late 2020, Craig was seen accusing Madison of engaging in an affair with the former MLB star. However, an insider at the time insisted he didn’t know Madison.

“Look, does this mean he didn’t DM her and liked a photo or two? I guess not, but he doesn’t know her — and he definitely didn’t hook up with her,” a source told The Post.

Despite A-Rod’s team’s denials, Madison admitted to speaking to him “on the phone“ while denying they’d ever “been physical.”

“He’s never physically cheated on his fiancée with me,” Madison explained. “[I] talked to him randomly, but not consistent.”

In October of last year, after several months of dating, Madison got engaged to boyfriend Brett Randle. Not surprisingly, Madison has already said that Leva and the rest of the cast would not be getting invites to their future wedding.

Southern Charm season eight is expected to air on Bravo sometime this year.