Home Real Housewives of Beverly Hills News RHOBH’s Teddi Mellencamp Reacts to CBB Exit as Kyle Deems Her a “Threat,” Plus How Long She Was on Set and Reacts to “Nobody Likes You” Diss

RHOBH’s Teddi Mellencamp Reacts to CBB Exit as Kyle Deems Her a “Threat,” Plus How Long She Was on Set and Reacts to “Nobody Likes You” Diss

Teddi Mellencamp reunited with her family over the weekend after being the first cast member sent home from the third season of Celebrity Big Brother.

After sharing a video of herself reuniting with her daughter Dove, the Real Housewives of Beverly Hills alum was met with a comment from former co-star Kyle Richards, who deemed her as a threat on the CBS show, and she was faced with criticism on Twitter by a hater who told her “nobody likes you.”

“That’s just my baby Dovey. Thanks to everyone who watched me play the game of Celebrity Big Brother. Being voted out for being considered a threat isn’t so bad. I can say this for sure, I am so appreciative to be home and will never take for granted how incredible my life is. I missed my family and friends more than I ever could have imagined.”

“My friends on the set were saying you were too much of a threat after that first competition but I knew you were too damn competitive to just try to lose that one,” she wrote.

In another comment, a fan suggested Teddi was being dramatic after just one night in the house. But, as Teddi explained, she was actually in the residence for over two weeks.

“18 total [because] they had us quarantine first,” she shared.

Then, after a second person said they hoped to see someone tell Miesha Tate that Todrick Hall was “playing everyone” on CBB, Teddi confirmed she did just that.

“I told her that!” she revealed. 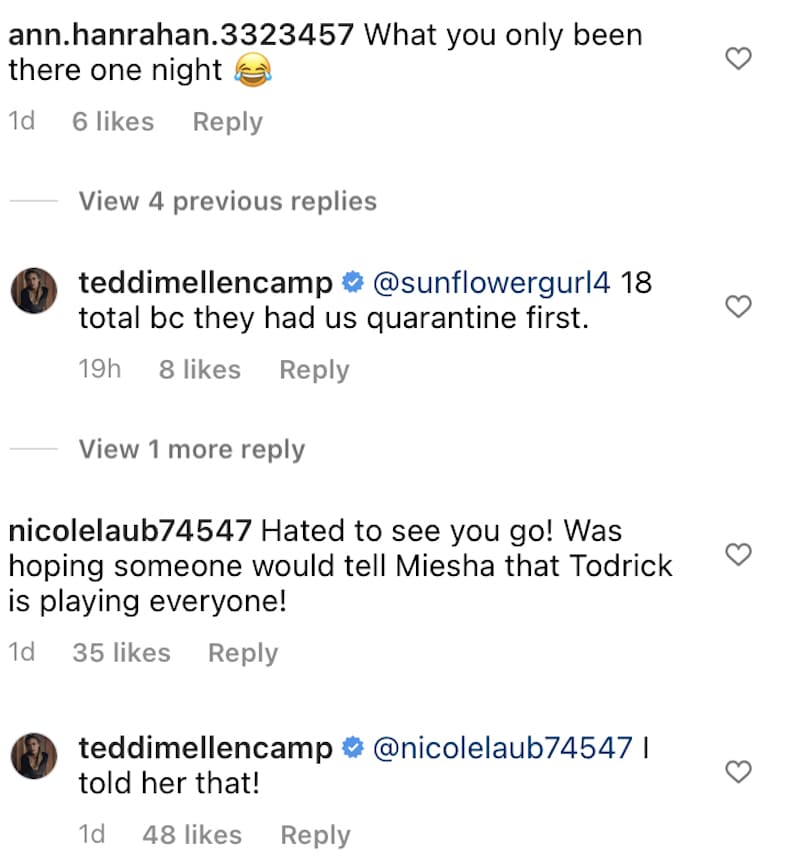 Meanwhile, on Twitter, Teddi responded to a couple of messages, including one from a person who mentioned the love Carson Kressley and Cynthia Bailey sent to her following her departure from the CBB house.

“Did you see where Carson & Cynthia made a Teddi shrine in the bedroom? It’s on a shelf above [Shanna Moakler]’s bed. They talked about it on the live feed. You did great & should be proud,” the fan had said.

“I did!” Teddi replied. “Love [Carson Kressley and Cynthia Bailey].” 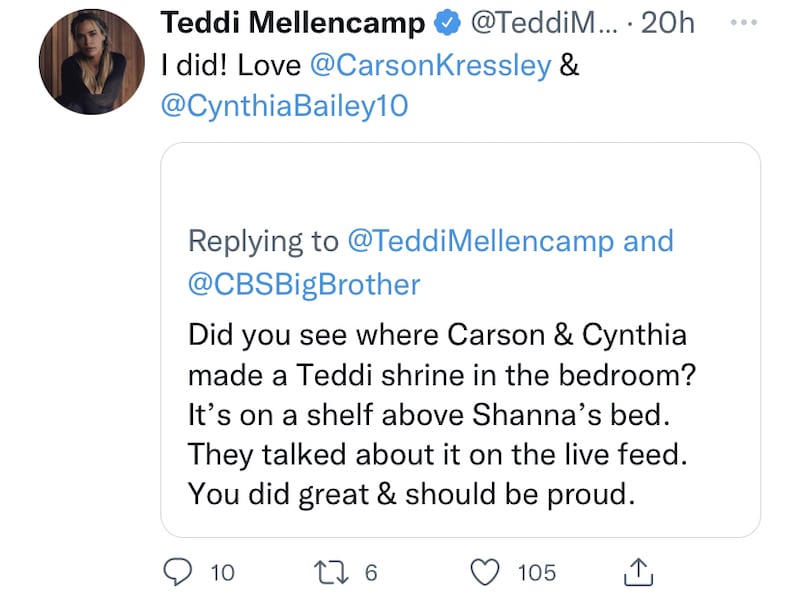 In another Twitter message, Teddi reacted to a hater, who told her that no one likes her. 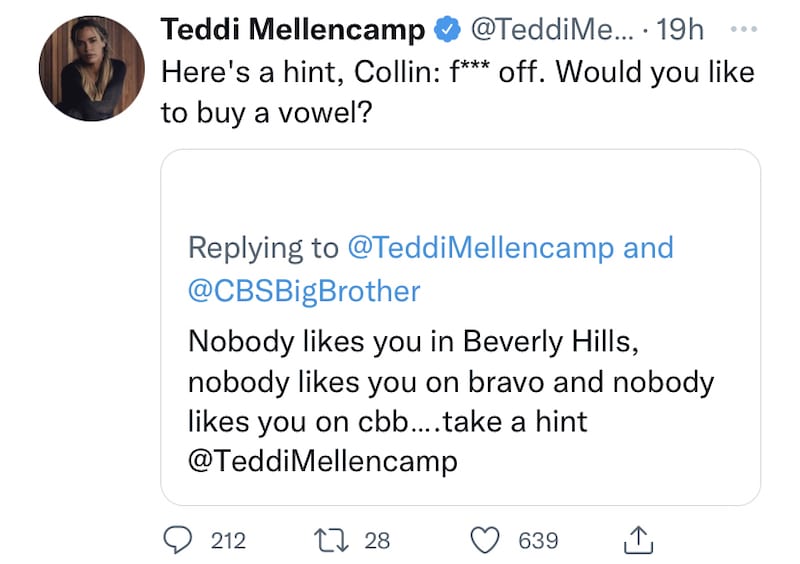 Teddi was featured on The Real Housewives of Beverly Hills in a full-time role from season eight through season 10 and in a guest-starring role on season 11.