Jen Shah doesn’t want The Real Housewives of Salt Lake City to be used against her during her fraud and money laundering trial next month as she appears to be facing some rather startling new allegations in her case.

According to recently filed court documents, Jen is requesting that her involvement with the Bravo reality show not be used and submitting questions that should be asked of the jurors who will potentially be assigned to make a judgment in her case.

Jen “opposes the use in evidence of any clips from the RHOSLC” at trial, her documents explained, via Us Weekly. “Any use of clips from the RHOSLC at the trial of Ms. Shah, either in the government’s case-in-chief or during cross-examination of the defense’s case, would have to fall under one of the exceptions to the hearsay rule of evidence, as they are, by definition, out-of-court statements.”

In April 2021, just one month after her arrest, Jen pleaded not guilty to the fraud and money laundering charges brought against her as the result of her alleged involvement in a years-long telemarketing scam, which frequently targeted elderly people. All other defendants in the case, including her former assistant, Stuart Smith, have pleaded guilty.

According to Jen, everyone on RHOSLC has “an incentive to exaggerate their characters and dramatize their lives in order to participate in the currency of the Housewives’ franchise: drama, conflict, and conspicuous consumption,” meaning that “it is impossible to tell where reality ends and fantasy and outright deception and fakery begins.”

In addition to explaining why the clips should not be used, Jen turned in a long list of jury questions, including “Does anyone in your household or family watch The Real Housewives of Salt Lake City?,” “Do you believe that all Housewives who appear on the franchise are rich? Do you believe that what you see on the show is, in fact, real?,” and an inquiry about whether they had seen the Hulu special The Housewife & the Shah Shocker.

Following the release of the doc, Jen requested (and was denied) her case be thrown out on the grounds that it would be impossible to find an “untainted jury pool.”

“Meanwhile, Jen Shah does not want the jury to hear she suborned perjury re: Stuart Smith, she threatened Smith, she used the corp. credit c., she concealed her foreign bank [accounts], or cheated on her taxes but best of all, no Housewives clips,” he explained. 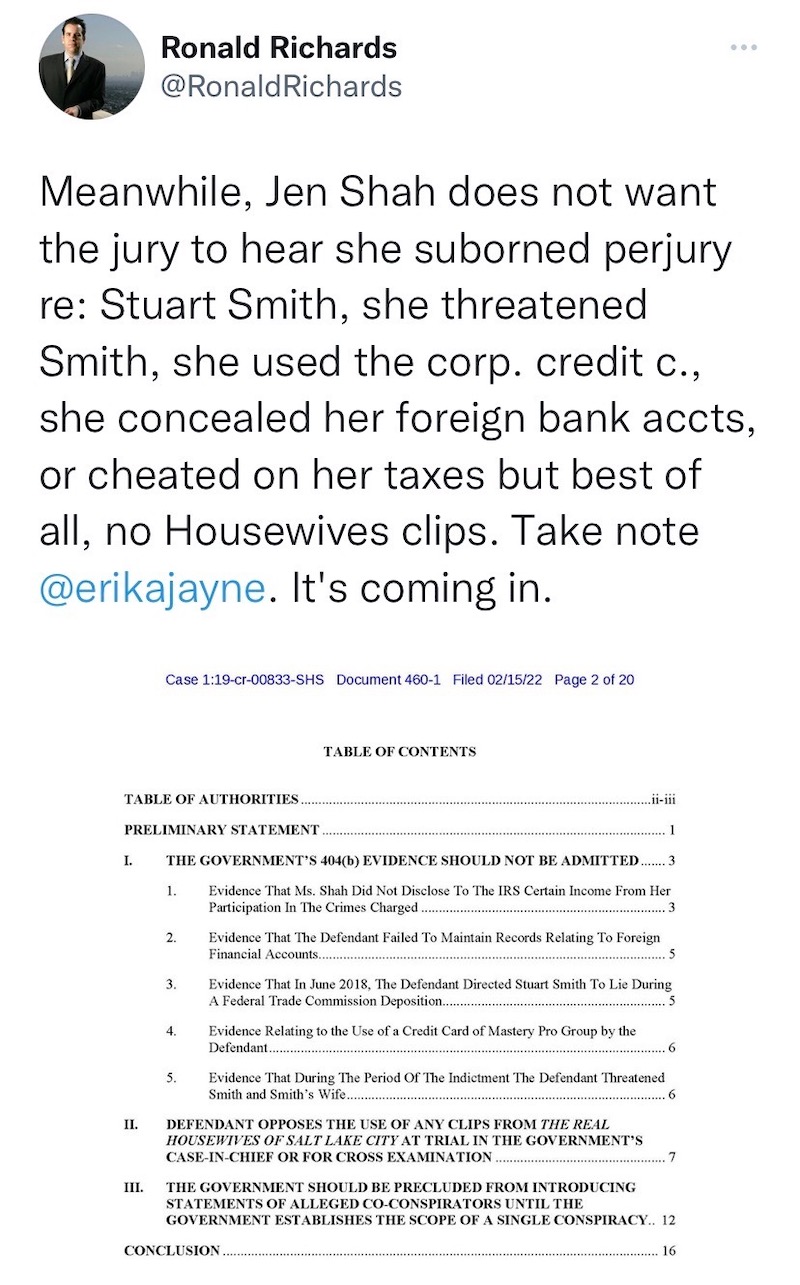 As for Jen, she’s maintained her innocence throughout the claims and recently shared a very telling meme on her Instagram page.

“So many assume. So little know,” the message read. 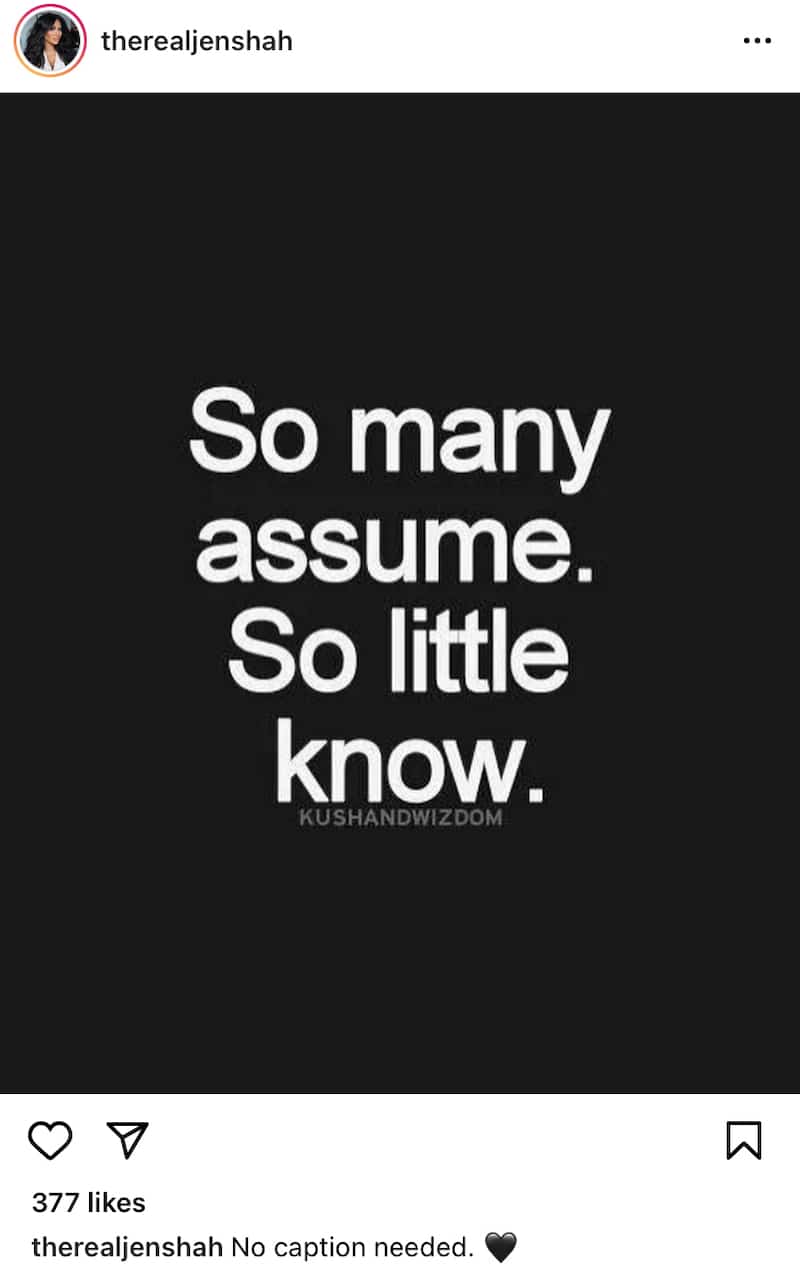 Jen is facing up to 50 years in prison.