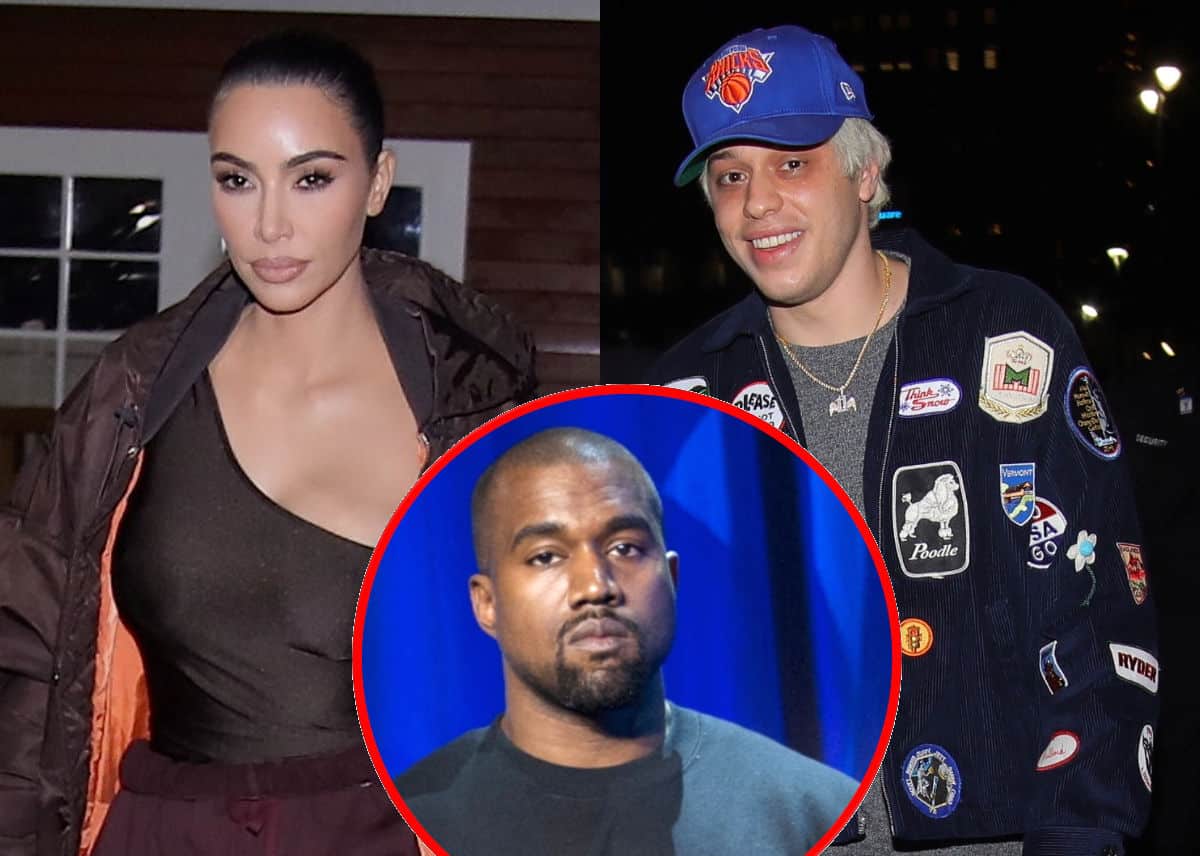 Kim Kardashian is doing her best to ignore Kanye West‘s online pleas for their family to be brought back together.

After enjoying a visit to Lilia’s restaurant in Brooklyn and to Cipriani restaurant in New York City with new boyfriend Pete Davidson, who she’s been dating since late last year, the Keeping Up With the Kardashians alum is said to be focusing on her “new chapter” and her four kids as Kanye continues his efforts to win her back.

“Kim is trying to ignore Kanye’s social media posts and pleas to get back together,” an insider revealed to E! News on February 14. “She is really happy right now and is having a lot of fun. She likes where she is at in life and is loving this new chapter… As long as the kids are safe and taken care of, that’s all that matters to her.”

According to the source, Kim will “always be cordial and communicate” with Kanye about the co-parenting of their children but hopes he “will be able to move on” and “accept they aren’t getting back together.”

“She wants him to be happy,” the insider added.

As for Pete, a second source said that because he “doesn’t really spend time on social media,” he isn’t totally “aware” of all that Kanye has said.

“He doesn’t want to get involved or be in the middle of Kim and Kanye. He supports Kim with whatever she needs and they try not to focus on it,” the insider explained, noting that Pete has “sympathy” for Kanye.

“Kim is very good at compartmentalizing and not letting these things get to her,” the second source added. “She is able to shut it off and ignore when she has to.”

After days of social media rants, Kanye seemingly turned over a new leaf on Monday, when he shared a message on Instagram about working on his communication and learning to take accountability for his actions.

“I’ve learned that using all caps makes people feel like I’m screaming at them. I’m working on my communication,” he wrote. “I can benefit from a team of creative professionals, organizers, mobilizers and community leaders. Thank everybody for supporting me. I know sharing screenshots was jarring and came off as harassing Kim. I take accountability. I’m still learning in real time. I don’t have all the answers. To be good leader is to be a good listener.”

Kim filed for divorce from Kanye in February of last year after seven years of marriage.