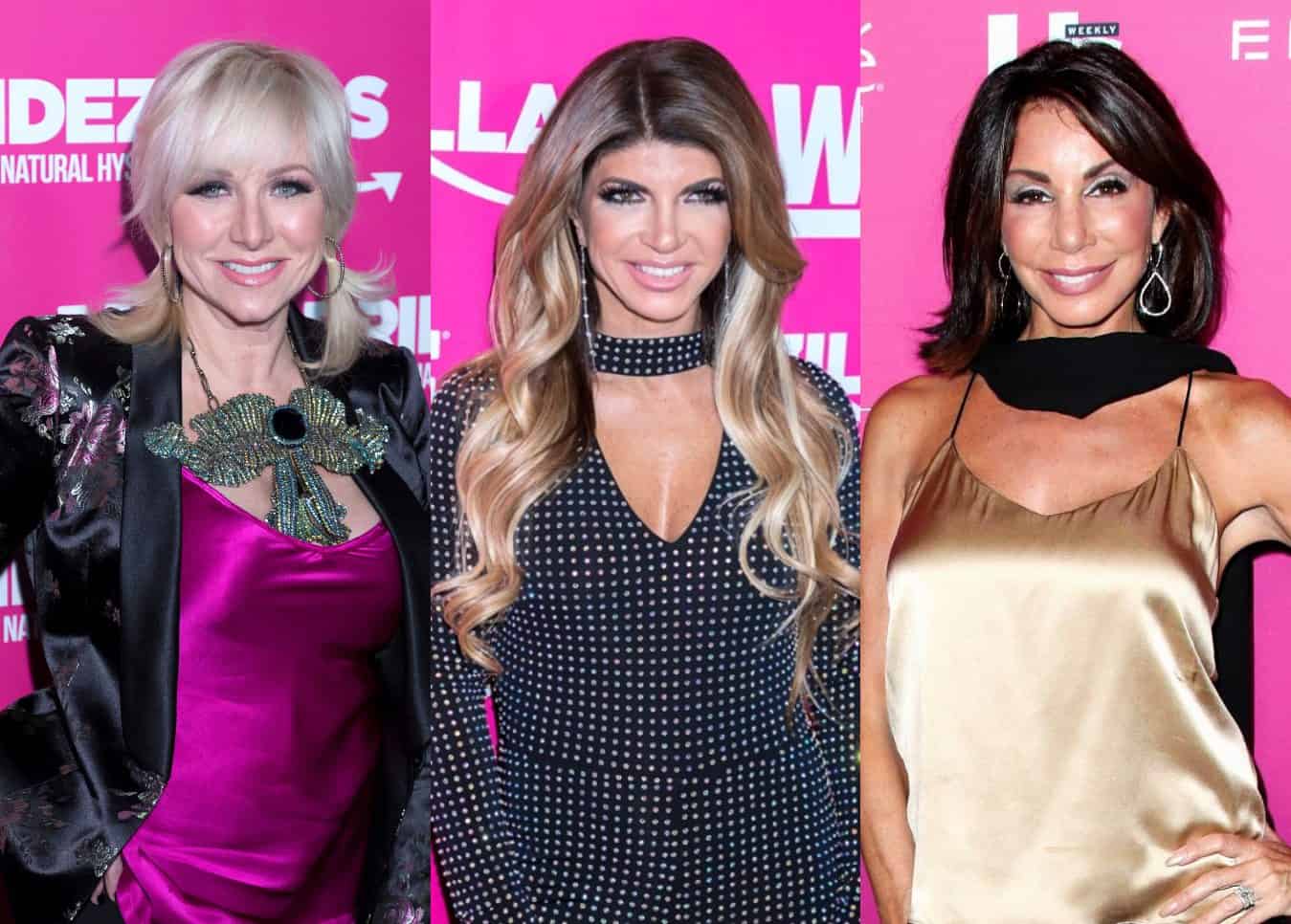 Margaret Josephs and Teresa Giudice went to war during The Real Housewives of New Jersey season 12. But where do they stand today?

During an appearance on Monday, Margaret revealed the last time she saw her castmate before sharing her thoughts on a future reconciliation, shooting down Jennifer Aydin‘s claims of her husband Bill Aydin‘s affair being a secret, and revealing the text message she allegedly received from former co-star Danielle Staub.

“She’s very upset with me and obviously I’m upset with her,” Margaret said of Teresa on the February 28 episode of The Wendy Williams Show, which was hosted by longtime Bravo fan Michael Rapaport. “You saw on the trailer she did dump an entire table of things on top of me.”

According to Margaret, she and Teresa, who feuded over Margaret’s questions about Luis Ruelas (and the concerning video he made while attending a men’s camp), aren’t currently speaking and haven’t seen one another since their cast trip to Nashville, which took place seven months ago. That said, she’s hopeful for their future.

“I’m not saying we can’t come back from it. I obviously have a very forgiving nature…  I want everyone to be brutally honest … And then we can move forward,” Margaret explained. “We’re both adults. I think we can move past it eventually.”

Also during season 12, Margaret found herself at odds with Jennifer after mentioning Bill’s affair on the premiere episode.

Looking back, Margaret shared her reasoning for doing so, stating that Jennifer Aydin was always “very aggressive [and] negative towards me” and “mean towards Marge Sr.” about her past.

“Then last season about my sexual harassment, diminished it, said I slept my way to the top, all of those things,” she continued. “Meanwhile, her husband did have an affair with a subordinate, a co-worker, and she was so protective of that… Why are you so negative and attacking me when I’m no different than your husband?”

While Jennifer has suggested that Margaret sharing the news of Bill’s affair impacted not only her but also her family and their position within their community, Margaret said Bill’s infidelity was never a secret. In fact, she learned of his affair long before Jennifer joined the show.

“To say it’s a secret, I wouldn’t have known about it. It was well-known in the neighborhoods, in the community. I’m friends with a lot of doctors, which I feel badly about, but she shouldn’t have such a vocal voice towards me,” Margaret noted.

As for where she stands with Danielle, Margaret said she doesn’t “hate” her before sharing that she may have gotten a text message from her recently.

“I got a text message the other day from a random phone number. It said, ‘Margaret, it’s Danielle. I have a new phone number. I just wanted to reach out to you. I don’t like that you’re being villainized this season. I’m sorry for pulling your hair.’ Now, I don’t know if someone was playing a joke on me. But it was from a Jersey phone number and she was just like, ‘I’d love to see you. I feel horrible,’” Margaret said.

While Margaret was understandably “taken aback” by the potential olive branch from her former on-screen nemesis, she offered a kind response.

“I was like, ‘Oh, I know we had a genuine friendship. I’m so sorry.’ And that was it. We never texted again. But it was very interesting because it was very timely and it was the way she speaks… It was maybe like a nice closure,” she suspected.

Also during the interview, Margaret revealed she and husband Joe Benigno recently underwent eye procedures together.

“Joe had his eyes done. He had very bad bags. It was like luggage. He always looked exhausted. So he had the bags taken out and I had laser under my eyes at the same time,” she shared.