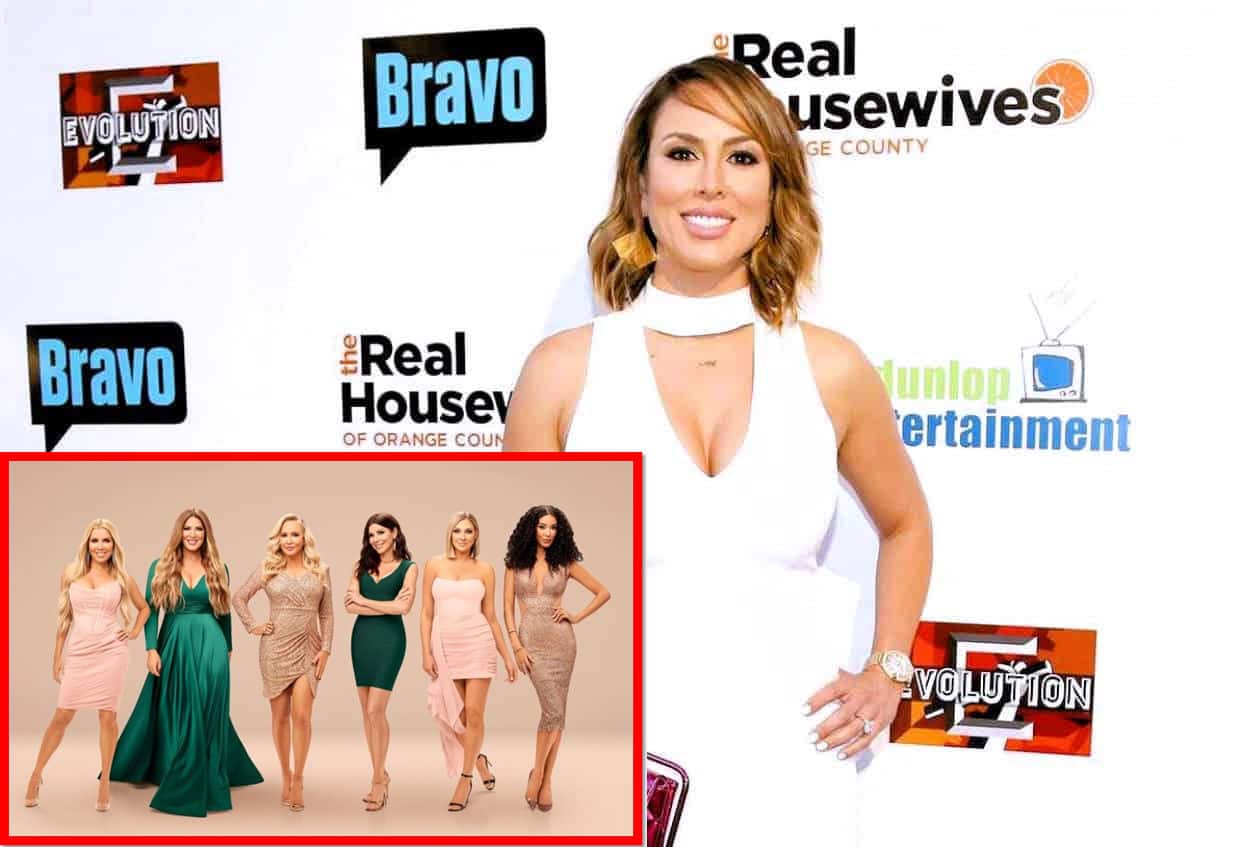 In a series of posts shared to her Twitter page this week, Kelly took aim at the person she claims got her fired, the “evil” Heather Dubrow, before admitting that when it comes to the show’s upcoming season 17, Bravo needs to bring Tamra Judge back if it wants to see success.

After coming across an article in which Heather denied she controls casting, Kelly had strong words.

“SHE HAD ME FIRED!!” Kelly tweeted on March 13. “The mistake Bravo made WAS to let me go!! I would’ve taken this POS DOWN! HD got kiss-a–es [Emily Simpson and Gina Kirschenheiter], awful to watch & it’s why ratings suck!!!”

According to Kelly, she was ready to go head-to-head with her former on-screen nemesis, Heather, while Emily and Gina, both of whom were added to the show for season 13, have done nothing but suck up to her, which Kelly believes ratings have decreased. 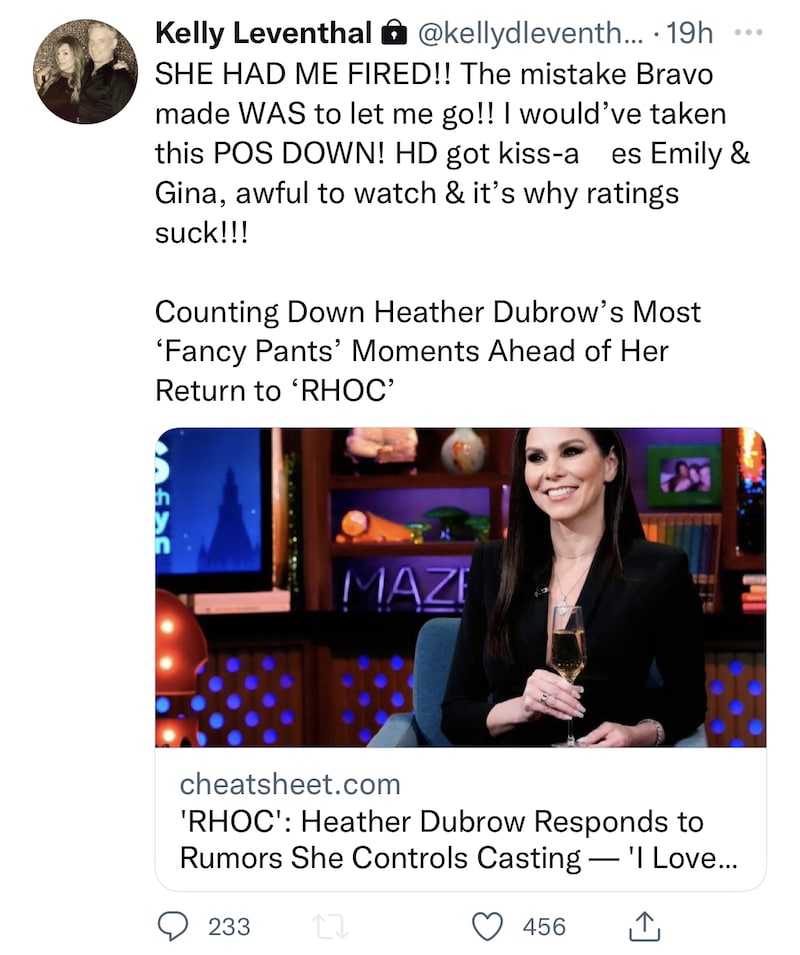 In another tweet, Kelly responded to a fan who described her as misunderstood and negatively edited, and slammed Heather as “critical and calculated.”

“You would have to watch [Kelly Dodd] from her first season. She’s honestly the more ‘misunderstood’ (read: negatively edited) out of the group,” the person wrote. “Heather is probably understood exactly like she is, critical and calculated. Maybe people like that now?”

“Totally!! She is evil!! Anyone that puts money first is evil!” Kelly replied, throwing major shade at the RHOC star. 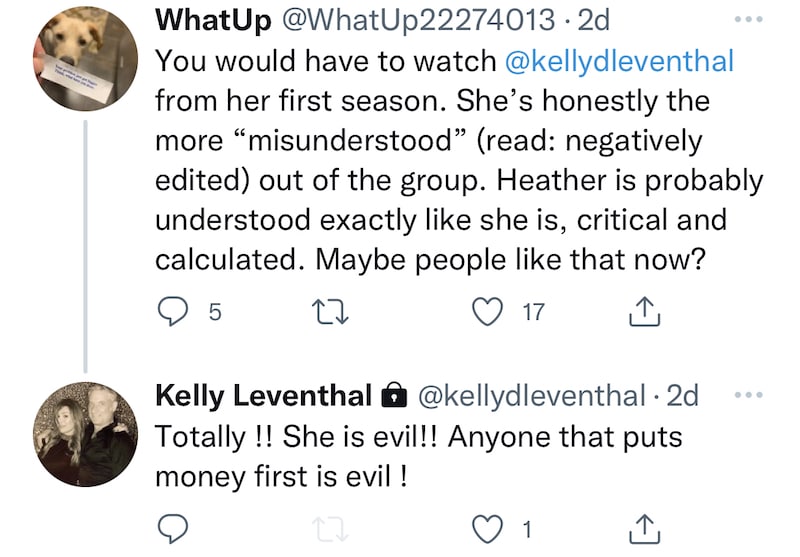 Although many have told Kelly she got herself fired with her controversial behavior, much of which was discussed at her final reunion, the RHOC season 15 reunion, she told fans she doesn’t want to be part of a “toxic environment,” especially if it means she’s unable to be her true self.

“I got an overwhelming amount comments that said I got myself fired! I got my self fired for having an oppositional opinion from the network? I’d rather be authentic and truthful and have my dignity than to be N a toxic environment,” she explained. “I have ‘let it go’ I get written about daily.”

In a final tweet, Kelly reacted to a Bravo fan page, who suggested Tamra should be brought back for the new season.

“I feel like Tamra will add the finishing touches to the [RHOC] revamp next season!” they wrote. 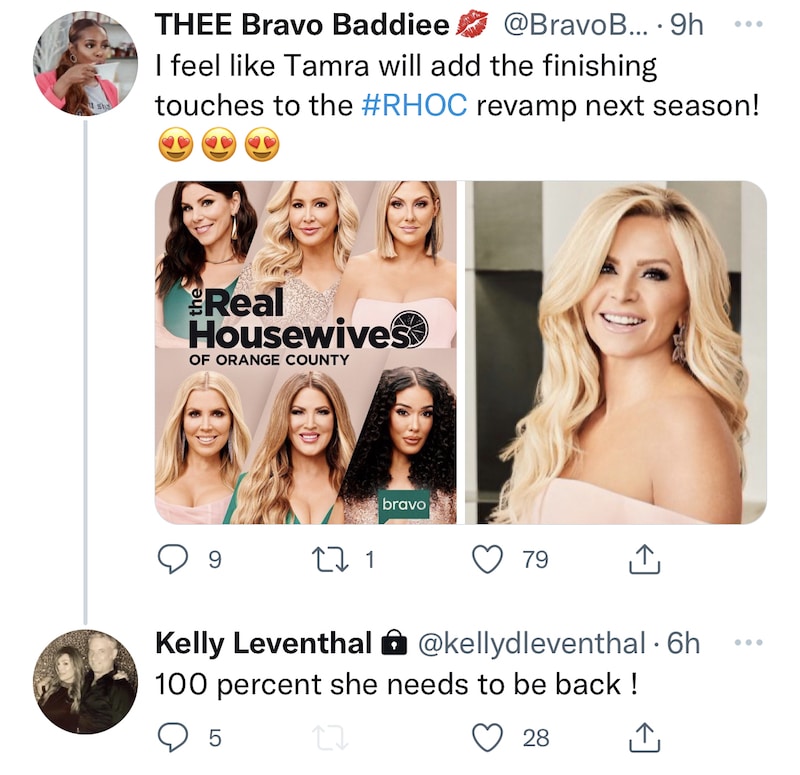