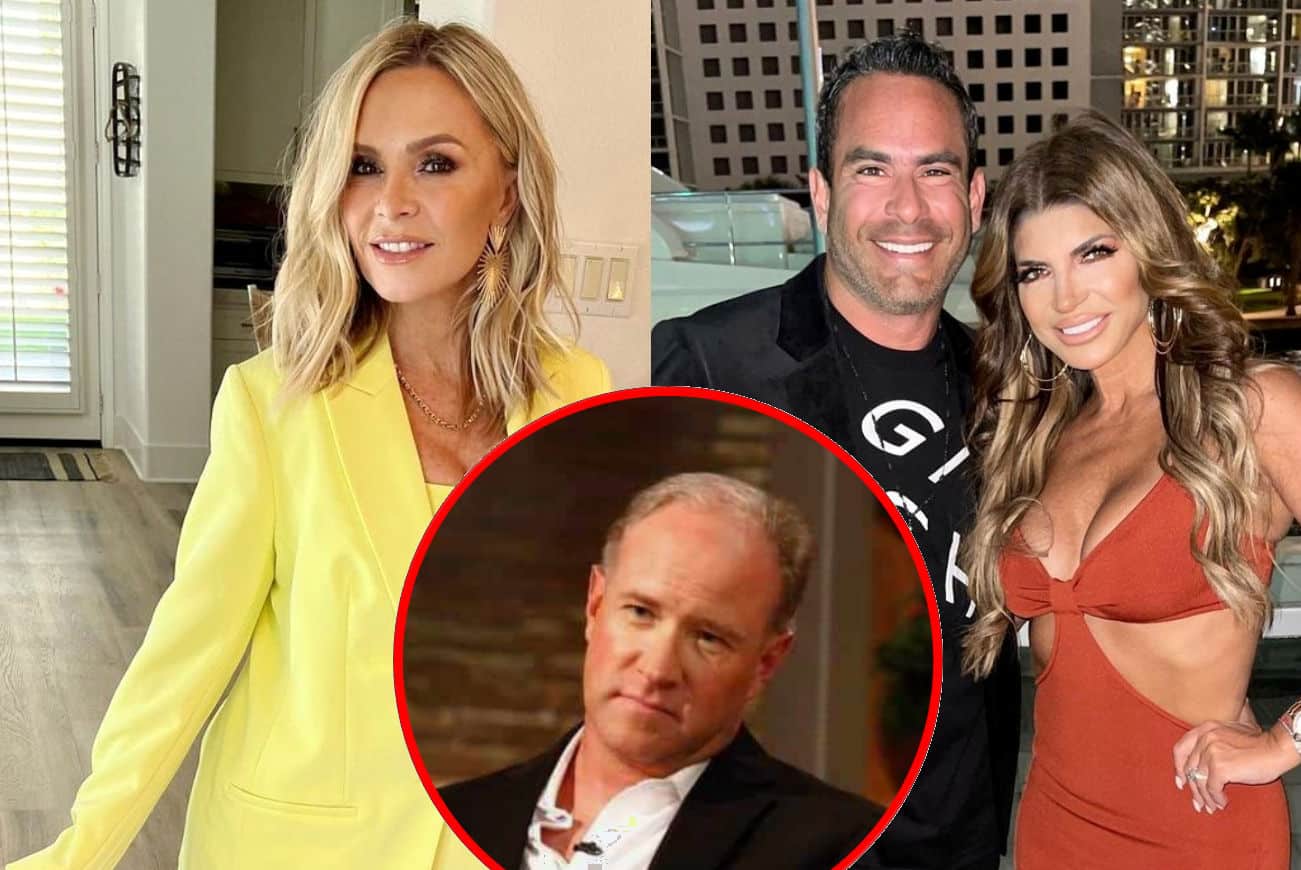 Tamra Judge sees similarities between Luis Ruelas and Brooks Ayers. And during Monday’s episode of her and Teddi Mellencamp‘s podcast, she discussed them.

As Teresa Giudice‘s fiancé continues to be questioned by her Real Housewives of New Jersey co-stars about his past, the Real Housewives of Orange County alum admitted that he’s giving her the same sort of feelings she had when her former castmate and best friend, Vicki Gunvalson, was dating Brooks.

“I learned my lesson with Vicki when she was dating Brooks,” Tamra explained on the March 21 episode of Two T’s In a Pod, via Heavy. “I knew he was not a good guy, I know he wasn’t the guy for her, but I spoke out about it and it backfired in my face.”

During RHOC season 10, Brooks infamously lied about his cancer diagnosis (a scam exposed by Meghan King). And because Vicki remained dedicated to their relationship amid the speculation, some assumed she was in on the hoax, which she vehemently denies.

While watching the 12th season of RHONJ and reflecting on her experience with Brooks, Tamra said that Luis is behaving in ways that Brooks once did.

“At the end of the day, obviously, I was right, but it was so cringey the things he would do and say and the multiple cards. Luis is doing the exact same thing that Brooks would do to Vicki,” she noted.

In response to Tamra’s comments, Margaret Josephs, who was appearing on the podcast episode as a guest, agreed with Tamra’s sentiments and said that she too finds Luis’ behavior concerning.

“I know, and it’s upsetting,” she replied. “People are like, ‘You’re being shady, you don’t want her to be happy,’ I was like, no, I’ve been around the block. I’m a grown woman. Teresa’s had horrible things happen to her. You know, these things are out there, I didn’t dig for them.”

After Teresa and Luis confirmed their relationship in late 2020, numerous reports regarding Luis’ past behavior surfaced, including allegations of being “controlling and abusive” and “sex obsessed.”