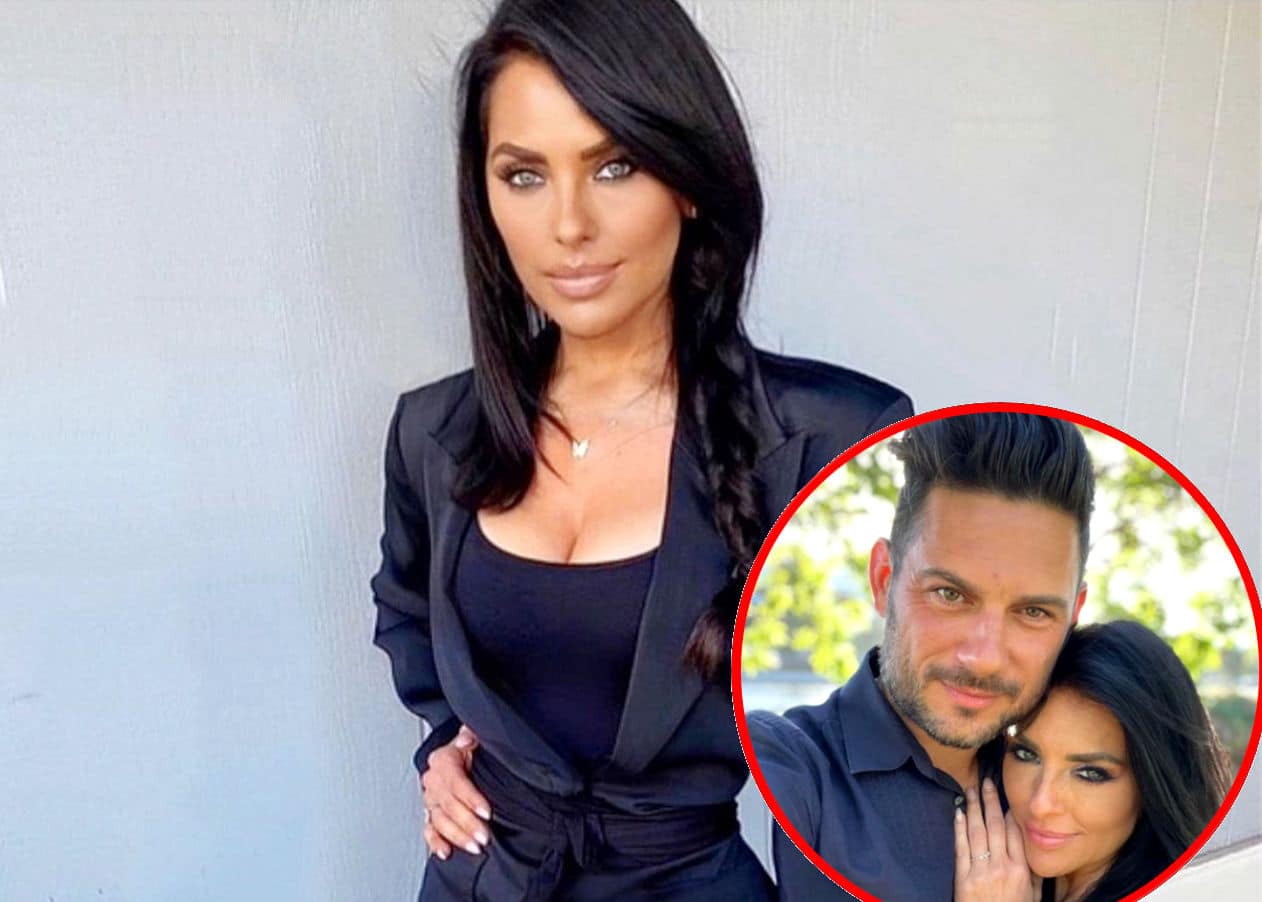 Vanessa Villela‘s boyfriend, Nick Hardy, caused quite the stir when he presented her with a ring at The Oppenheim Group offices amid Selling Sunset season five. But months later, after many questioned the meaning behind the ring, he presented her with the ring she truly wanted: an engagement ring.

During a new interview, Vanessa, who joined the cast of the Netflix series in 2021, opened up about Nick’s proposal before reacting to Christine Quinn‘s tweet regarding the allegedly “fake storylines” of the show, commenting on Jason Oppenheim‘s split from Chrishell Stause, and discussing the “unexpected” events of the cast’s first-ever reunion.

“It was our year anniversary,” Vanessa told Page Six on April 29 of the day Nick proposed at the Griffith Observatory. “It was incredible.”

“He gave me some cards and he was like, ‘Okay I want you to close your eyes and trust me. Don’t move.’ So I squinted my eyes closed and he put the cards in my hand [and] says, ‘Will you marry me?’ And I’m like, ‘What?’ I opened my eyes and I saw him there, kneeling like the prince that he is,” she recalled.

According to Vanessa, she established a friendship with Nick on an app before the two of them spent a couple of months together in Mexico and later returned to Los Angeles as a couple, where, as viewers will recall, Nick gifted Vanessa with a promise ring.

“When he was leaving, he gave me that promise ring as a promise of love and that he will be coming back and we will be together. That was the meaning of the ring: A promise of love,” she explained of the time.

Prior to her debut on Selling Sunset‘s fifth season, Vanessa’s castmate and former co-worker, Christine, shared a tweet that targeted the episodes of the season, reading, “[Thirty] minutes till the launch of [Selling Sunset]. Enjoy the new season and all of its 5,000 fake storylines!”

“We are putting ourselves out there. We are very vulnerable. We are opening our lives to the audience and to see that, it’s not true… and I don’t know why she said that,” she shared.

Also upsetting to Vanessa was Jason and Chrishell’s split, although for different reasons.

“It’s very sad to see that Jason and Chrishell had such a beautiful story and he still seems not to be ready to be a dad and to give those things to someone,” she said. “I don’t know if something happened in his past that’s stopping him from getting deep into [a relationship]. But.. He’s a great man. He was super in love with this gorgeous Chrishell and I hope it happens to him again and I hope at that time, he’s ready.”

As fans certainly know by now, Christine didn’t make it to the reunion due to a positive COVID-19 diagnosis, which Chrishell labeled a “lie” after seeing that she had filmed a commercial with Real Housewives of New Jersey cast member Melissa Gorga just two days later.

“When we were about to start, they told us she tested positive for COVID. They were trying to figure out if she could do a Zoom like [Amanza Smith] did,” Vanessa revealed of the producers’ efforts, which were made to no avail.

Because Vanessa suffered a falling out with Christine during the season, she said she would have liked a chance to address their relationship at the reunion, especially after Christine accused Vanessa of failing to be there for her amid her bribe drama with Emma Hernan.

“I have always been her friend. The fact that I didn’t defend her at the brokerage has nothing to do with if I’m a good friend not. I did call her after that happened. I messaged her. I said, ‘Let’s talk tomorrow’ and I called her and she didn’t answer. So for me to see that she said that I [wasn’t] there for her, it was really upsetting,” Vanessa stated, noting that she was put off by Christine’s behavior towards others.

“If I see with my own eyes that you’re hurting other people, I’m not going to defend you. That’s not the type of friend that I am. I am a friend that will tell you the truth,” she explained.

Vanessa went on to say that when it comes to the reunion, fans “can expect unexpected emotions” and “surprises.”

The Selling Sunset season five reunion was released on Netflix on Friday, May 6.