Home Southern Charm Patricia Altschul On Why She Didn’t Attend Madison LeCroy’s Engagement Party, Says Southern Charm Season 8 is “Going to Be a Good One”

Patricia Altschul On Why She Didn’t Attend Madison LeCroy’s Engagement Party, Says Southern Charm Season 8 is “Going to Be a Good One” 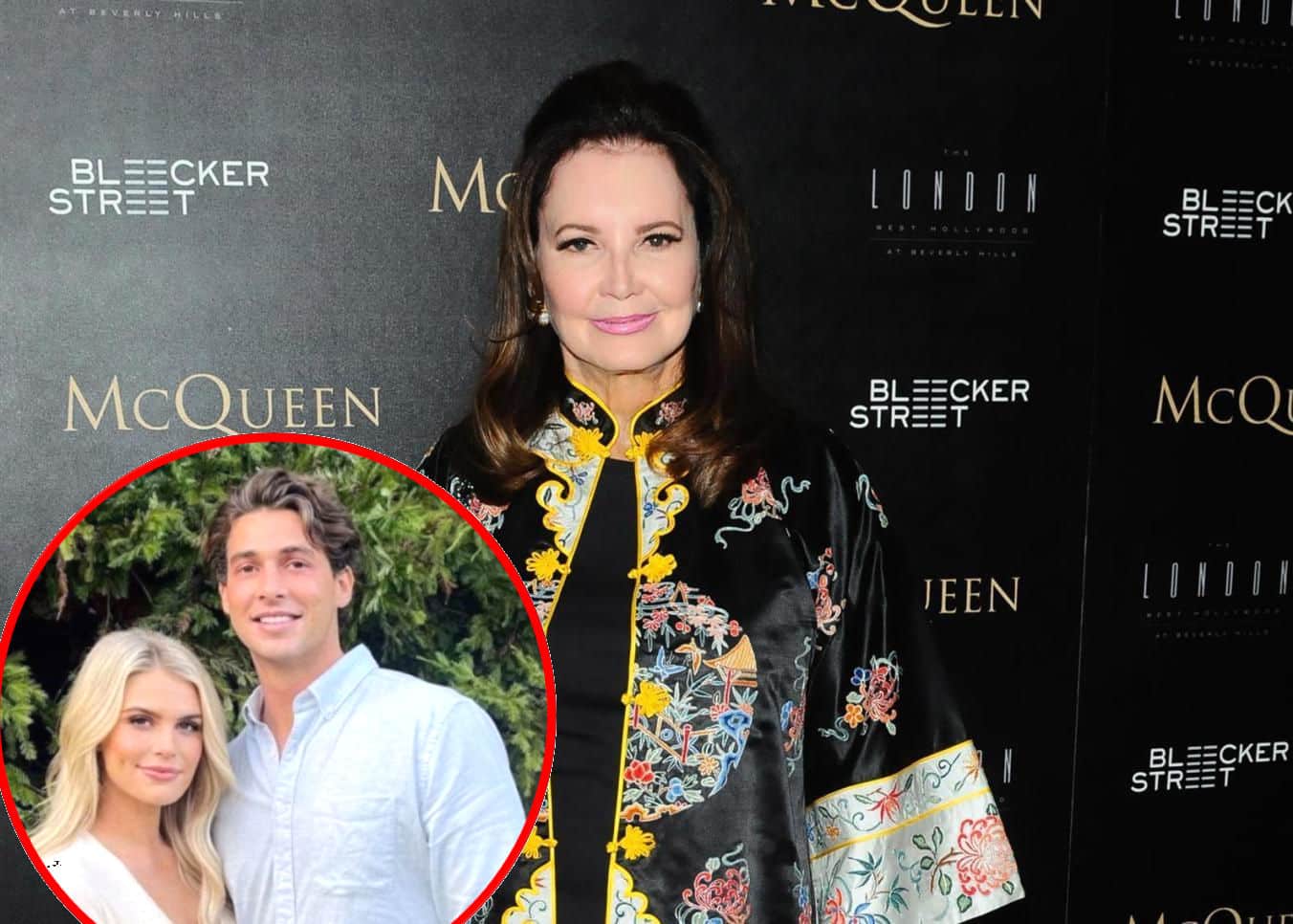 Patricia Altschul is speaking out about why she wasn’t in attendance when Madison LeCroy and Brett Randle celebrated their engagement earlier this month.

On Instagram, after being questioned by a fan who wanted to know if she’d been invited to what she believed was Madison’s wedding, Patricia revealed the reason behind her absence while also addressing the upcoming eighth season of Southern Charm, which she told her online audience was “going to be a good one.”

“Were you not invited to Madison’s wedding?” the fan asked days ago.

“It was an engagement party and I was in Savannah,” Patricia explained. 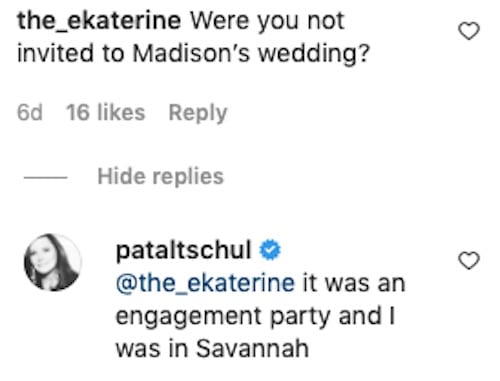 As Patricia explained in a separate Instagram post, she traveled to Savannah to appear in an upcoming documentary based on the life of her late friend, fashion icon André Leon Talley, the former editor-at-large of Vogue, who passed away in January.

“BIG NEWS………there is going to be a documentary on Andre Leon Talley and I’m here at SCAD in Savannah to tell vignettes from our 30 years of friendship,” Patricia wrote on Instagram on May 20, along with a photo of herself seated in front of a camera.

Although she was not joined by her friend, Patricia, Madison couldn’t have been happier with the outcome of her and Brett’s engagement celebration, saying, “Honestly this engagement party was 10/10,” as she shared a slideshow of photos taken at the event.

Days after venturing to Savannah, Patricia returned to Instagram, where she shared a clip from Southern Charm and told her fans and followers the new episodes would be “good.”

“‘Jello Shots’ are low class … New season of [Southern Charm] starts on June 23 and it’s going to be a good one.”

Madison and Brett, who recently purchased a $1.5 million home in Charleston, are planning to get married later this year.

“A lot of people are asking me when I’m getting married. I mean, I would marry him tomorrow,” Madison shared earlier this year on Instagram Live. “But I do want to at least make sure that our families can be there and at least our parents. So the Southern Charm cast will not be at my wedding only because, like I said, we’re doing family. And that’s kind of it.”

During the same social media session, Madison confirmed Brett will not be seen on Southern Charm.

“My fiancé will not be on Southern Charm. I hate to say that. But you know, it’s just not his thing. And not only that, but I want this to work,” she explained.