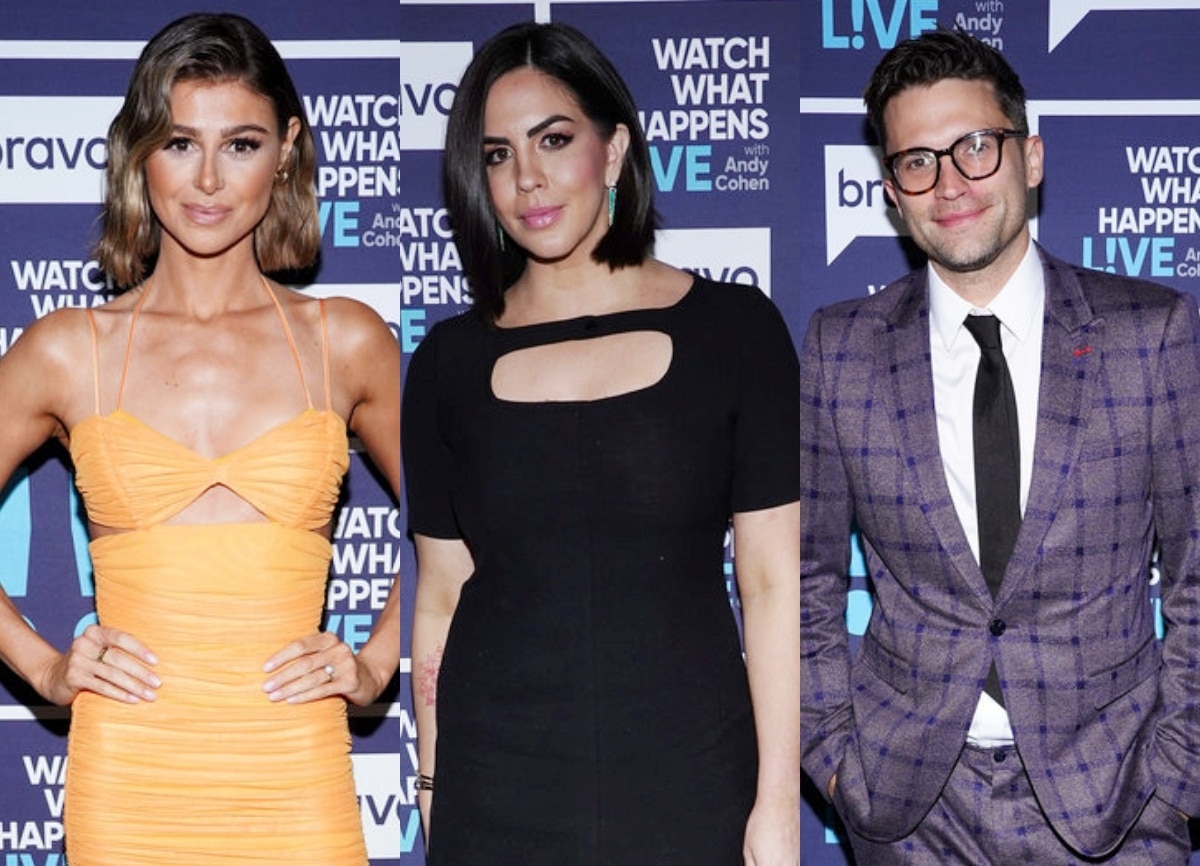 Katie Maloney and Tom Schwartz claim to be in the midst of a super-friendly divorce. But are they really?

As the former couple insists that they have successfully maintained a friendship with one another despite Katie’s decision to put an end to their 12-year relationship earlier this year, a new report suggests that their Vanderpump Rules castmates are being forced to pick sides.

“I feel like with Tom and Katie, they do expect [people to pick] sides, unfortunately,” Raquel Leviss told Page Six at the Vanderpump Dog Foundation’s sixth annual World Dog Day on Saturday. “It has [changed the dynamic], yeah. It seems that way, anyway – even though I’m friends with both of them.”

According to Raquel, she doesn’t “get that vibe” from Katie and Tom, but she has heard from Scheana Shay that cast division is impending.

“Scheana [Shay] does, so you should ask her,” she explained.

But while Scheana did attend the event, along with fiancé Brock Davies and their one-year-old daughter, Summer Moon Honey Davies, they did not appear on the pink carpet for press interviews.

Katie and Tom also didn’t appear on the pink carpet, choosing to instead spend time together briefly before going their separate ways.

Back on the carpet, Lisa Vanderpump, who hosted the event, said that when it comes to the upcoming 10th season of Pump Rules, she believes fans will “see there have been some tough moments” between Katie and Tom.

“The thing with this cast is, they’re very open emotionally. Maybe it’s because they’ve kind of grown up with the cameras, you know? It’s been 10 years,” she explained. “They’re very relaxed about sharing their lives. I think that makes for fascinating television. It’s people’s journeys, and this is a journey a lot of people relate to as well.”

And while Lisa admitted things have been particularly “tough” on Tom, she suggested she hasn’t lost hope for a future reconciliation.

“Who knows? Maybe the fat lady hasn’t sung yet,” she said.

No matter what happens with Katie and Tom, Lisa said viewers should expect “a lot of change” from season 10.

“It’s always moving. I don’t think any season would give exactly the same show because there’s so many moving parts, and things change,” she noted. “There’s been a lot of change, you know, with Raquel and James [Kennedy], and Tom and Katie. There’s a lot of pieces to the puzzle.”