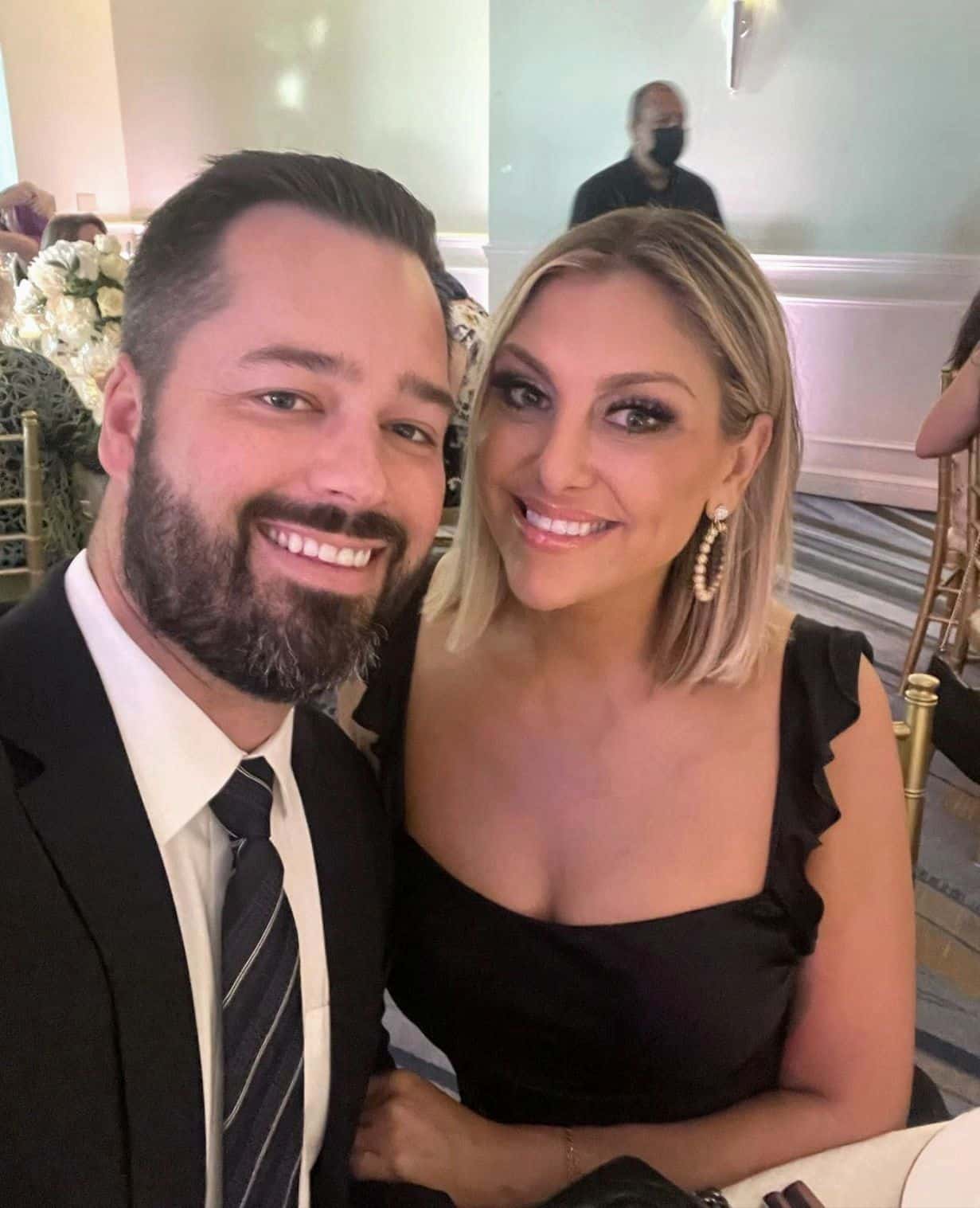 Gina Kirschenheiter‘s February 2019 arrest is coming back to haunt her amid boyfriend Travis Mullen‘s messy custody battle with his estranged wife Meghan Mullen.

Nearly three years after she was taken into custody on a DUI charge, the Real Housewives of Orange County star has been mentioned in Meghan’s newly filed court documents as she attempts to convince the court that the three children she shares with Travis, 10-year-old Presley, eight-year-old Bennet, and five-year-old Joseph, aren’t in good hands when in the care of the reality couple.

According to the documents, which were filed by Meghan in May and obtained by Radar Online this week, Meghan wrote, “I am concerned about Gina’s behavior and drinking. She received a DUI in 2019 where she lost her driver’s license.”

“The kids tell me that sometimes when they wake up in the morning, she will be asleep with an empty bottle of wine and glass next to her,” she continued.

As RHOC fans may recall, Gina pled guilty to the DUI charge and was sentenced to three years probation, 20 hours of community service, an alcohol offender program, and required to pay a $140 fine.

While discussing the matter amid the 14th season of the Bravo reality show, Gina said, “I’m so bummed that I made such a stupid friggin’ decision to get in the damn car and drive that night. I wanted to go home. I got in the car, I should never have driven. … It’s my worst defining moment, ever.”

In addition to spotlighting Gina’s alleged drinking habits, Meghan also revealed in her court documents that daughter Presley allegedly saw Gina push Travis down the stairs during an argument about her drinking, which sources close to Gina denied.

Meghan filed her court documents after Travis requested an “emergency investigation” into their custody agreement, claiming Meghan has violated their agreement by keeping their children from him since May 8. However, according to Meghan, she hasn’t exchanged the kids with Travis because she believes “our children may be living in a home where they are witnessing domestic violence.”

On Tuesday, Meghan appeared in court to discuss a misdemeanor battery charge she received following an alleged assault against Travis in October 2021.

Meghan pled “not guilty” to the charge and is expected back in court in July.

And in new court docs, Meghan insists she does want her and Travis’s kids to have a relationship with him.