Home Real Housewives Ultimate Girls Trip RHOA Alum Eva Marcille on Why She’s Pissed at Marlo, Being Disappointed by Vicki on RHUGT, and Which Cast Member Most Wants to Be Back on Their Show

RHOA Alum Eva Marcille on Why She’s Pissed at Marlo, Being Disappointed by Vicki on RHUGT, and Which Cast Member Most Wants to Be Back on Their Show 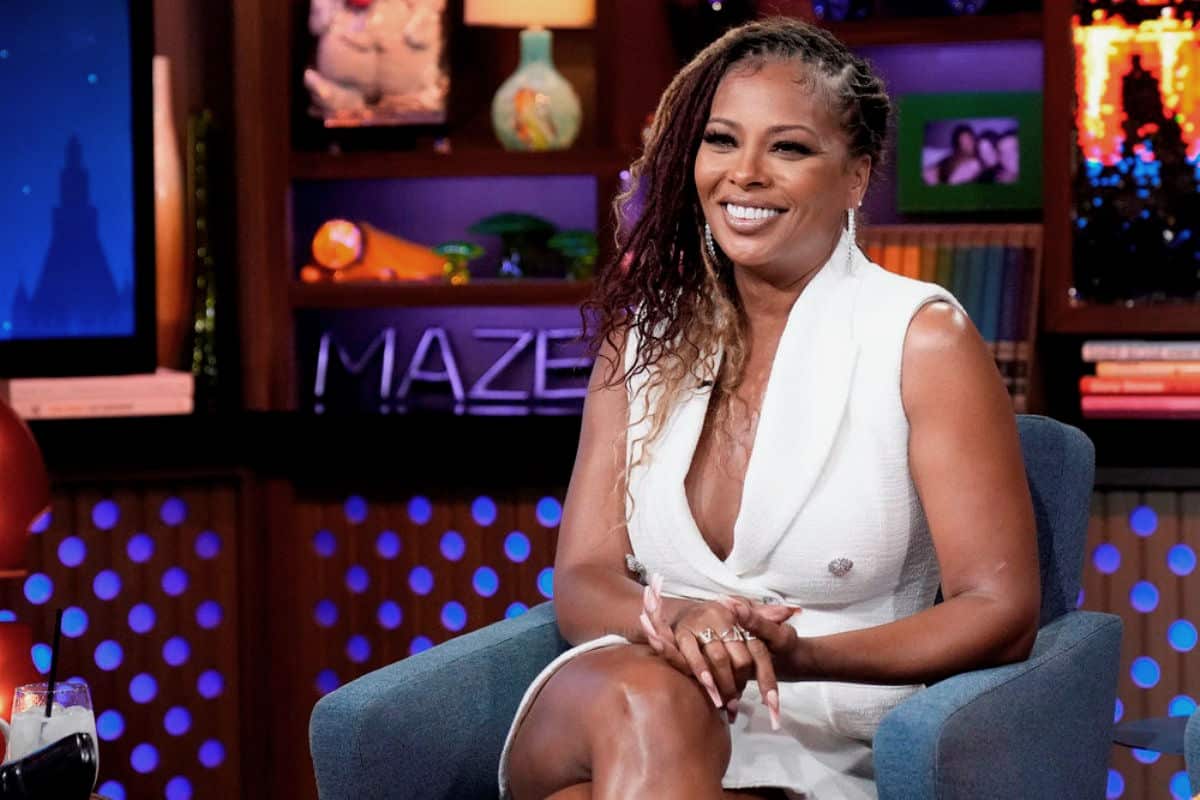 Eva Marcille admitted to being “pissed” at Marlo Hampton during Sunday night’s episode of Watch What Happens Live.

Following several episodes of The Real Housewives of Atlanta in which Marlo was seen at odds with one particular castmate, Eva spoke to host Andy Cohen about her issue. She also discussed her thoughts on the cast of Real Housewives: Ultimate Girls Trip season two, The Ex-Wives Club.

“You’re pissed at Marlo a little bit,” Andy noted on the July 10 episode of WWHL.

According to Eva, she doesn’t appreciate the way Marlo has treated Kandi Burruss throughout the 14th season of RHOA.

“This was Marlo’s opportunity to go on Housewives and show the world who she really is. I don’t think she has had the opportunity — and she has a great pivot with these boys to become a better person. But for some reason, she likes to pick on my friend, who I thought was her friend: Kandi Burruss. And it’s like, ‘What are you doing?’”

“I know Kandi at this point and I can tell when Kandi’s unaffected and when she’s affected. Kandi’s feeling are hurt and I don’t like to see my friend’s feelings hurt so you can maintain a piece of fruit on a show,” she continued.

Also during the WWHL episode, Eva dished on her RHUGT co-stars, including Real Housewives of Orange County alum Vicki Gunvalson, who didn’t live up to her expectations — at all.

“Every day. She never whooped it up, like ever,” Eva complained.

Eva, like the rest of the cast, didn’t appreciate the fact that Vicki was against the COVID-19 vaccine, saying that it’s “as wrong as her not really knowing what to do with a penis,” and she noted that she brought Tamra Judge down and made her less fun.

She then said that the “Dornado” came out early when asked about Real Housewives of New York City alum Dorinda Medley being triggered by Brandi suggesting she wanted to be back on her show.

“I think it was very telling,” Eva admitted.

However, when asked who wants to be back on their show the most, Eva named Jill Zarin.

As for Brandi’s “mangina” comment about her husband, Michael Sterling, Eva said, “I don’t know. But she wanna keep it cute. Whatever it is, it better be cute cuz she’s my friend.”