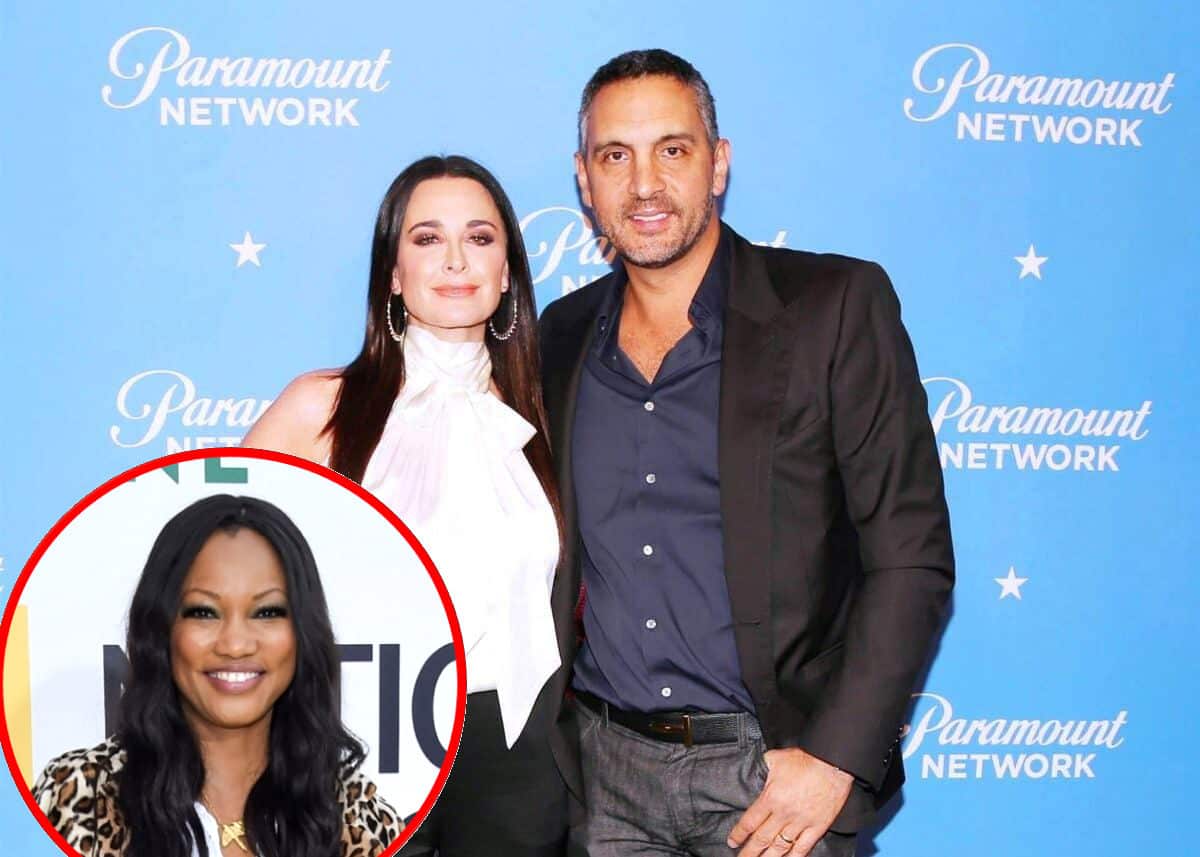 Kyle Richards may have alluded to the fact that she hadn’t yet apologized to Garcelle Beauvais for laughing at Erika Jayne‘s drunken behavior at her birthday party, where the performer cursed at Garcelle’s 14-year-old son, Jax, when she shared a statement on her Instagram Story about the backlash she’s received. But according to a new statement, she and husband Mauricio Umansky actually apologized “immediately.”

After Kyle and Mauricio faced criticism for laughing as they discussed Erika’s offensive behavior toward Jax on a recent episode of The Real Housewives of Beverly Hills, which included telling the child to “get the f–k out” as they celebrated Garcelle’s birthday, Kyle confirmed both she and her husband reached out to her castmate.

“My husband and I both, of course, apologized to Garcelle,” Kyle shared during an Amazon livestream on July 12, via E! News. “I didn’t put that in my Instagram Stories when I was explaining it because, honestly, when I apologized, it was genuine.”

On her Instagram Story, Kyle had insisted that she wasn’t laughing at what Erika said to Jax, but rather Erika’s drunken antics in general. She then confirmed she’d apologized to Sutton Stracke, whose past miscarriages she’d questioned.

“I felt like it was personal between us and I didn’t want to do that and go tell everybody, because it was for Garcelle, not for everyone else. But I’m saying it now because people think I didn’t apologize to her, but my husband I did immediately,” Kyle continued.

According to Kyle, she felt so “terrible” about her laughing scene that she actually stopped watching RHOBH.

“I had to disconnect from that a bit,” she explained. “I felt terrible watching that scene. That’s why I don’t wanna watch the show right now, personally, because I never, ever, ever should’ve commented on something that I didn’t see.”

Although Kyle may not have seen Erika cuss at Jax in person, she did repeat what she believed was said.

“You guys, did you miss what Erika said to Garcelle’s son, the 14-year-old, to go f-ck off? I mean, it’s not funny. But it is funny,” Kyle had said as Mauricio said it was “great that she did that.”

In addition to Kyle and Mauricio offering apologies to Garcelle, Erika also reached out, as seen in a preview of the July 13 episode.

“I agree and take full responsibility,” Erika told Garcelle. “I was sh-t-talking and treating the kids like they were adults and I was wrong. So I fully apologize… I also want to say this: It didn’t come from a bad place, wasn’t vicious. It was just wrong.”