Home Real Housewives of Orange County News VIDEO: Vicki Gunvalson and Tamra Judge Argue Over Teddi on WWHL as Tamra Explains Waiting to Reveal Denise Hit on Her, Plus Weighs in on RHOBH Drama

VIDEO: Vicki Gunvalson and Tamra Judge Argue Over Teddi on WWHL as Tamra Explains Waiting to Reveal Denise Hit on Her, Plus Weighs in on RHOBH Drama 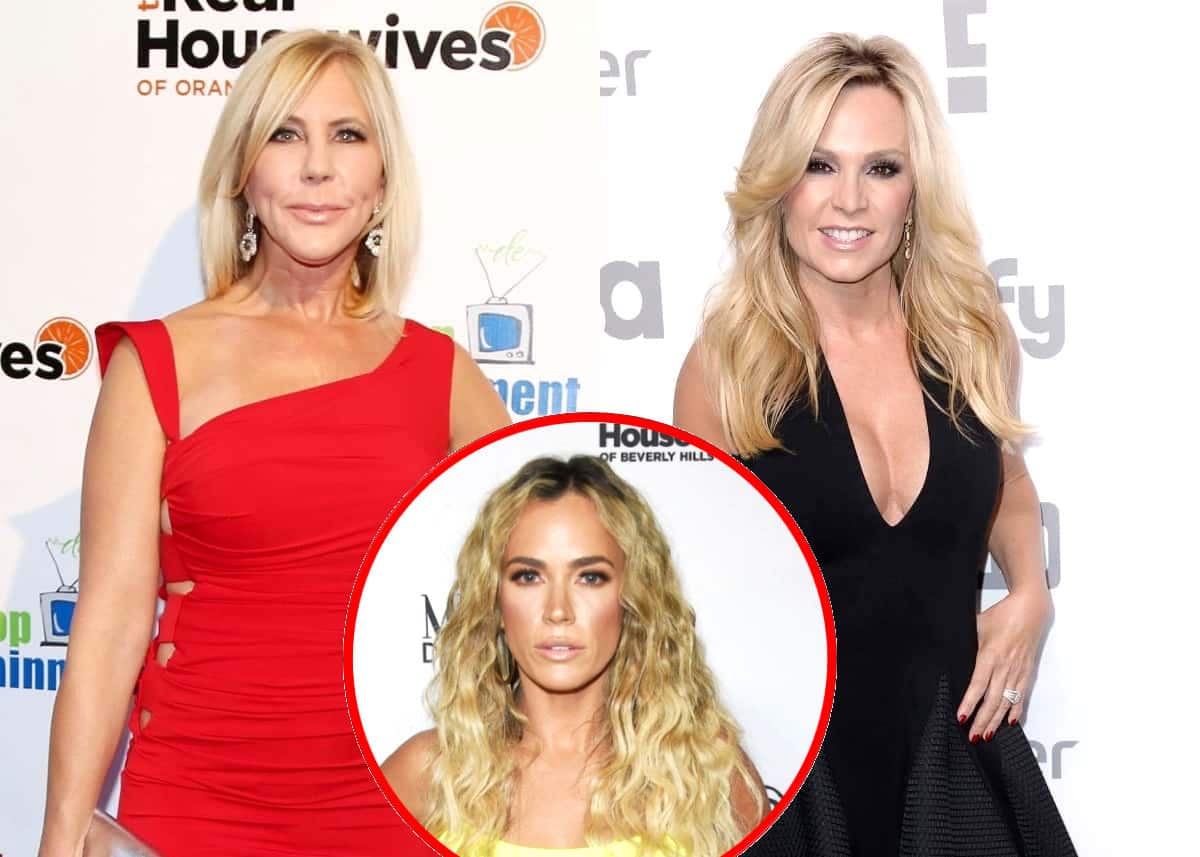 Vicki Gunvalson and Tamra Judge got into quite the argument over Teddi Mellencamp on Tuesday’s episode of Watch What Happens Live.

As they promoted the second season of Real Housewives: Ultimate Girls Trip, the Real Housewives of Orange County alums looked back on Vicki’s social media war with the former Real Housewives of Beverly Hills star before Tamra explained why she waited until the RHUGT cameras were rolling to reveal Denise Richards allegedly hit on her at BravoCon.

“[It’s] very awkward. I want them to get along,” Tamra told Andy Cohen of Vicki’s feud with Teddi, her podcast co-host, on the July 19 episode of WWHL.

“You can not like people you’ve never met, right? She asked me where I was on January 6. That was an idiotic thing to say to somebody,” Vicki explained, giving a nod to Teddi’s suggestion that she was part of the insurrection at the Capitol.

“She said that after you went after her,” Tamra pointed out.

“I just said I don’t like her. That doesn’t mean I went after her,” Vicki replied.

But according to Tamra, there’s “no reason” for Vicki not to like her.

As tensions rose between them during the live broadcast, Vicki said they’ll talk about it later before telling Tamra not to be “so defensive” and confirming, “I don’t like her.”

When a caller then asked Tamra why she waited to reveal details about Denise’s supposed efforts to hook up with her until RHUGT, she put the blame on Brandi Glanville, who previously accused the RHOBH alum of sleeping with her, which Denise denied.

“I never really thought I was ever gonna say anything and I wasn’t on the [RHOBH] cast so it wasn’t something I was involved in,” Tamra began.

But after Brandi brought up the issue on camera, she had no choice.

“What you didn’t see is she brought it up on-camera so then I had to be like, ‘Thank you Brandi.’ But I 100 percent want to support Brandi. I knew that she was made to look like a liar and she wasn’t,” Tamra insisted.

Later, Tamra was asked to weigh in on the latest drama of RHOBH, starting with whether or not she felt Diana Jenkins was being too critical of Sutton Stracke.

As for Erika Jayne telling Garcelle Beauvais‘ son Jax, 14, to “get the f-ck” out of her birthday party, Tamra said, “You don’t tell anybody’s son anything like that. That was so wrong.”

She also felt that Kyle Richards, Dorit Kemsley, and Lisa Rinna were too lenient on their co-star.

“Yeah,” she confirmed. “But I can understand why, because Erika’s going through so much but I don’t want to make excuses.”