RHOBH Alum Camille Grammer Responds to Diss by Crystal Kung-Minkoff After Crystal Told Her to “Get a Job,” Denies Calling Her “Boring” and Addresses “Dark” Drama 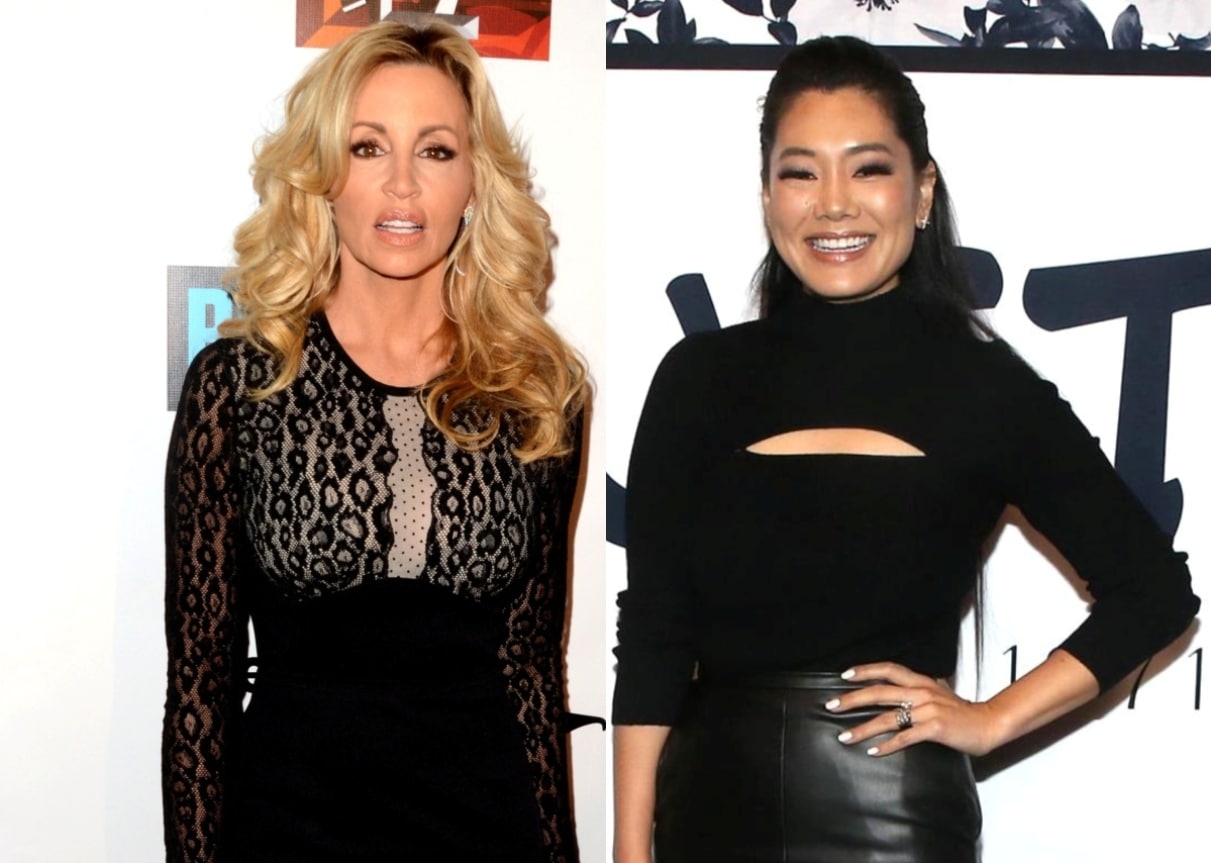 Camille Grammer shared a shady post regarding Crystal Kung-Minkoff last month on Twitter. But in a series of new posts shared on Instagram, she seems to be making an effort to settle their feud.

After seeing that Crystal had told her to “get a job” after learning she had allegedly labeled her as “boring” amid Real Housewives of Beverly Hills season 12, Camille praised her as “very pretty” in a comment before explaining what she meant when she reacted to Crystal’s “boring” drama on the show.

“She’s very pretty,” Camille had written in her first message. 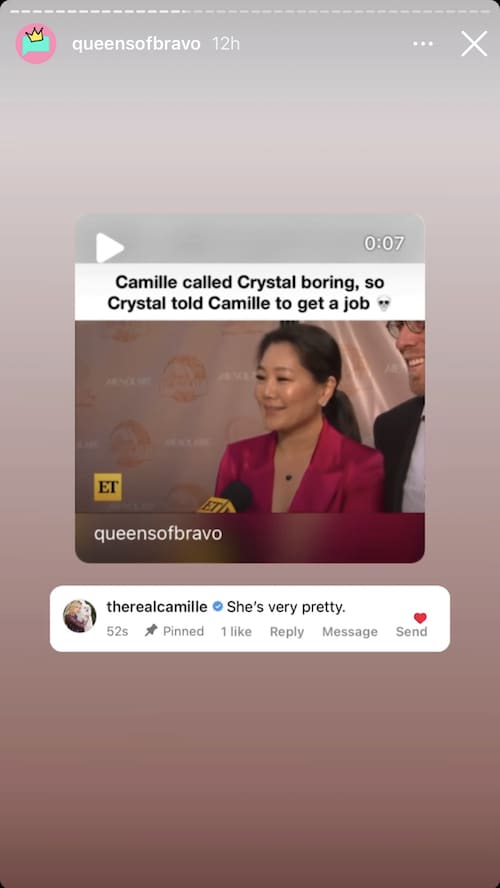 Then, in a second message, Camille denied calling Crystal “boring,” saying she was referring to the “dark” storyline between her and Sutton Stracke, who Crystal suggested said something “dark” amid their season 11 racial dispute.

“I didn’t say she was boring but the so called ‘dark’ storyline was. Stop stirring,” Camille said in response to Crystal’s “get a job” comment, along with a smiley-face emoji. 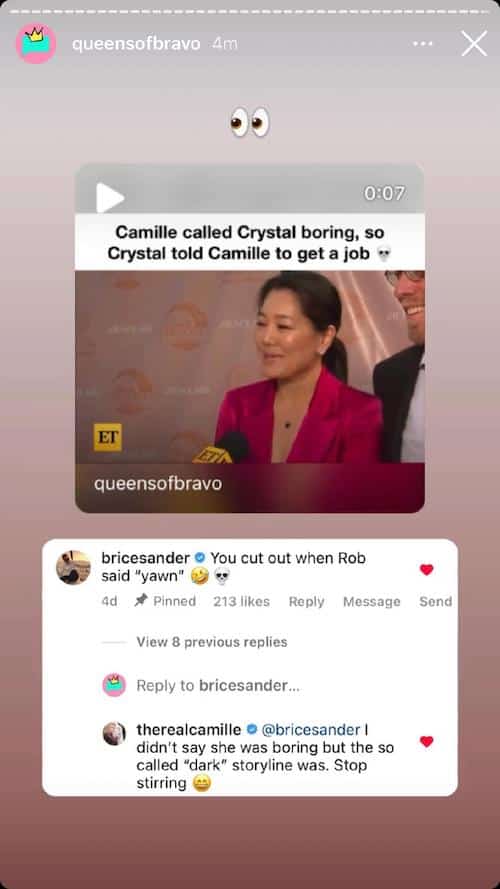 In June, Camille shared a series of tweets in reference to recent episodes of RHOBH, one of which complained of the “boring Crystal storyline.”

“Ugh. Reaching for a storyline,” she alleged.

At the same time, Camille shaded cast member Dorit Kemsley, saying she is “so boring” and “insufferable” after a fan mentioned her home invasion.

Shortly after the diss from Camille, Crystal spoke to Entertainment Tonight, saying that while people have said she’s “boring” in the past, she’s not one to slam the storylines of others because she’s far too busy to do so.

“There’s people that like to comment about things like this, I don’t know. Like, it’s not my style, I’m a very busy person. So maybe she should get busier. Get a job,” she advised.