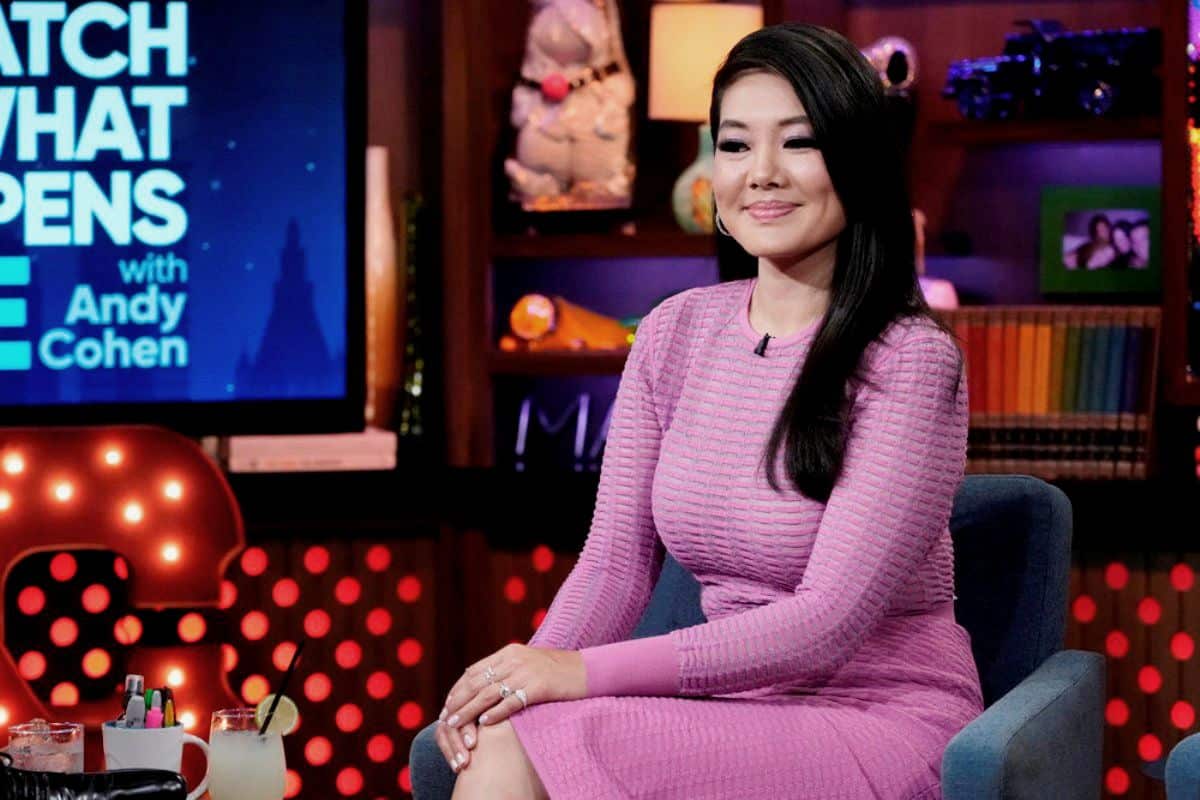 They always say that the second season is the hardest for cast members of the Real Housewives. And for Crystal Kung-Minkoff, such was the case for her sophomore season of The Real Housewives of Beverly Hills.

While attending Kathy Hilton‘s RHOBH screening on Wednesday, Crystal said that season 12 of RHOBH was not only harder to film than her first season, but it was also harder for her to watch.

“I did [feel that],” Crystal admitted to Entertainment Tonight on July 20. “And it’s so funny because, it actually looks harder, too! I didn’t know at the time, really– I mean, I felt it, but I was like, ‘Oh, this is just part of [the process]…’ and then when you re watch, you’re like, ‘Ugh.'”

One particular scenario that was frustrating for Crystal to relive was the drama surrounding the loss of her 14 friends (which she since has confirmed is more like three). As she explained, she feels her story was twisted due to the fact that she couldn’t say why the falling out occurred.

“It was actually about the show,” she explained. “That’s why it doesn’t go on [air], because it’s breaking fourth wall.”

According to Crystal, she and some of her friends lost touch due to jealously

“People… sometimes people don’t want you to sort of walk out of the bubble they’re used to,” she noted.

Though Diana Jenkins, who was added to the show as a newbie for season 12, has received backlash online for appearing to be a bit blunt and even cold, Crystal described her new castmate as “black and white,” and she said she appreciates the fact that she won’t “adjust” to the box people would like to put her in.

“She’s just less forgiving… I think once she feels sort of wronged, it’s hard for her to see otherwise,” Crystal reasoned. “I get why people are hard on her, but that’s just who she is.”

During Wednesday night’s episode of RHOBH, Kyle Richards brought up Crystal’s then-recent comments about her eating disorder, encouraging her to discuss the matter with the group.

“I was a little surprised,” Crystal admitted. “I’m the one that posted about how I was feeling– I guess I always think the show is the show and outside of the show is my life, like, ‘Oh they brought it up again.'”

And once it was brought up, Erika Jayne shockingly brought up the idea of using laxatives.

In response, Crystal told Entertainment Tonight, “I do think that people respond to kind of uncomfortable situations differently. Some people are more empathetic, some people are awkward, [and] some people can be judgmental.”

While Crystal took Erika’s comment surprisingly well, she didn’t appreciate her antics toward Garcelle Beauvais‘ 14-year-old son, Jax, who she told to “get the f-ck outta here” on an episode of the show earlier this month. That said, she never intended to start a feud with her amid the incident.

“[Jax] doesn’t need to experience another adult screaming,” Crystal explained of her decision to avoid a confrontation. “Maybe I’ll have a discussion later, but in that moment it’s about protection and self-preservation.”

“Call me boring, I don’t care,” Crystal continued, giving a nod to former RHOBH cast member Camille Grammer‘s recent suggestion that her storyline is “boring.” “There’s people that like to comment about things like this, I don’t know. Like, it’s not my style, I’m a very busy person. So maybe she should get busier. Get a job.”

Also during the interview, Crystal reacted to Garcelle accusing her of lying in an effort to set up Sutton Stracke after their racial feud last year, saying that she and Sutton are in a “good” place.”

“She texted me recently — very recently — said some nice things. … She knows I didn’t [do what Garcelle accused me of doing to Sutton]. She knows that,” Crystal stated.