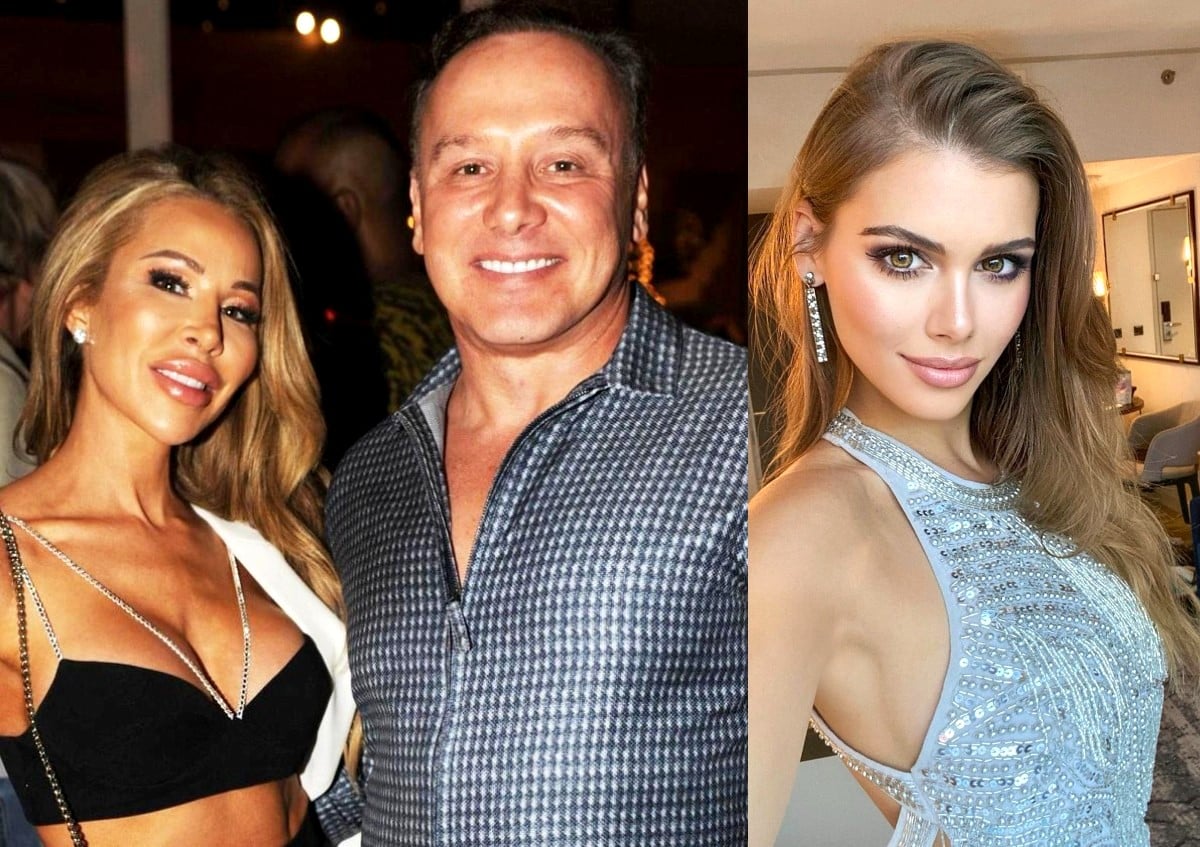 Lisa Hochstein fired back at estranged husband Lenny Hochstein after seeing that he had joked about having a “wife and a girlfriend” during an online conversation with his mother.

In an Instagram comment, the Real Housewives of Miami star, who was recently hit with a restraining order from Lenny’s girlfriend, Katharina Mazepa, who claims to have been threatened by her, shaded her former spouse for poking fun at such a “sad time” in their family’s lives.

On Instagram, after sharing a photo of himself in Europe, Lenny was met with a comment from his mother, Marina Hochstein, who said he looked 20 pounds thinner and asked if he was “on a starvation diet.”

“Having a wife and a girlfriend can be stressful,” he replied.

Then, after Marina said she wouldn’t recommend such a scenario to anyone, Lenny confirmed he was joking.

“Just a joke mom,” he explained.

And after seeing the post, Lisa offered a response of her own.

“Impressive that you find humor in this very sad time in our family’s lives,” she wrote, via a screenshot from Bravo and Cocktails on Instagram. 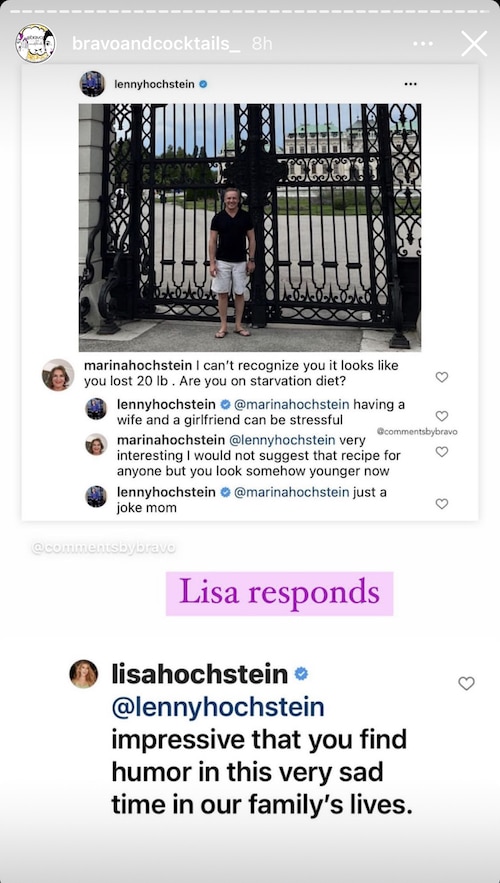 As for Katharina’s restraining order against Lisa, the model filed a 15-page “temporary injunction for protection against stalking violence” on July 22, claiming the RHOM star has been engaged in a campaign of “harassment, cyberstalking, bullying and defamation” since her relationship with Lenny began in May (the same month that Lenny confirmed his split from Lisa).

According to the filing, Katharina accused Lisa of “making threatening phone calls, creating fake social media accounts and posting threatening and false statements” to her and about her online, including allegations of an affair, which Katharina claims are part of a “false narrative” created by Lisa.

“I was not involved with Lenny until after Lisa and him had separated,” Katharina told E! News on August 1. “As Lenny pointed out in his own public statement, they have been separated and sleeping in different bedrooms for months now and living separate lives for months now. It is only after Lenny’s separation that we began dating and having a relationship.”

“How can she have had ‘no idea’ about us going out together when she had time to directly threaten me and [my] home with statements like ‘you are going to pay’ [and] ‘I will destroy you’?” she continued.

Katharina went on to say that Lisa has threatened to have her deported back to her home country of Austria and said she’s “not the only victim of Lisa’s actions, as Lenny is as well” as she makes “false allegations” in an alleged effort to “gain an advantage over Lenny in the divorce proceedings.”

“[Lenny] has not exposed me to his children as Lisa has stated…and has always acted with the utmost mindset to protect his children and family. I respect that and help Lenny accomplish that by not being around his children despite what Lisa says,” Katharina added.

“The couple are very happy together having recently moved in together in Miami where Katharina works as a fashion model,” Louisa shared. “Katharina hopes this filing will help her move on peacefully with her relationship with Lenny.”

A judgment on the request will be made during an August 15 hearing.

The Real Housewives of Miami season five wrapped filming last month and is expected to return to Peacock by the end of the year.