Home Real Housewives of Beverly Hills News Kyle Richards on What She’s Learned From RHOBH, Why Certain Newbies “Don’t Last,” and Celeb Crush, Plus Why She Wants Teddi to Back on Show

Kyle Richards on What She’s Learned From RHOBH, Why Certain Newbies “Don’t Last,” and Celeb Crush, Plus Why She Wants Teddi to Back on Show 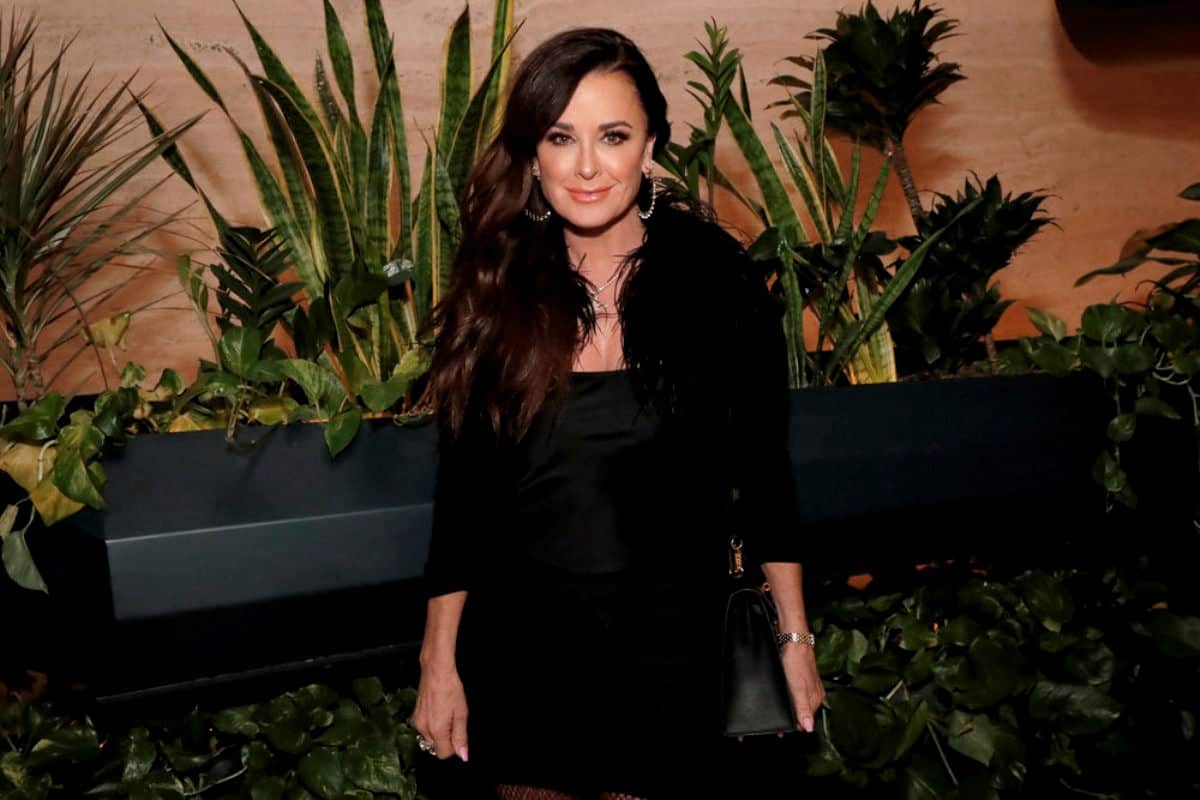 Kyle Richards has learned a thing or two over the years she’s spent starring on The Real Housewives of Beverly Hills.

In a couple of new interviews, Kyle opened up about her 12 years on the Bravo series as she explained why certain newbies “don’t last,” revealed what she’s learned from the show, shared her celebrity crush (who is “not as cute” as her husband, Mauricio Umansky), and more.

During an interview with The Things on August 1, after admitting she “had no idea” that being a reality star “would be this difficult,” Kyle said it’s important to “always be true to yourself.”

“And don’t ever, ever feel like you have to ‘bring it on,’ or do something you wouldn’t usually do without the cameras,” she recommended.

According to Kyle, she had moments of inauthenticity when she first joined RHOBH.

“When I first started the show, they would interview me in the confessionals, and I didn’t know that I didn’t have to answer certain things. They would ask, ‘How much did you spend on this party?’ And I would find it a shocking question, because I was not raised to talk about money. But, I would never push back.”

Luckily, she’s changed her outlook, saying that now, “[I know that if] you don’t want to say something, you just don’t say it,” and advising newbies to abide by that very rule.

“Never say or do anything that you don’t want to do, and that isn’t who you truly are,” she urges. “When a Housewife comes in thinking they’re going to play a character, or they want to be liked, or they are going to project a certain image – it never works if it’s not real.”

“Those are the ones that don’t last,” she added.

During a separate interview with Pinkvilla, Kyle revealed that being authentic isn’t the only thing she’s learned from her time on the show.

“I’m somebody who never liked confrontation. I’d rather brush it under the carpet because it provoked my anxiety. So I really learned to address it, and that’s spilled into my personal life as well, which has helped me with relationships and my mental health,” Kyle shared, noting that she’s no longer “holding things in that are eating [her] up inside.”

Then, while playing a game of rapid fire questions, Kyle said she’s love to do a crossover with Below Deck, saying it would be “all the housewives” on one of the show’s boats, and named Lenny Kravitz as her celebrity crush.

“I don’t want to get in trouble with my husband but he’s very handsome, very sexy and he’s got great style and he has good taste in homes also. But he’s still not as cute as my husband,” she insisted.

She also said that the most expensive thing she’s owned is “a ring that my mom left me” and gave The Real Housewives of Salt Lake City the honor of “guilty pleasure.”

Regarding which former RHOBH cast member she’d like to have back, Kyle named Teddi Mellencamp and explained why.

“Teddi was actually an amazing housewife,” Kyle stated. “As people like to say, she understood the assignment. But I also think that she’d be more comfortable being herself now and so people would see the real Teddi more. And it just makes the show more fun for me to have her.”

Also, during her chat with Pinkvilla, Kyle looked back on the cameo her Halloween co-star Jamie Lee Curtis recently made on the show, revealing that although Jamie was taken aback by the behavior of the women, she offered a sweet post-filming gesture to them.

“I don’t know what she thought she was getting into, but she was like, ‘I cannot believe these ladies. This is crazy… Now I get why people love these shows so much,'” Kyle recalled. “But she ended up having so much fun with us. The next days she texted me and said, ‘Please give me everybody’s address.’ And she sent them and their kids Christmas gifts.”

As for her future with the series, Kyle admitted that there will one day come a time where she’ll say, “This is too much.”

“I just take it each season at a time. Ultimately, the relationships with the cast and production is what keeps me there,” she explained.