VIDEO: Rumored New RHOC Housewife Jennifer Pedranti Films Season 17 With Emily Simpson, Get Details on Her Ties to the Cast 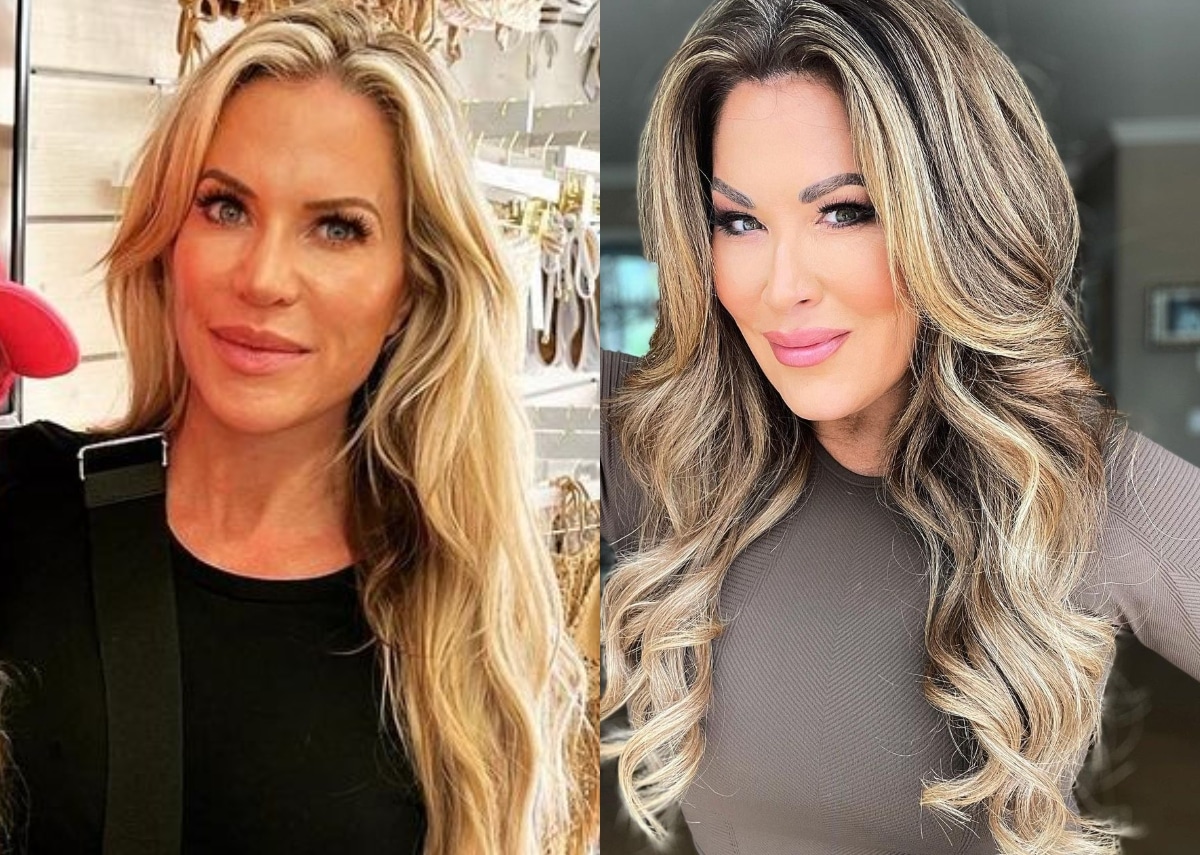 Jennifer Pedranti appears to have been added to the Real Housewives of Orange County cast for the show’s upcoming 17th season.

Following a rumor suggesting Tamra Judge‘s friend, Heather Amin, would be a new cast member, Jennifer was spotted filming at a Southern California restaurant with Emily Simpson, who is returning to the series along with Tamra, Shannon Beador, Heather Dubrow, and Gina Kirschenheiter.

“Emily Simpson filming for the new season of [RHOC] with a Mystery Blonde. Could it be a newbie?” Queens of Bravo on Instagram asked on August 18, along with a video of the two women seated at a table with a production team nearby.

Although the blonde was a “mystery” at the time the video first surfaced, she was ultimately identified.

“New possible housewife alert!” the Real Housewives Zone on Instagram wrote in the caption of a Story in which Jennifer was seen in a mirror selfie wearing the same outfit she wore during her outing with Emily. 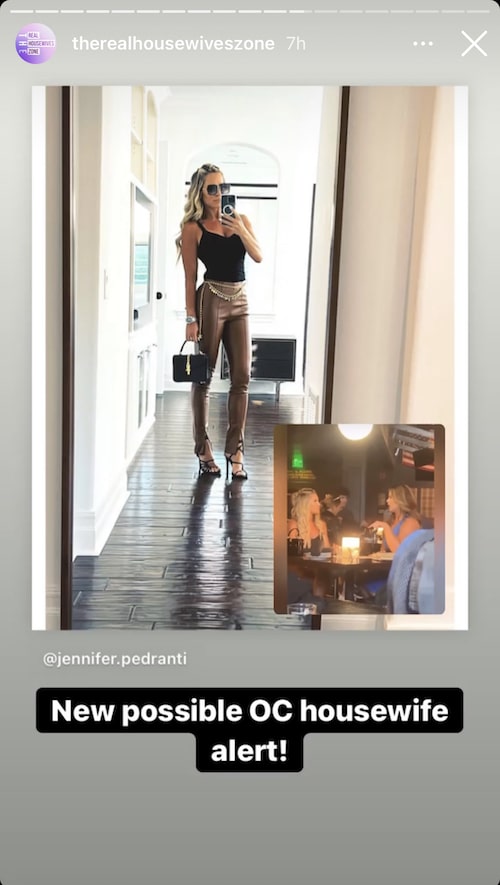 And another Story, posted by Bravo and Cocktails on Instagram, revealed that in addition to Jennifer’s potential tie to Emily, she also seems to be friends with Tamra, who is returning to RHOC in a full-time role for the first time since season 14, as well as former cast members Braunwyn Windham-Burke and Noella Bergener. 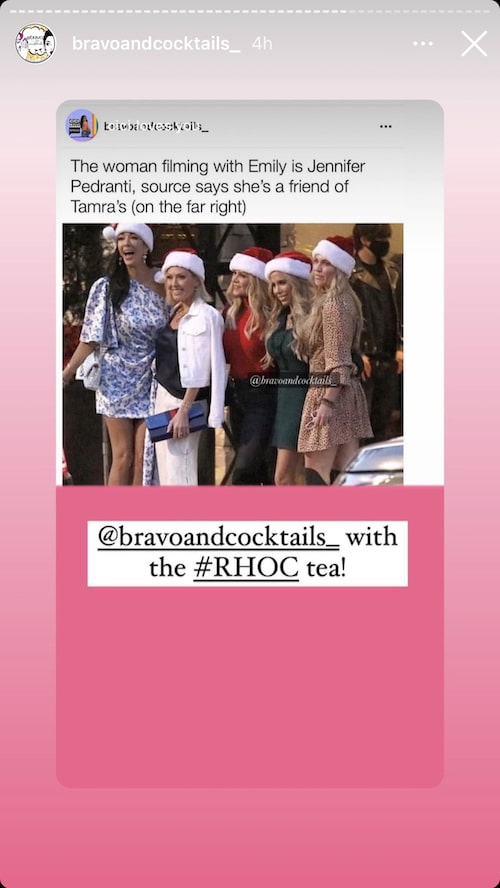 In December 2020, Jennifer shared the photo below of herself with a number of friends, including Tamra, Braunwyn, Noella, and fellow rumored newbie Heather.

“It seems we have our full [RHOC] season 17 cast! Jennifer Pedranti joins the ladies as the [sixth] housewife,” Dorinda Deadly declared of the reported casting update.

In addition to the full-time ladies of the show, RHOC season 17 will also feature Taylor Armstrong, formerly of The Real Housewives of Beverly Hills, in a friend role.

“Not only am I returning to [RHOC] for season 17 but my girl [Taylor Armstrong] is joining me along for the ride. Double the trouble coming your way,” Tamra revealed earlier this month on Twitter, along with a pic of herself and Taylor.