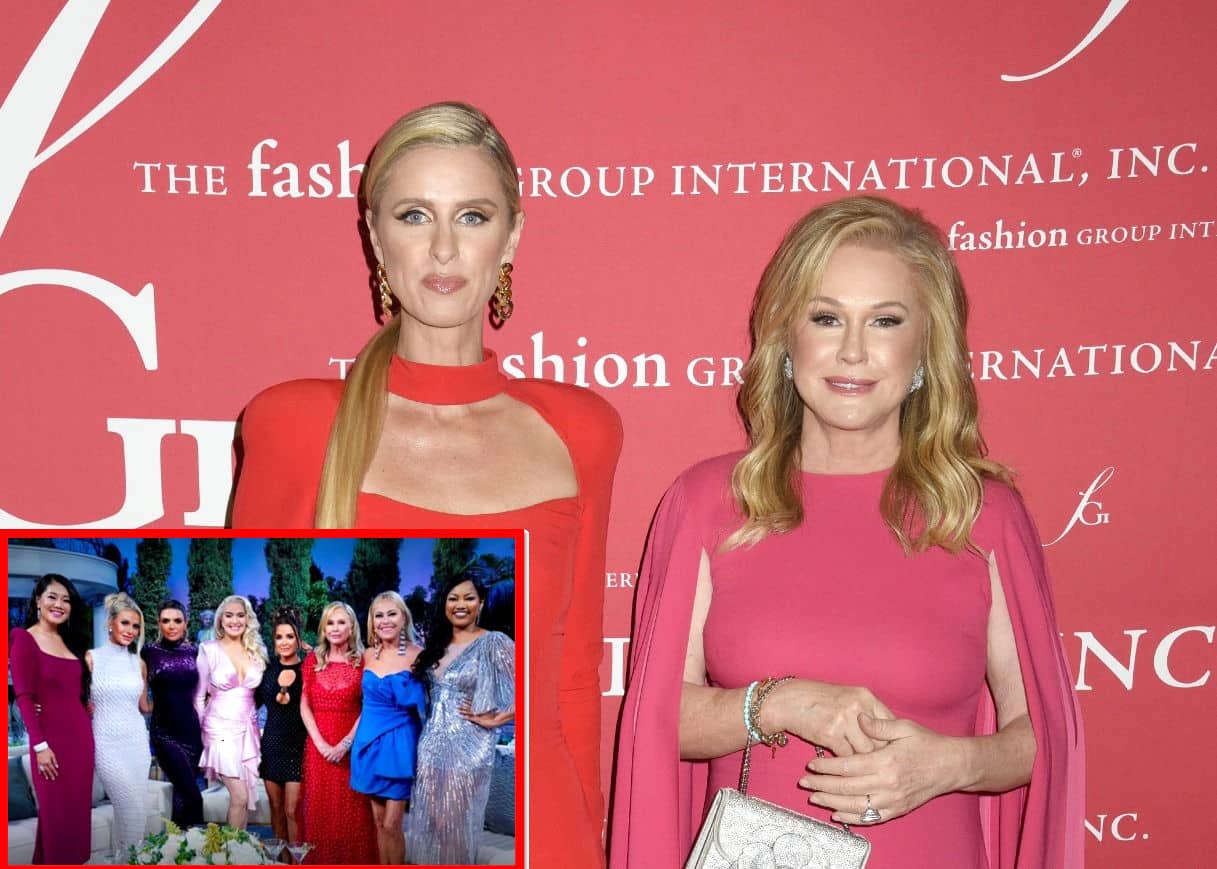 Nicky Rothschild is following in the footsteps of her older sister, Paris Hilton, by weighing in on their mom Kathy Hilton‘s recent drama on The Real Housewives of Beverly Hills.

After Paris shaded their aunt, Kyle Richards, as “so unkind” and “liked” a series of negative posts about her on Twitter, one of which described her as a “sh-tty sister” for shooting down Kathy’s promotions of a tequila brand she’s invested in, Nicky “liked,” and later deleted, a post of her own.

“We’ve sat through several [Dorit Kemsley] fashion lines, many Kyle store openings, two Rinna Beauty ‘launches’ and a Rinna Rose party … We can give Kathy [five] minutes to talk about her tequila,” the “liked” tweet read, via Bravo Snark Side on Instagram. 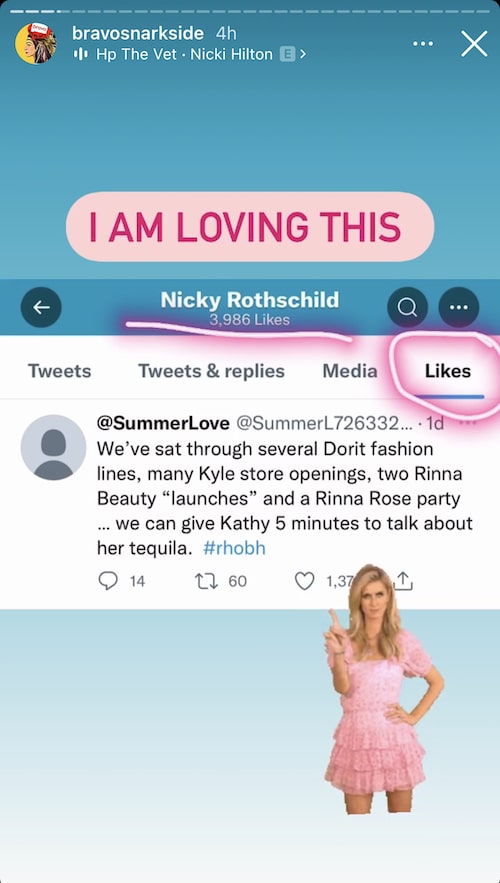 Following Paris’ message against Kyle earlier this week, Kathy re-shared her daughter’s message on her Instagram Story as she seemingly agreed with a fan who slammed Kyle as “trouble.” And, in the days since, she has continued to throw shade over their tequila drama.

In one of her latest posts, shared on Friday amid the RHOBH reunion, Kathy re-shared a message from a fan.

“Calling my [second] mom [Kathy Hilton],” it said. “I’ll drink the Casa Del Sol with you unlike the ungrateful wives,” the message read. 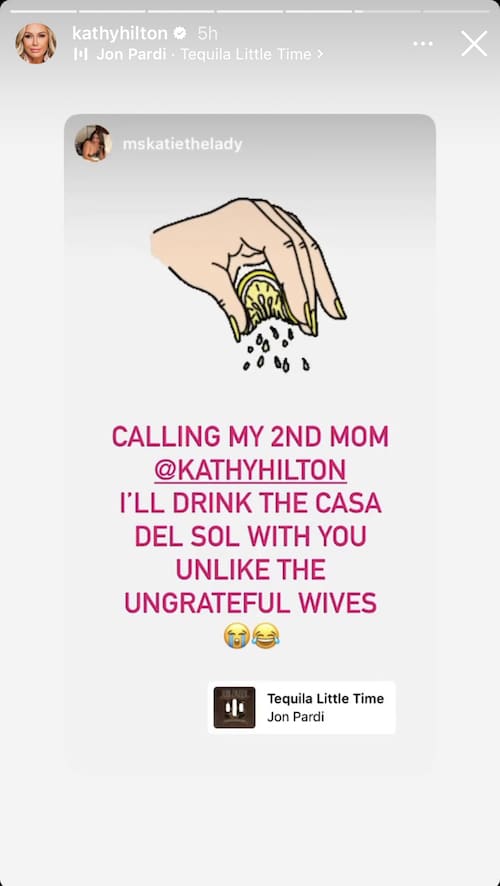 Also, on her Instagram Story on Friday, after wrapping production on what is sure to be a drama-filled reunion, Kathy posted a message shared by her makeup artist, Sheila Harris.

“And that’s a wrap,” Sheila’s message, which included a photo of Kathy’s dressing room door, read. 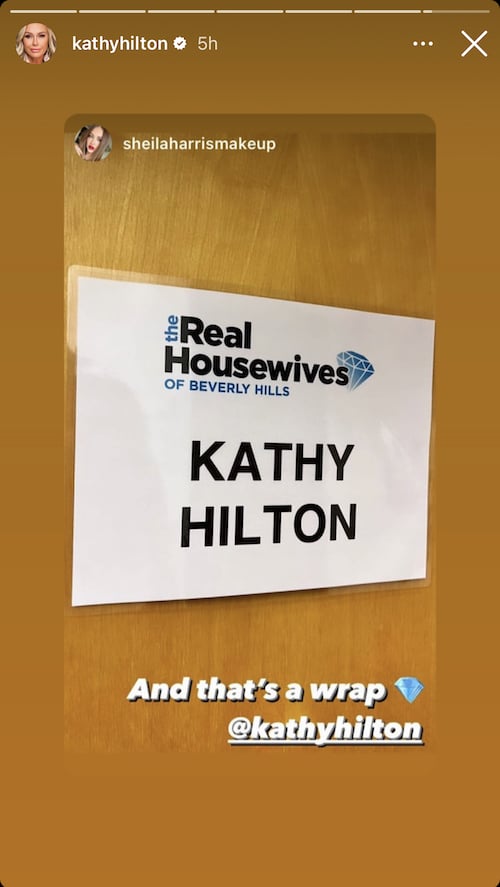 Earlier this week, amid their family feud, Kyle was featured on Watch What Happens Live, where she admitted she was dreading the taping.

“It’s gonna be difficult with my sister,” she admitted on the WWHL: After Show. “We went through some hard times on the show.”

Also, in the episode, Kyle was confronted by a fan who wanted to know why she called Kathy “high maintenance” after her sister arrived to their girls trip in Aspen wearing comfy clothes and slippers.

“She can be high maintenance, and she admits that herself,” Kyle revealed. “She tends to ask me for a lot cuz I’m the baby sister…. And by the way, she was in the bunk beds because she likes to sleep late and she asked me in advance for the quietest room, and that was the quietest room in the house… She was happy there.”