Home Real Housewives of Atlanta News RHOA’s Sheree Whitfield Shares Where She Stands With Tyrone and How His Presence at Fashion Show “Threw Her Off,” as Kandi and Kenya Admit Doubting She by Sheree

RHOA’s Sheree Whitfield Shares Where She Stands With Tyrone and How His Presence at Fashion Show “Threw Her Off,” as Kandi and Kenya Admit Doubting She by Sheree 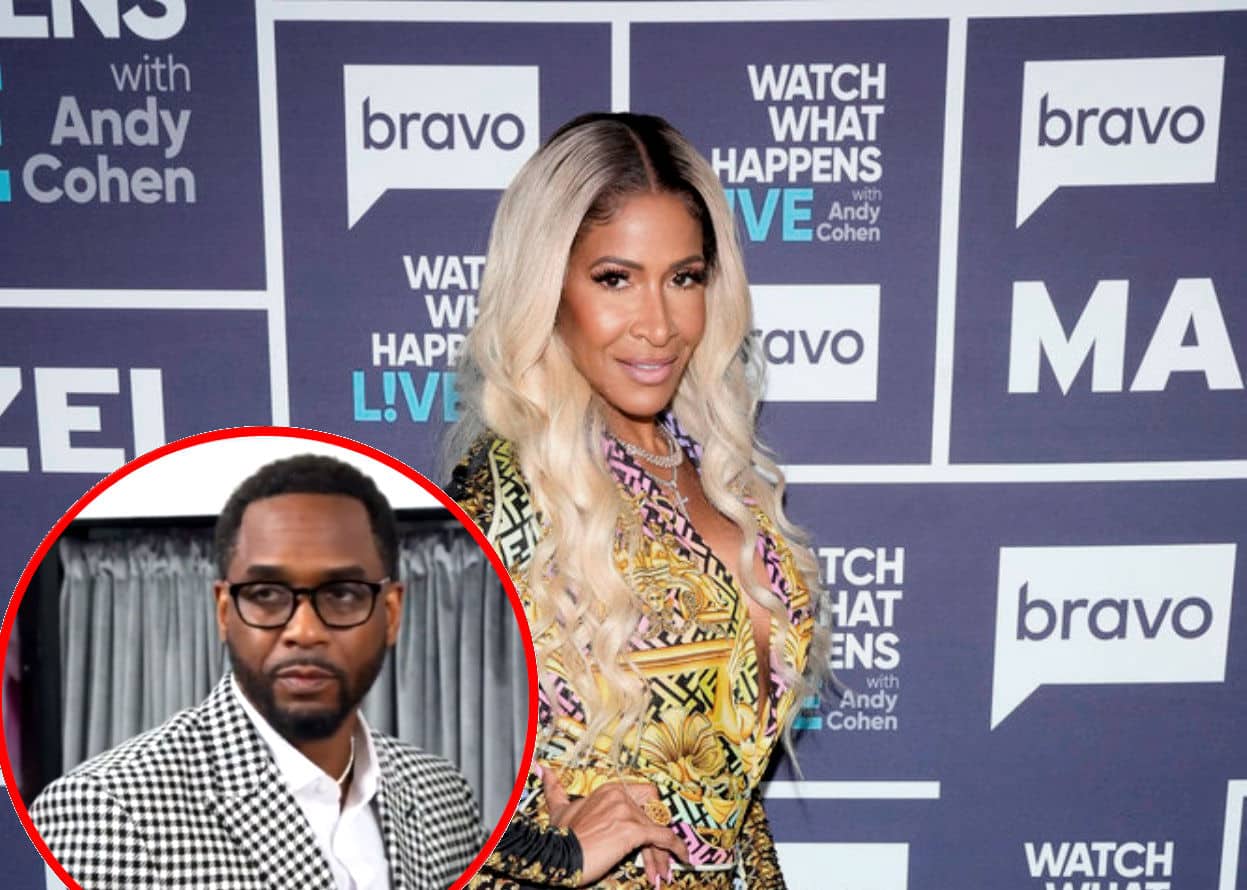 Sheree Whitfield invited a bevy of VIP guests to her highly-anticipated She by Sheree fashion show on last week’s finale episode of The Real Housewives of Atlanta season 14. But it was an uninvited guest that truly caught her off-guard.

After coming face-to-face with ex-boyfriend Tyrone Gilliams, who stood her up earlier in the season and later sold stories about their time together, Sheree looked back on his surprise arrival before admitting that the two of them have been in touch recently.

“I was, ‘Woah,’ like, it really really threw me off because I did not expect it,” Sheree recalled on September 4 on the RHOA: After Show. “So we went to have a conversation, and the conversation did not go very well.”

While Sheree felt that she was owed an apology from Tyrone, and most would agree, he felt much differently, not wanting to discuss the past.

“He made it seem like it was me, that he did nothing wrong, and pretty much, I should be happy he’s there to support me,” Sheree explained. “[But] I was over it because it was so much that he had done and said, and he started selling these stories. And then when I look back, he’s never been honest or transparent.”

“It’s unfortunate that I spent that much time trying to make it right and make it work,” she added.

And Kenya Moore agreed, telling her friend, “You can’t change character. I always say that. You can change different things, but you cannot change the core of who someone is.”

But while Sheree may have moved on from Tyrone with her new man, Love and Marriage: Huntsville star Martell Holt, that isn’t to say the exes haven’t stayed in touch.

“My status with him now… I don’t like to just burn bridges. So he actually reached out to me yesterday and said, ‘Good morning,’” Sheree revealed. “Every maybe six calls, I may respond to one or a text message. I just [say], ‘Hey.’ [It’s] just very dry for me. But with him, it’s like, you can tell that he’s still so thirsty… So I probably just need to really cut that off. He’s a user.”

Moving on to her fashion show, Sheree said, “It went amazing.”

Although Sheree was finally able to debut her fashion line on last week’s RHOA, not everyone was convinced she’d be able to pull it off.

“Honestly, I was worried at first,” Kandi Burruss admitted. “I didn’t know if she was going to be able to pull it together.”

“I was on pins and needles,” Kenya agreed. “I swear I peed my pants several times. I was like, ‘Sheree, are you playing?’ I just wanted her to go, ‘I got it Kenya. I’m just hyping it up.’ Because she was too calm.”

But according to Sheree, she actually thrives in the face of adversity.

“I work better under pressure. I do. But everything was true. I was not receiving my samples,” she explained. “I think I got some of the stuff maybe the day before… I had to actually have several pieces made locally, so that was super expensive — when you’re doing a rush job. And I have this fashion show, and someone promised me, which is one of the issues that I’ve always had with She by Sheree, trying to get it off the ground, people overpromising, just working with bad people and not really having the best team around.”

Despite the challenges, Marlo Hampton said she had no doubts in Sheree.

“I never for once thought that it was not gonna happen,” she stated. “One thing that I realized about Sheree is it takes her a long time to do something, her house took her what? Seven years? Seven, eight years? But guess what? It’s done. It’s f-cking beautiful. And guess what? She by Sheree took years, but when she did it, b-tch, she did it.”

Also, during the RHOA: After Show, Kenya suspected Sheree’s fashions would “sell it out in day one,” as Sheree said she hopes to “be up there with the Yeezys and the Skims.”

“But it’s been a long, long time coming. I’m super excited. So much more to come with She by Sheree,” she teased.