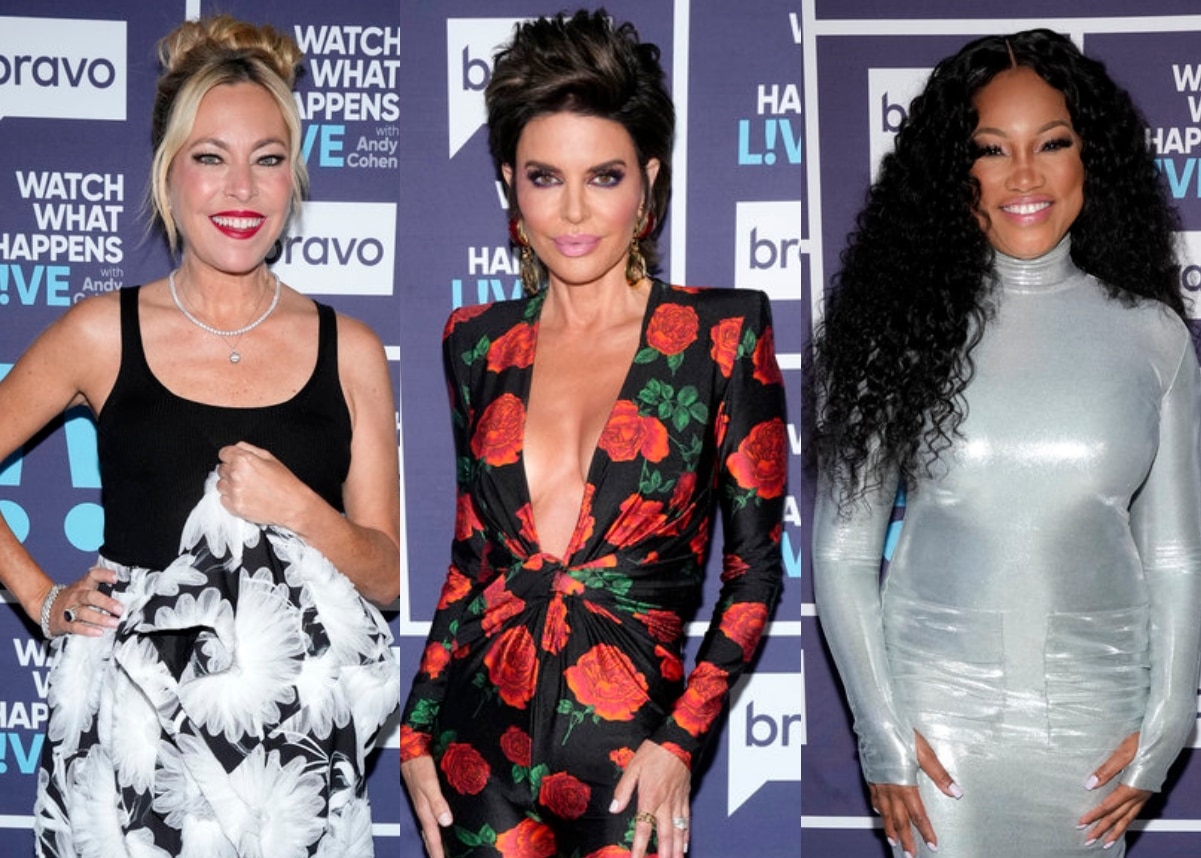 While The Real Housewives of Beverly Hills season 12 came to an end on Wednesday with part three of the reunion, tensions remain high among the cast. And after Sutton came across a screenshot of Lisa suggesting it was her “job” to feud with her co-stars, she made it clear she’s reached her breaking point.

“Who cares? No more for me,” Sutton wrote on October 27 in response to a screenshot of the message Lisa shared on her Instagram Story. 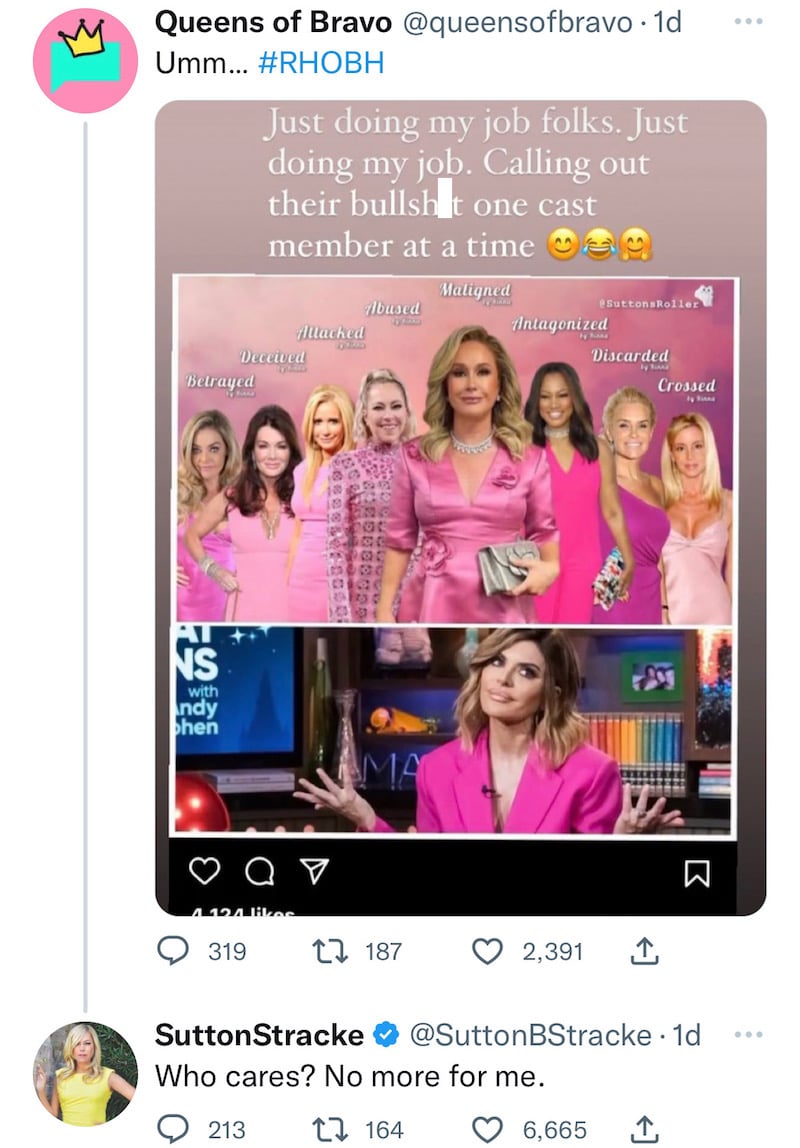 And after seeing the post, which saw Lisa include a photo of a number of RHOBH cast members, both past and present, that she’s feuded with in recent years, including Lisa Vanderpump, Camille Grammer, Kim Richards, Denise Richards, and Yolanda Hadid, Garcelle reacted to Sutton’s sentiments.

In addition to making shocking allegations against Kathy Hilton amid the 12th season of RHOBH, Lisa took several shots at her castmates on her Instagram page throughout the season, which led a number of fans and followers of the show to deem her messy and slam her as a bully.

Even Andy Cohen questioned Lisa about her social media activity, noting that she was a “double disaster” on an episode of Watch What Happens Live in August.

“I have been a flipping nightmare. I know it. I acknowledge it,” Lisa confessed at the time. “I have tried to fix it as much as I can. I’m fully self-aware that I’m a mess right now. I’m just a mess. So let’s hope it gets better.”

Also on her Twitter page on Thursday, Garcelle said she’s “happy” season 12 has come to an end.

“To everyone who watch this season thank you … happy it’s over!!” she wrote.

No word yet on when the Real Housewives of Beverly Hills cast will go into production on season 13.