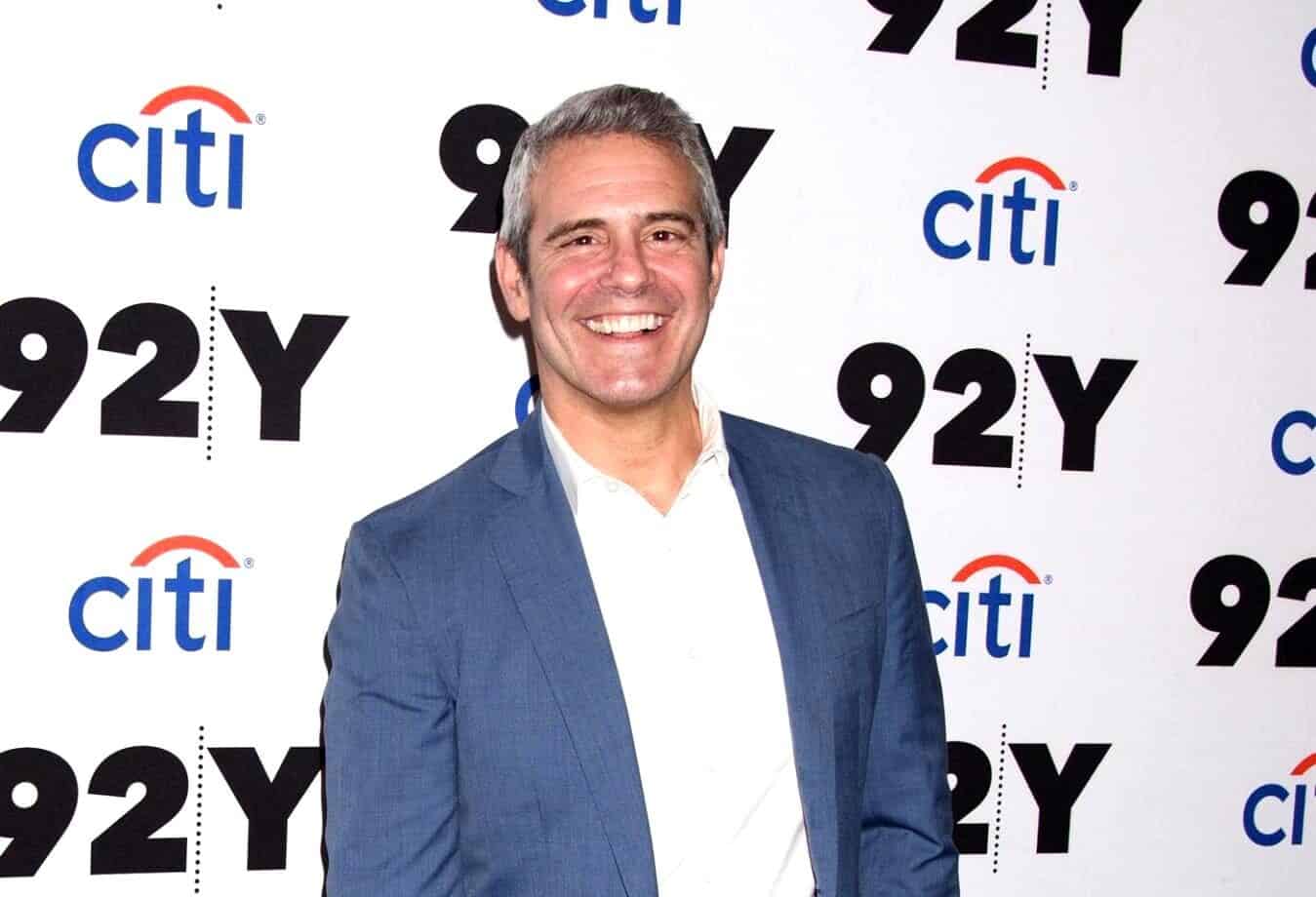 Andy Cohen attended an “Ask Andy” panel at BravoCon over the weekend, where he took a number of questions from audience members.

“Any time that family doesn’t get along — I’d say the year with [Kyle Richards] and [Kim Richards], this year with Kyle and [Kathy Hilton] — I found very emotionally draining and upsetting,” Andy admitted. “You know, anything on Jersey that’s happened with [Teresa Giudice] and [Melissa Gorga], or Teresa and [Joe Gorga], that’s something that always cuts at me personally. It’s hard enough seeing friendships we love dissolve, but you don’t want to see families coming apart. It’s just too upsetting.”

Although Andy has given his phone number to most of his Housewives, he confirmed to an audience member that they don’t “abuse” the access before sharing the last cast member who texted him was.

At that point, fans were thrilled to see that Dorinda was standing in the audience with a question of her own.

“When are you gonna take Dorinda Medley off pause?” she asked, prompting the group around her to chant, “Make it nice! Make it nice!”

“Not since Jill Zarin confronted me about why she was fired have I been so publicly flawed by a housewife,” Andy replied, before adding, “Dorinda, your time is coming,” seemingly in reference to a spot on RHONY: Legacy.

Andy then answered a question about who he’d like to join his franchise.

“She’s been here all weekend: Chrissy Teigen,” he declared of the self-proclaimed Bravo superfan, who Kyle Richards would like to see on The Real Housewives of Beverly Hills. “I think she would be so entertaining. She’s so funny. She’s not without her drama. She’s gorgeous. I just think, to me, she’d be amazing.”

Also, during the panel, Andy reacted to an inquiry about the splitting of the RHONJ panel, which was prompted by the drama between Teresa and the Gorgas.

“They’re really not in a good place, as you might have gathered, and I think the call was, listen, we want this to be entertaining for everybody,” Andy explained. “And also, we’re on the preface of a really great season of [RHONJ] airing so we’re in a really kind of limbo-y place.”

“I think it’s better to let the show live on air and let you guys see the show and then pick up with everybody together at the next reunion show,” he added.