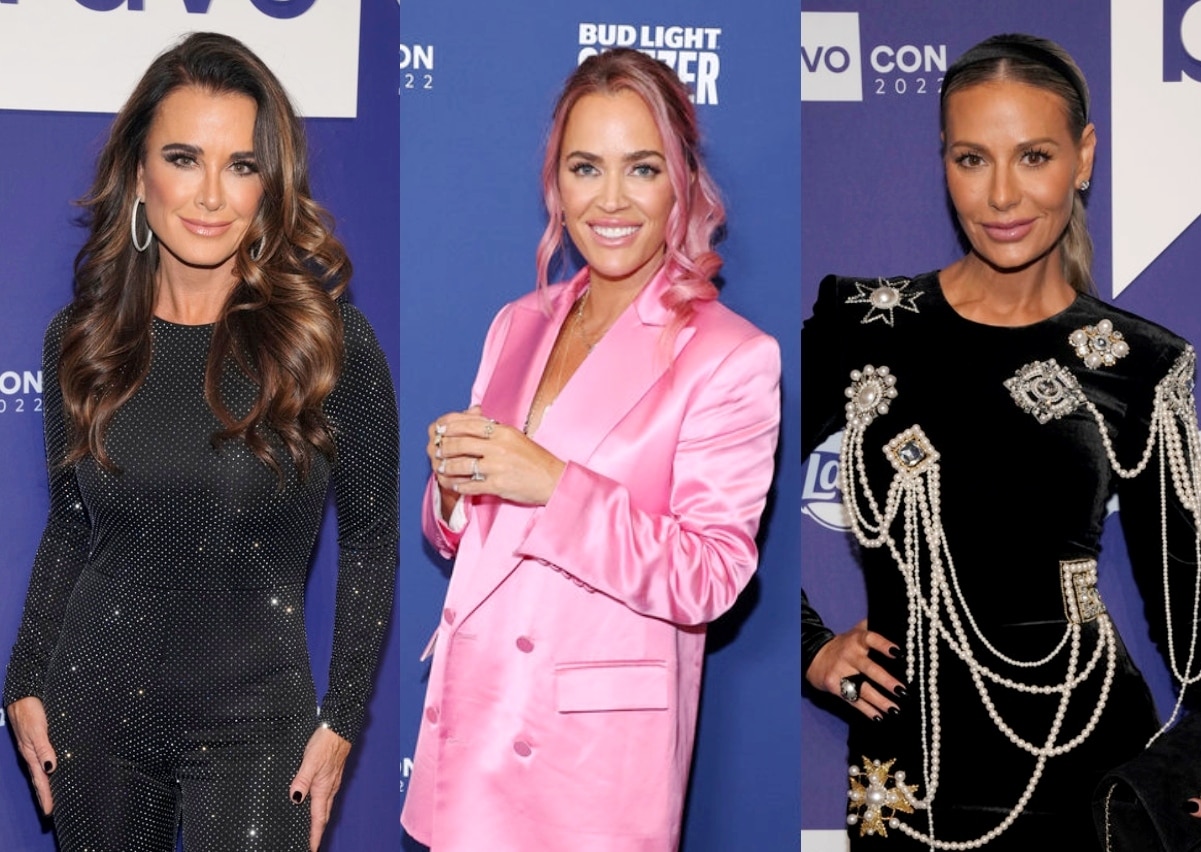 Mauricio Umansky and the cast of Buying Beverly Hills were joined at their premiere party on Wednesday night by a number of their fellow reality stars, including Mauricio’s wife, Kyle Richards, and her Real Housewives of Beverly Hills co-stars, Dorit Kemsley and Teddi Mellencamp.

As the cast celebrated their debut season, Mauricio and his daughters, Alexia and Sophia Umansky, and Kyle’s oldest child, Farrah Aldjufrie, posed on the red carpet at the event, which was hosted by Mauricio’s real estate firm, The Agency, and Jimmy Kimmel and Brent Montgomery’s Wheelhouse’s Spoke Studios, which produces the Netflix series. 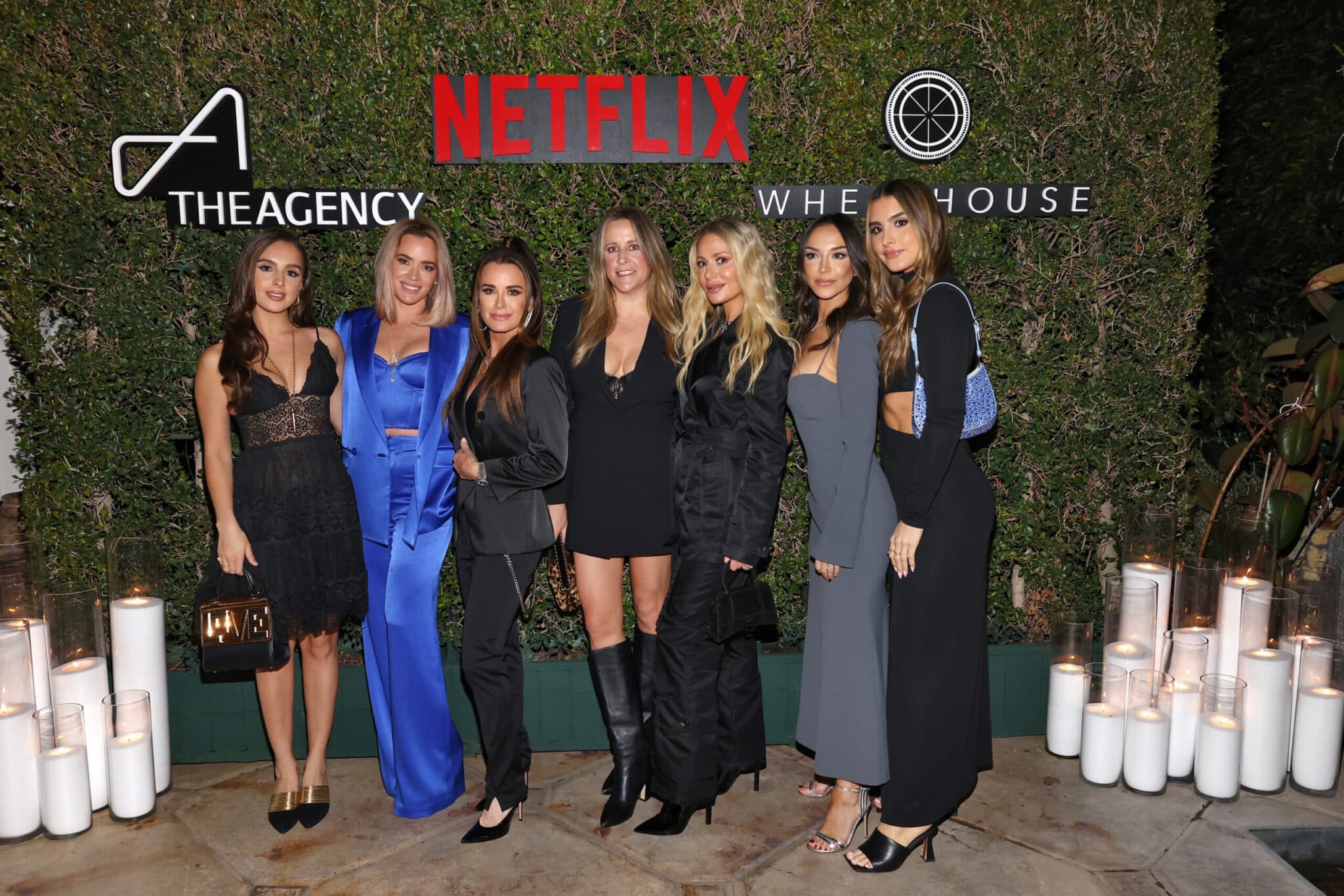 Kyle, who was dressed in a low-cut black pantsuit with her hair in a half-ponytail, posed with her family and her co-stars, including Dorit, who was wearing a similar black outfit, and Teddi, who was sporting a silky blue pantsuit. 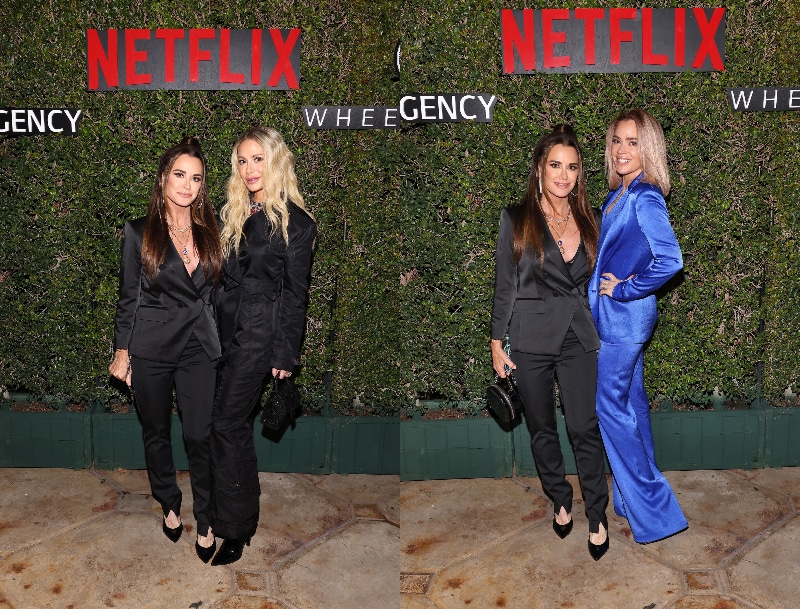 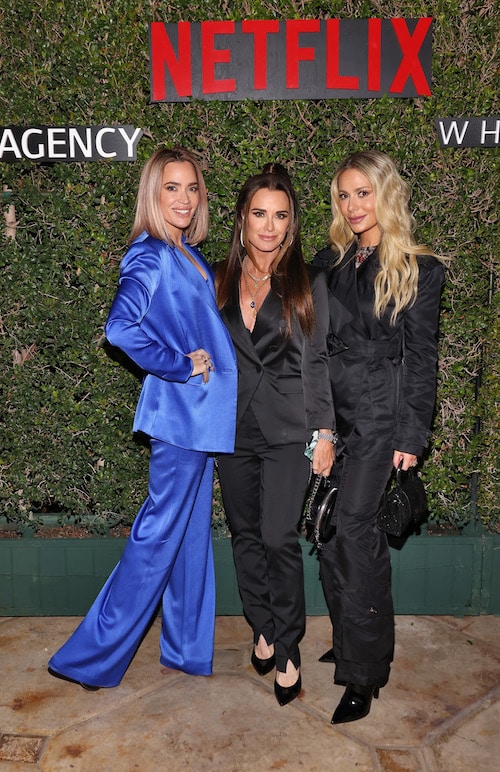 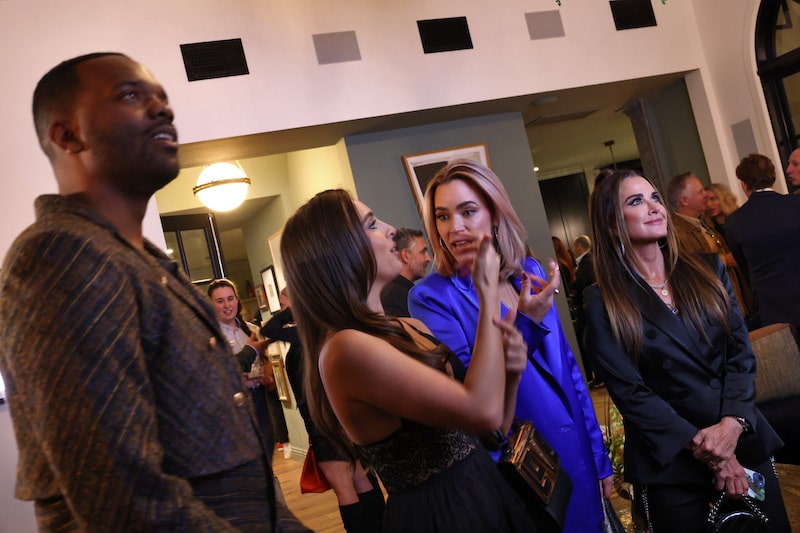 Kyle and Mauricio’s daughters, Alexia, 26, and Sophia, 22, were also dressed in black while Farrah wore gray. 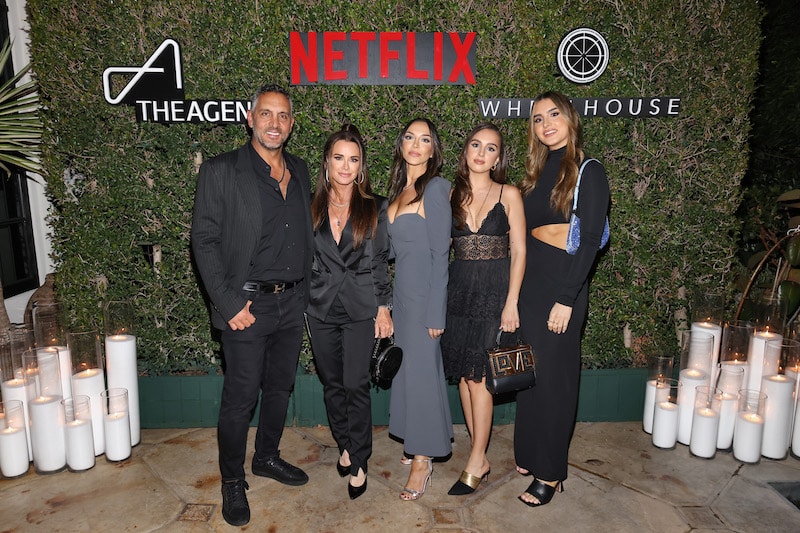 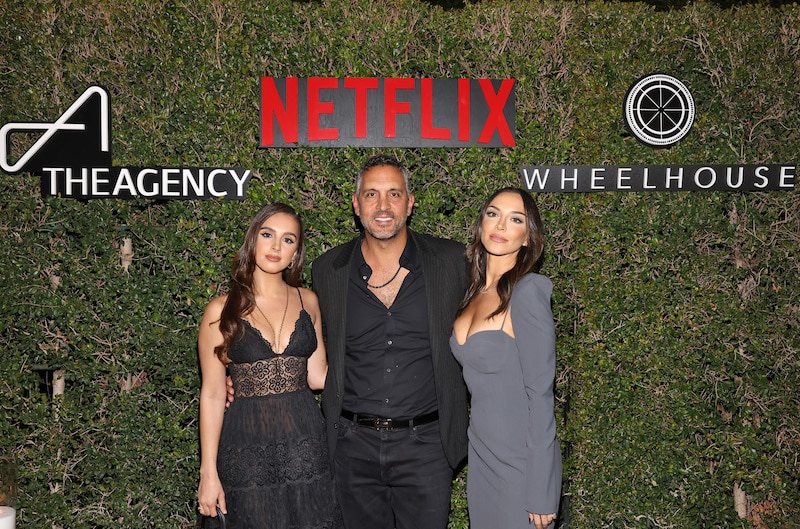 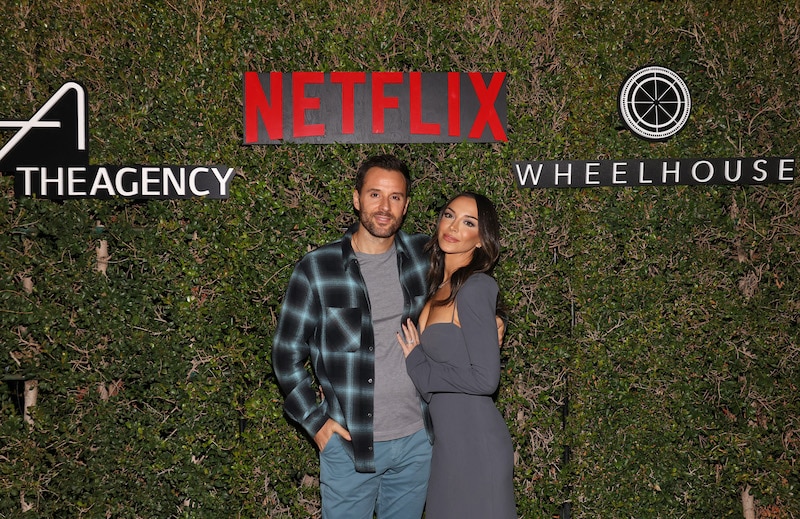 During an interview this week, Mauricio and Alexia opened up about their new show, with Mauricio admitting that Kyle acted as a support system for Alexia throughout production.

“Alexia had a lot of drama. She had a lot of ups and downs,” Mauricio told POPSUGAR. “You’re going to witness them, and watch them, [but] it’s really fun. I think Kyle definitely helped her through that process as a [therapist].”

And not only that. Alexia said that in addition to getting tons of advice from her mom in regard to the logistics of a reality show, she also went to her for fashion assistance.

“First of all, my mom styled me every day, basically,” she revealed. “So you’re going to see a lot of duplicate outfits of hers and mine on [RHOBH] and Buying Beverly Hills.’” 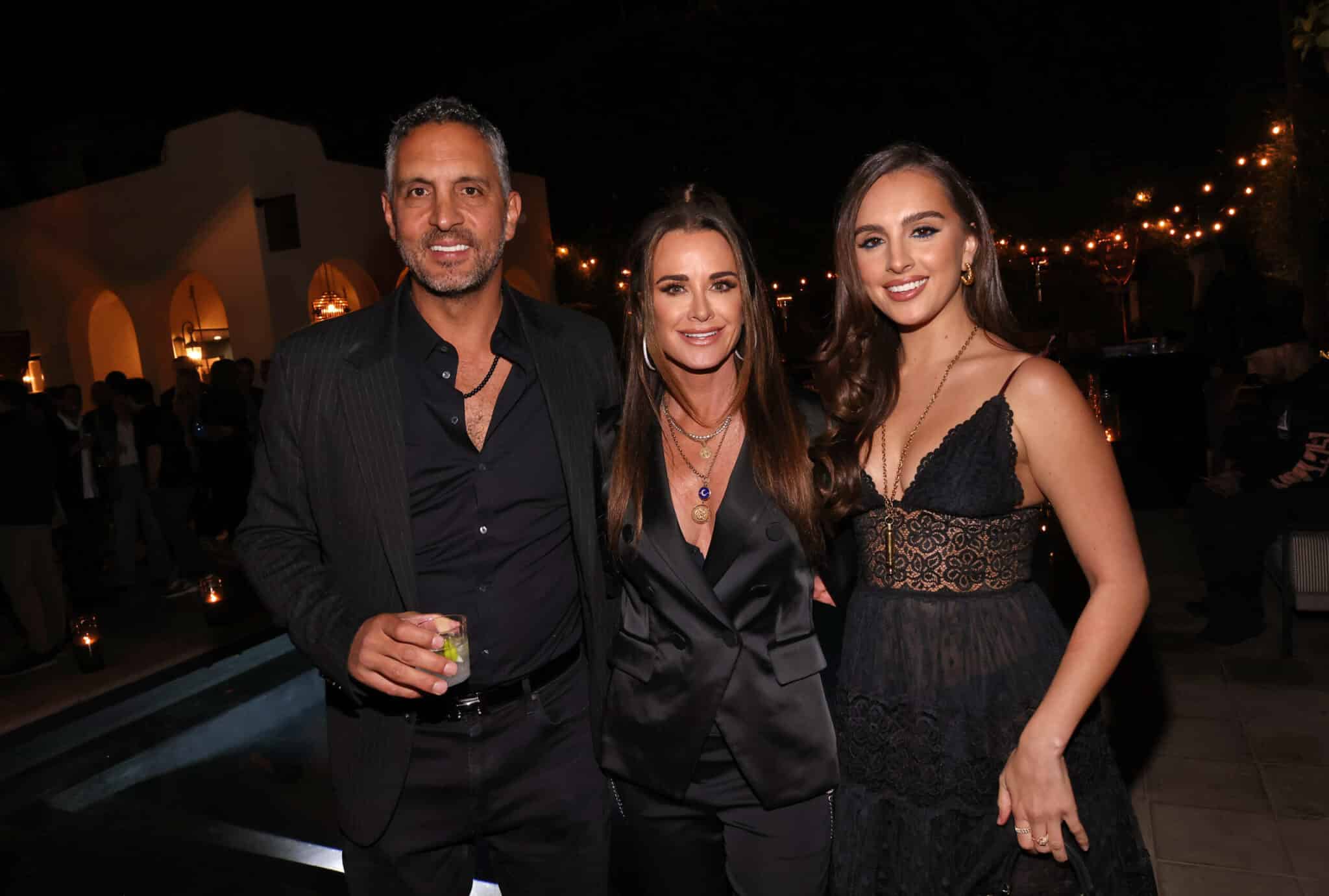 Alexia also learned that filming is a “lot of hard work.”

“So when I needed to be cool, calm, and collected, I went to my mom and she always made me feel better,” she recalled. “This was something totally out of my comfort zone, so she was that grounding support. She’s had so much experience [and] so many tips throughout the whole entire thing.”

“It was definitely emotional for me in a lot of ways, but I have become, I would like to think, a much better agent now because of it,” Alexia added. 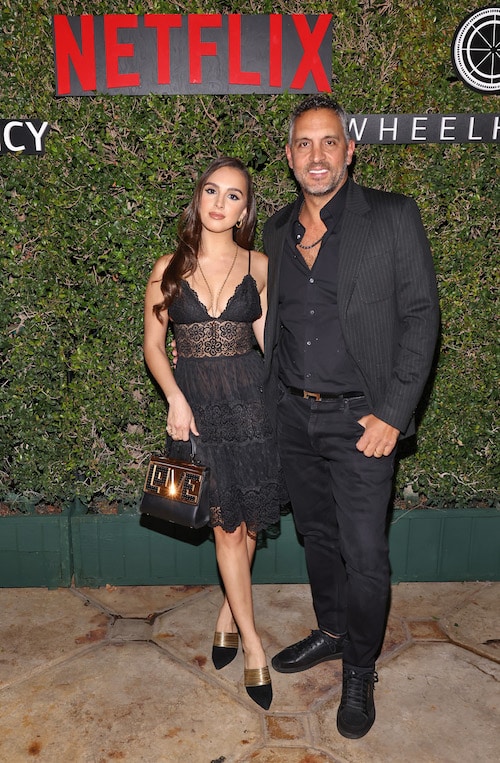 As for Mauricio, he told POPSUGAR that viewers of Buying Beverly Hills will get to see him step out of the “supportive husband” role.

“It’s totally different dynamics,” he explained. “The dynamic between me and Alexia and my daughter Farrah is very interesting and real. The fact that we’ve already been on television and in front of a camera for 12 years has probably made us a little bit more comfortable, [but] you’re going to see a completely different dynamic and some great emotions.”

Looking back at her first season of Buying Beverly Hills, Alexia said the experience was “very humbling.”

“[It was] a humongous learning experience for me,” she shared. “There were a lot of moments where we did this [work], all these agents as a team, and so we had to discuss a lot of the things I did right and wrong as a team [as well], almost like a magnifying glass . . . It was definitely emotional for me in a lot of ways, but I have become, I would like to think, a much better agent now because of it.”