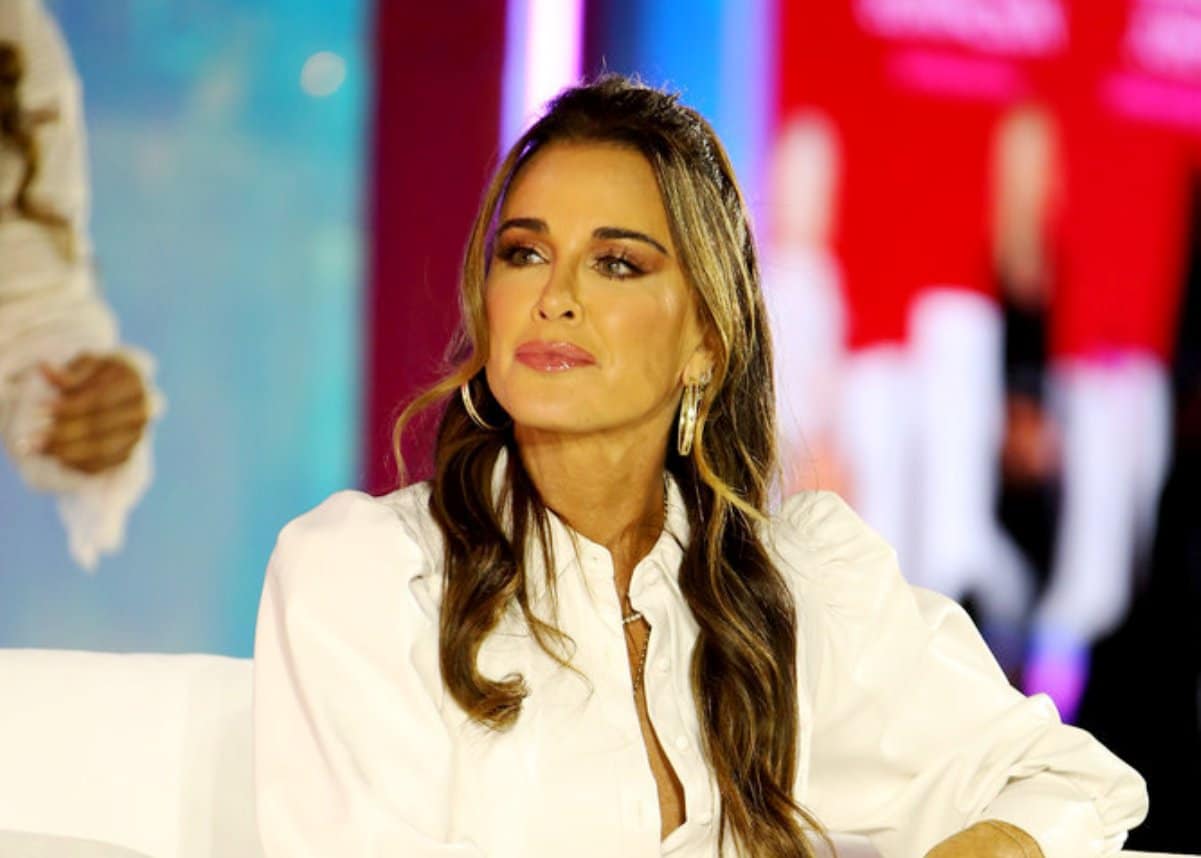 Days after The Real Housewives of Beverly Hills season 12 came to an official end with part three of the reunion, Kyle revealed which ladies, out of Teddi, Erika Jayne, Lisa Rinna, and Dorit Kemsley, she’s still talking to before sharing her main issue with Crystal Kung-Minkoff, reacting to Crystal’s reconciliation with Sutton Stracke, and addressing a question about Andy Cohen‘s “favorite” housewife.

“The Foxes have not been corresponding since BravoCon,” Teddi began on the October 28 episode of Two Ts in a Pod, proceeding to question Kyle about which members of their friend group she’s currently in touch with.

And after calling Teddi an “a–” for hitting her with such a tough question when she volunteered to fill in for Drew Sidora, who had called out sick at the last moment as her guest host, Kyle confirmed, “I’m not, not talking to anyone.”

“Things are just different right now,” she explained. “They’ve been that way for a while, I would say. I’ve had to step away from not only the show and watching that but just sort of engaging with anything connected to that because I was really struggling with my anxiety.”

When Kyle was then asked about the rumors suggesting she doesn’t like Crystal because she’s upset her co-star “replaced” Teddi on RHOBH, Kyle denied not liking her but admitted to taking issue with her antics against Sutton.

“I like Crystal. [But] I didn’t like that she created something that could’ve put Sutton’s reputation at risk. That really bothered me,” Kyle shared. “I felt last year she did that too with saying that she felt violated with Sutton bringing the jacket to her room… When you say something like that on camera, you know, Sutton was really stressed about that, and then it was the race thing this year about saying that she said something really dark, and she was very clear that there was 100 percent something… And then she said there actually wasn’t something. So I take issue with that.”

Although Kyle said that she understands that someone of color may feel differently than her, she felt Crystal unnecessarily put Sutton’s reputation on the line, and she found it “weird” that Sutton didn’t speak up at the reunion.

“I was like, We’re all here saying, ‘Why’d you do that to her?’ And I just feel like Sutton, honestly, like I said in the season, that she didn’t want to even address it,” Kyle suggested. “She didn’t want to talk about it, she wants it to go away so I think that’s why she was quiet.”

As for where Crystal and Sutton stand today, Kyle said she believes they’ve made peace.

“I think Sutton’s probably going to be cautious with her moving forward. That’s my take on it,” she said. “I think they’re friendly and get along. [But] I feel like Sutton and [Garcelle Beauvais]’s relationship is a lot more genuine.”

Also on the podcast, Kyle was asked which housewife she believes is Andy’s favorite.

“I don’t know who Andy’s favorite is. I mean, I’ve been there the longest and I know he’s very nice to me and I do care about him. [But] he’s never said,” Kyle explained. “I will say that once he was asked at a live show he was doing if he had to marry one of the housewives, who would it be, and he said me. That’s a big compliment.”

Kyle went on to say that she and Andy shared a special moment at the RHOBH reunion.

“At the end, I felt really strange, and I felt like, why weren’t people speaking up more? And I was feeling, as you saw, I just wanted to leave and get out of there. When Andy hugged me, it actually really meant a lot to me, and you could tell he really meant it, and he really cared, and I really appreciated that,” she revealed.