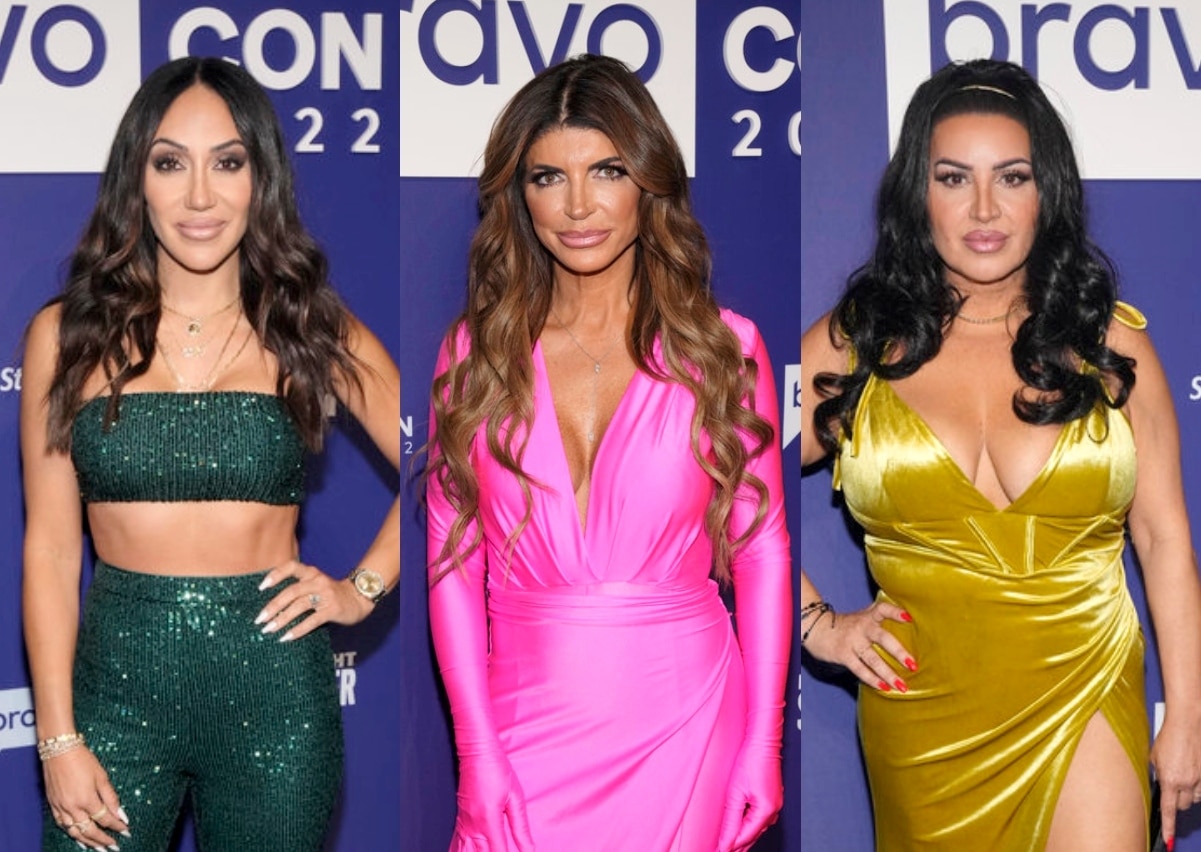 Melissa Gorga is tired of fighting for a relationship that Teresa Giudice “doesn’t want.”

During the latest episode of her podcast, which featured Shahs of Sunset alum Mercedes “MJ” Javid as a guest, the Real Housewives of New Jersey cast member reacted to comments MJ made about her and her husband Joe Gorga‘s ongoing family feud with her sister-in-law.

“One day you’re gonna be on your rocking chairs, and we’re all going to be looking back at this time, and it’s definitely a culturally phenomenal thing that we all are doing so the only question is, is she ever going to be able to accept it? I think that’s about her, and it doesn’t have anything to do with anybody else right?” MJ asked on the November 3 episode of PodcastOne’s Melissa Gorga On Display.

“Right,” Melissa replied, “And to be honest, sometimes it’s really hard to continuously fight for a relationship that someone else just doesn’t want.”

As RHONJ fans may know, the Gorgas suffered a massive falling out with Teresa during filming on the final episode of season 13. And in the weeks since, they’ve been completely estranged, with Melissa and Joe opting out of Teresa and Luis Ruelas‘ August 6 wedding.

Moving onto the show, Melissa admitted there’s one major thing that annoys her about the editing.

“I notice all the time in editing, I’m rolling my eyes at the wrong person. I’m like, ‘Wait, I was rolling my eyes over there, not over there. Why are you making it look like I’m rolling…’ That always drives [me crazy],'” she explained. “What I’ve realized is I need to calm my expressions down.”

Speaking of her own show, Shahs of Sunset, which was canceled earlier this year after nine seasons, MJ revealed her biggest regret.

“I guess it would have to be what we were talking about this week. It would be pretty easy to say that if I could turn back time, I would love to rewrite history and never let them fall out,” she said of husband Tommy Feight and castmate Reza Farahan.

Prior to the taping of the podcast, MJ suffered a bit of a misunderstanding.

Also on the show, Melissa recalled coming across a strange Halloween costume at her home.

“So I get this Amazon box to my house… I open it up, it’s a full-blown, like huge, Joker costume. I’m like, ‘I didn’t order this. None of my kids are going to be the Joker.’ I’m like, ‘What is this?’ Never saw it again,” she recalled.

Then, after forgetting about it completely, it turned up on Instagram.

“His girlfriend posts, she’s Harley Quinn, he’s the Joker. He’s got the chain. I’m like, ‘What is this?’ [So] I reposted it,” she shared.