Home Real Housewives of New Jersey News Did Teresa Giudice Give Bravo Ultimatum Over Melissa Gorga’s Future on RHONJ? Insider Claims She’s “Had It” With Sister-in-Law and Brother Joe

Did Teresa Giudice Give Bravo Ultimatum Over Melissa Gorga’s Future on RHONJ? Insider Claims She’s “Had It” With Sister-in-Law and Brother Joe 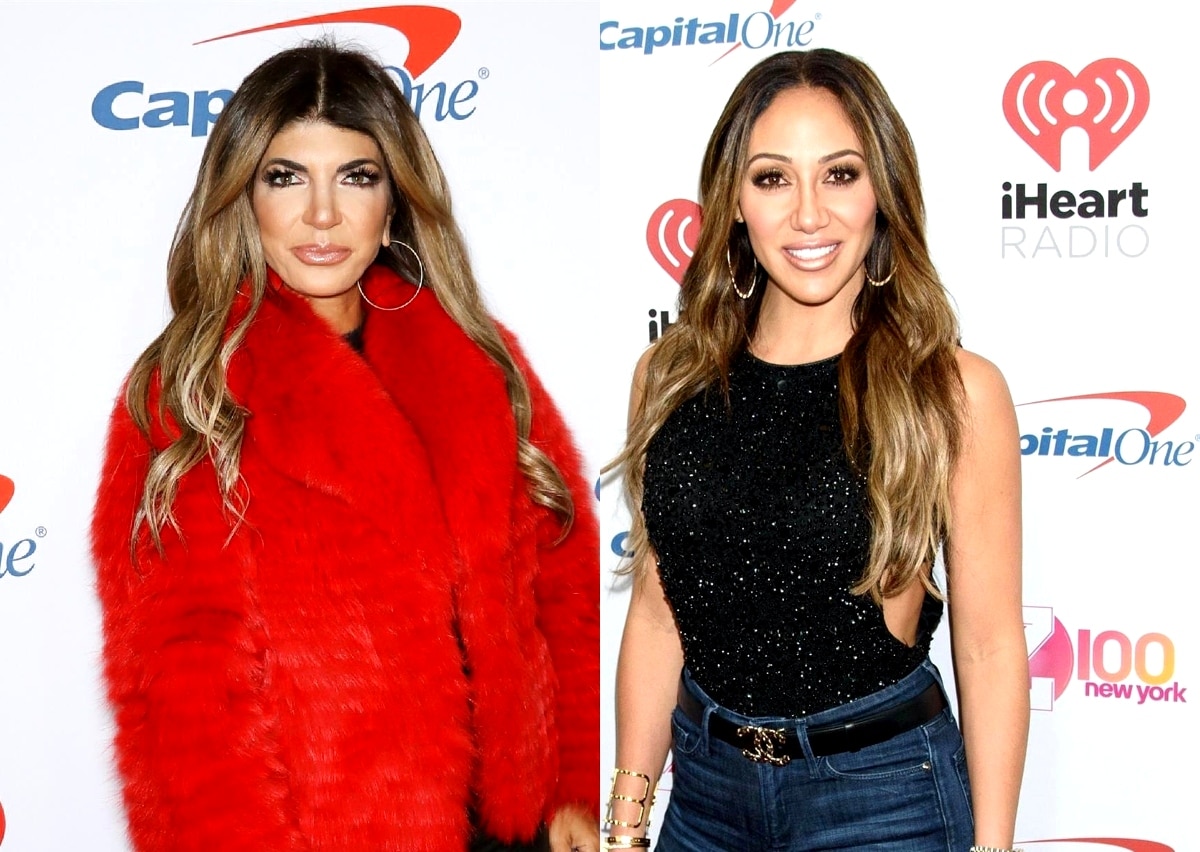 Teresa Giudice has reportedly dealt Bravo with an ultimatum in regard to sister-in-law Melissa Gorga‘s future on The Real Housewives of New Jersey.

Shortly after Melissa admitted she “needs a break” from their family drama, which is set to play out on the upcoming 13th season of the reality show, an insider claims Teresa would love to give her just that and told the network that if they want her to continue on with the show, Melissa is going to have to go.

“It’s a pretty ballsy move on Teresa’s part, but she’s had it with Melissa and her brother [Joe Gorga],” an insider revealed to Life & Style in a recent issue of their magazine. “She’s the OG of New Jersey, and season after season, she still delivers the goods.”

As RHONJ fans well know, Teresa was one of the original cast members of the show, and the only remaining OG, while Melissa was brought to the series for season three.

“While there’s no telling if Bravo will cave in to Teresa’s demand, there’s also no denying that Melissa’s star has been fading. Teresa has the upper hand here, and she’s flexing her muscle,” the source continued.

While Teresa and Melissa have gone through ups and downs over the past several years on the show, their relationship seemed to completely implode as season 13 wrapped production as Teresa allegedly “pushed” a false rumor claiming Melissa was unfaithful. Then, when Teresa said “I do” with Luis Ruelas in early August, she and Joe were nowhere in sight.

“I found out a few days before my wedding that they weren’t coming. I’m totally fine with it. You’ll see it play out on TV,” Teresa explained on her podcast, Namaste B$tches, after the Gorgas were noticeably missing. “The way that everything played out with my wedding, everything that happened is the way it was supposed to be. I’m all about that. I’m all about good energy and whoever wanted to be at my wedding was there.”

Teresa’s supposed ultimatum comes just weeks after Joe admitted to The Sun that his future on RHONJ is uncertain.

The Real Housewives of New Jersey season 13 is expected to begin airing sometime later this year on Bravo.