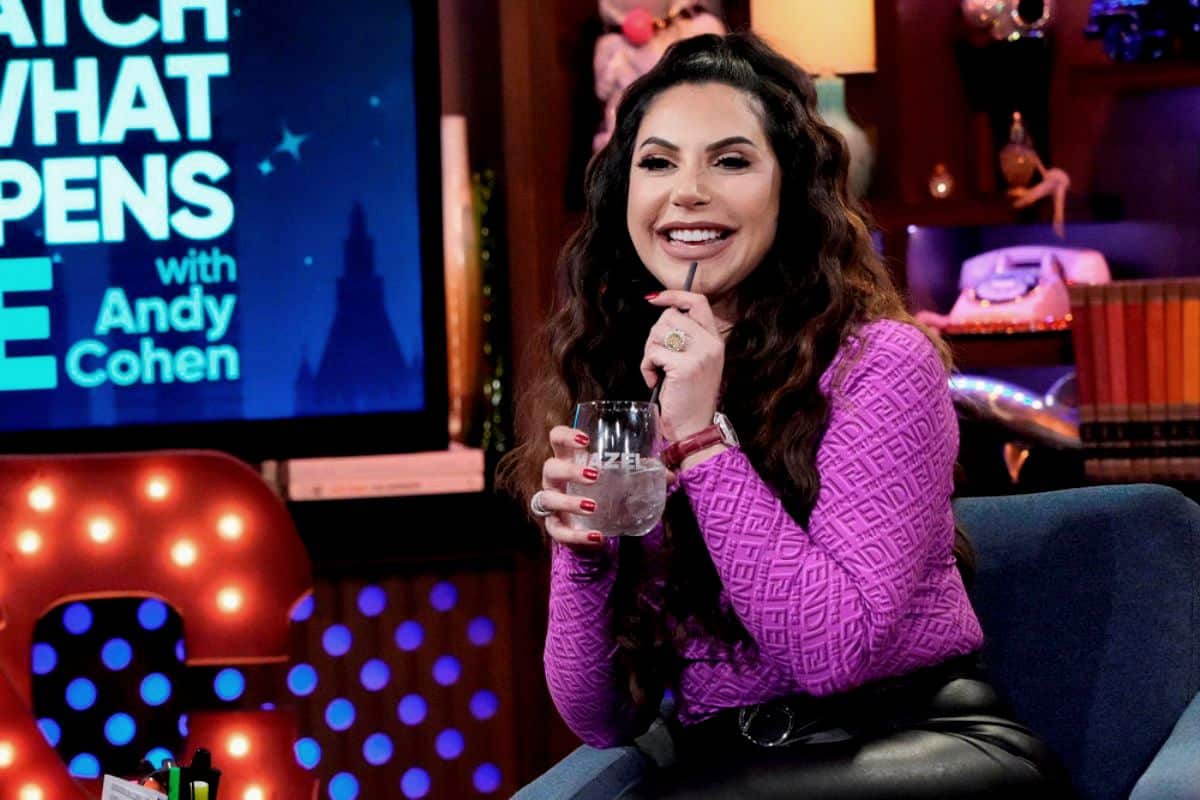 Jennifer Aydin is admitting that Teresa Giudice‘s feud with her brother, Joe Gorga, and his wife, Melissa Gorga, was as big of a surprise to her as it was to fans of The Real Housewives of New Jersey.

Weeks after Joe and Melissa opted out of Teresa and Luis Ruelas‘ August 6 wedding, Jennifer commented on the “unfortunate situation” before reacting to the ongoing harassment of Garcelle Beauvais‘ 14-year-old son, gushing over her recent 20-year anniversary celebration with husband Bill Aydin, and more.

“Everything just happened so fast and you’re gonna see it all unfold on the show,” Jennifer teased of Teresa’s drama with the Gorgas on the latest episode of Access Hollywood‘s “Housewives Nightcap.”

“It’s a very unfortunate situation. I just know that at the end of the day Teresa had a very happy day and everybody who was there and stayed till the end of the night were people who really were rooting for her,” she continued. “Listen, every family’s got drama. Every family’s got their thing. You just hope that they find a way to work it out somehow, whatever that happens to be for them.”

But when it comes to working it out, Jennifer couldn’t say for sure if she felt Teresa would ever make amends with her brother. Instead, she simply admitted there was likely a “part of her” that was sad to see Joe and Melissa skip her wedding.

“There’s some sadness to that [but] I really don’t wanna say anything about it,” Jennifer noted. “Plus you are gonna see it on the show.”

Moving on to the harassment of Jax Nilon, which recently escalated to a racist attack, Jennifer said she’s “truly affected” by the ordeal as a mom.

“This is something that you struggle with when you first join the show. I know with Bill and I, we would have this discussion about, if anything ever could negatively affect our children. It’s a gamble we take and you’d like to think that people are not that inhumane and they wouldn’t go after innocent children,” Jennifer shared. “I showed [Bill] what Jax had posted that Garcelle reposted about him starting school and it was really just gut-wrenching to me. The first thing you think when seeing things like this is, ‘Oh my God, this could’ve happened to my child.’ I can’t imagine having one of my kids starting school and having to deal with all that.”

Just last month, Jennifer and Bill celebrated a milestone: their 20-year wedding anniversary. However, due to her filming schedule with RHONJ, they decided on a “staycation” rather than an over-the-top trip.

“Bill got a room in the city for a few nights and we made some reservations at some fantastic restaurants and he spoiled me, really, I felt like Pretty Woman. He took me shopping, he took me to the best restaurants, he literally wined me and dined me,” she admitted. “It was nice.”

As RHONJ fans will recall, Jennifer’s marriage became a hot topic during season 12 after Margaret Josephs exposed Bill’s past affair. But looking back, Jennifer said the reveal “didn’t affect” them because they were already “over it.”

“We had moved past it. But I do think that it affected my kids and this is something that my kids now will always know,” she noted. “This is not something that I can keep from them, ever, so of course there are times when I struggle with that.”

Perhaps surprisingly, Jennifer said she and Bill actually came out stronger after his infidelity was shared.

“We were stronger when we went through it the first time without anybody knowing but now we are at a place where, we walk in everywhere with our heads held high,” she stated. “We are rock stars. And we are committed to the commitment and to each other.”

Also during the interview, Jennifer described the upcoming 13th season as a “very funny season,” saying they have their “drama” but their “fun too” before confirming fans will “see Teresa get married” at the end of it.

“What better way to end the season than seeing a happy ending?” she asked.

Jennifer then noted that Teresa is not changing her last name.

“She’s Teresa Giudice. And her kids are Giudice, remember that. Teresa’s driving force is always her children, first and foremost, so she’s Giudice,” Jennifer explained.

The Real Housewives of New Jersey season 13 is expected to premiere on Bravo later this year or in early 2023.