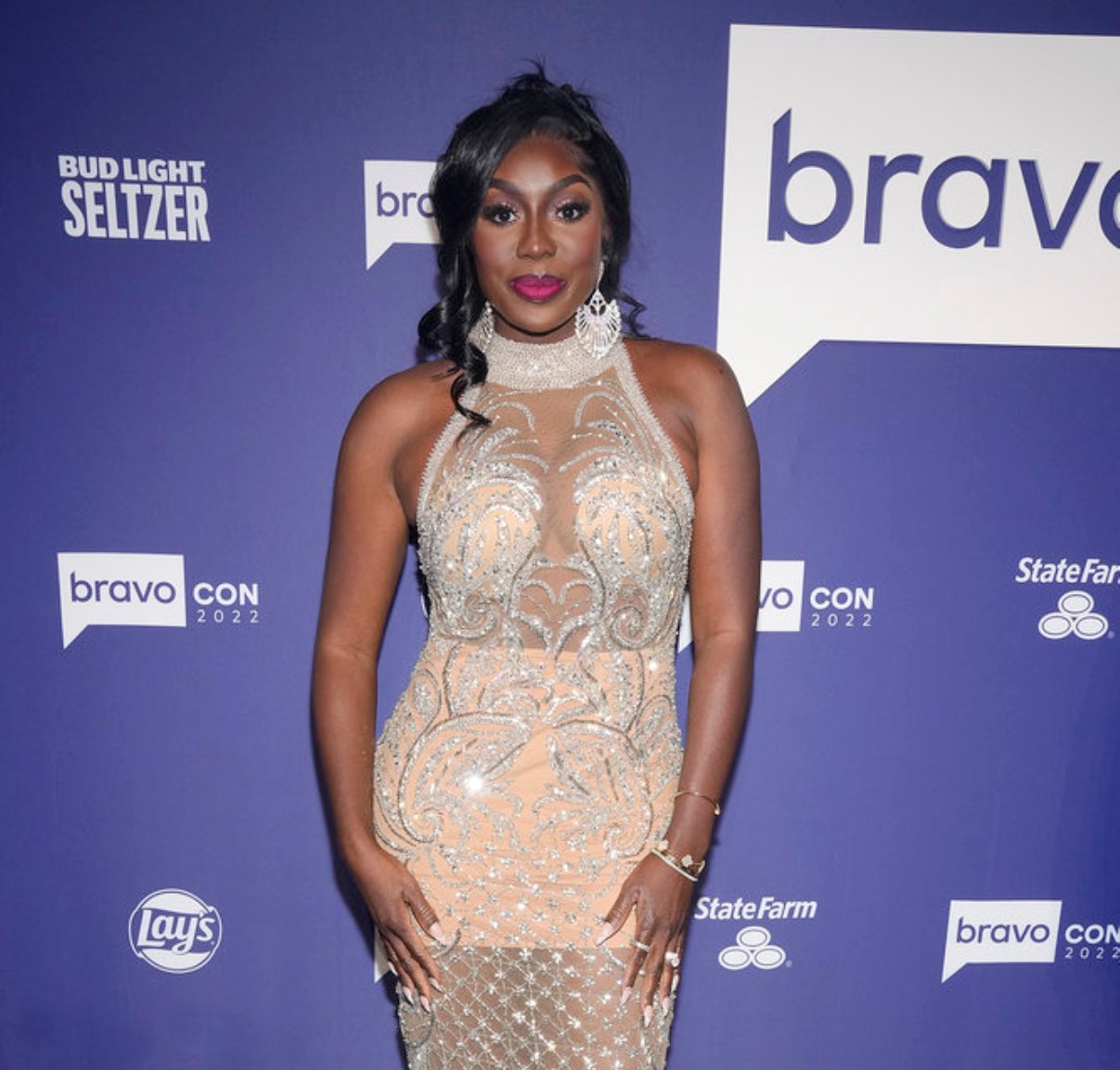 Wendy Osefo appeared on Sunday’s Watch What Happens Live, where she opened up about her now-infamous hot mic moment, during which she shaded Mia Thornton as a liar after criticizing her castmates for doing the same.

During a game with host Andy Cohen, the Real Housewives of Potomac star was asked if she would “own” up to her hot mic moment before answering a series of additional questions about her co-stars, including Gizelle Bryant, Robyn Dixon, and Charrisse Jackson-Jordan.

“I’ll own it but what me and Robyn were talking about was how she and Gizelle approached Mia,” Wendy explained on the November 6 episode of WWHL. “I never said that I believed her, I was just saying that Robyn and Gizelle’s approach by being in her face was wrong. So two different things.”

According to Wendy, she doesn’t believe Gizelle had good reasons for not wanting to hug her at Karen Huger’s spring party even now, looking back. In fact, when asked about the tense moment, Wendy said, “Nothing about her intentions will ever be positive,” and she doubled down on her past statement about Gizelle staying with men who constantly cheat on her because she has low self-esteem.

As for the footage of Charisse holding Robyn back, which both women denied, Wendy said she would’ve liked to have seen her RHOP castmates “stand in [their] truth.”

“We saw you come towards me. You had to be held back so I just didn’t understand why she was so hell-bent to the point she called Charisse, who, both of them lied and said that it never happened. It was just like, ‘What are we doing here? Don’t do that,’” Wendy stated.

Then, during another WWHL game, Wendy was asked who between Gizelle and Robyn was Pinky and who was the Brain, from the popular 1990s cartoon.

“Oh, this is easy. The Brain is Gizelle and Pinky’s Robyn. Pinky’s the follower, right?” Wendy replied.

Then, after saying she had “no clue” if anything happened between Gizelle and Peter Thomas, formerly of The Real Housewives of Atlanta, and noting that they can “have fun” if they want, Wendy revealed her “biggest gripe” with her co-stars.

In regard to Robyn, Wendy said her biggest issue with her castmate is “that she goes out of her way to have a problem with me, and even at the burn session when she was given the opportunity to say what is your issue, she refused to because she just wants to have an issue with me.”

As for Gizelle, Wendy is annoyed “that she often deflects from her own issues by picking at other women in the group and our families and husbands and partners.”

Wendy then took on Mia, saying, “I just wanna know the truth.”

Also on the show, Wendy admitted that she would have gone to family fun day if she was invited by Robyn.

“If she would’ve invited me… Absolutely. I would have. I would have taken my kids because it’s about the kids,” she explained.