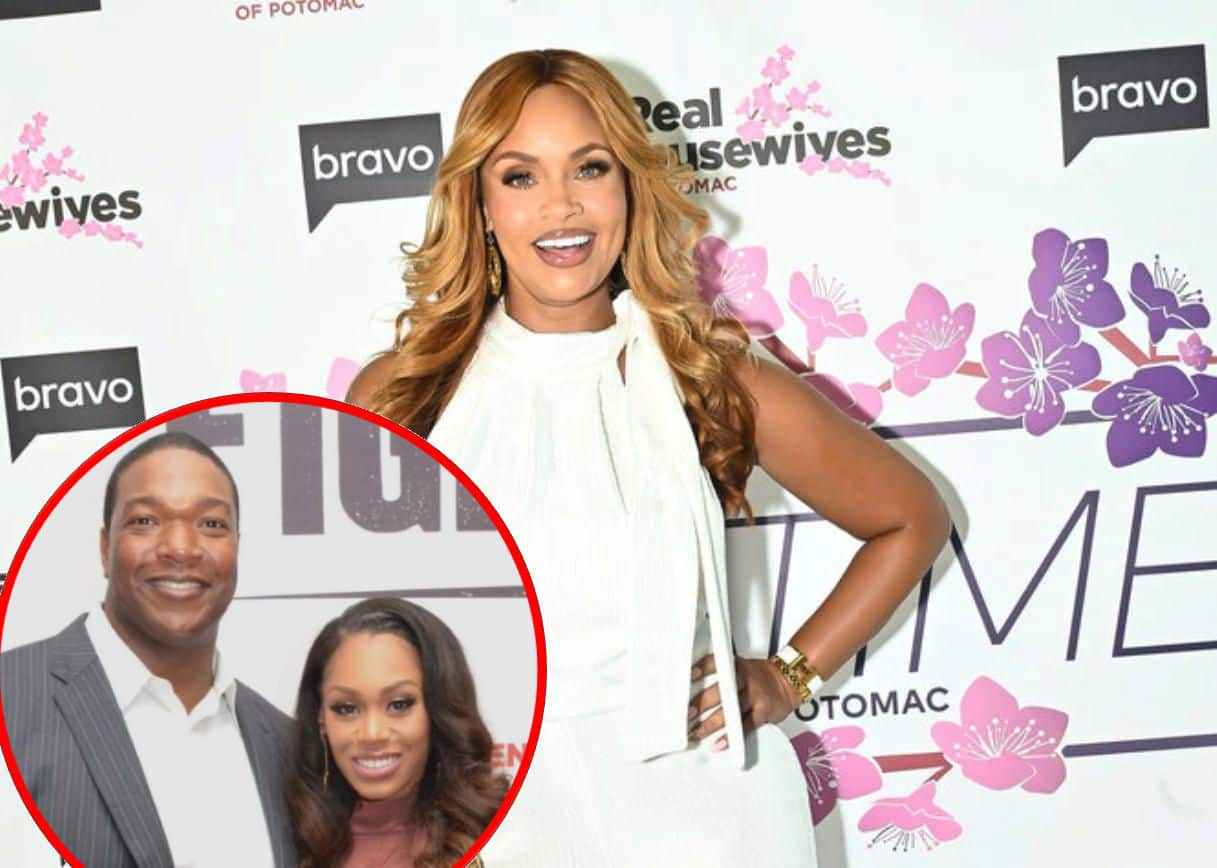 Following the latest episode of The Real Housewives of Potomac, Gizelle dished on Wendy Osefo‘s hot mic moment of the show, the lie she claims Chris Bassett told, and her regrets with Mia Thornton. But first, she answered a fan’s question about Monique’s rumored separation from her husband.

“It’s confusing because she did tell [Ashley Darby] they’re separated but then when it came out, [they said] they’re not separated. So it’s very confusing, which is typical Monique,” Gizelle replied on the October 23 episode of WWHL: After Show.

During the live broadcast of WWHL, Gizelle was asked about her thoughts on Wendy’s hot mic moment, during which her co-star was heard talking ill of Mia and calling her a liar.

“It was not shocking because that’s who we know her to be,” Gizelle stated.

As for her drama with Candiace Dillard-Bassett‘s husband, which was also a hot topic throughout the episode, Gizelle said she was triggered when she ended up “in a private room” with Chris.

“The door was closed. I just don’t want to be in a room with a married man,” she explained.

And when it comes to Chris’ suggestion that she was the one who suggested the room, Gizelle denied any such thing.

“That’s a lie. If that were the case there’d be no issue. I’d have nothing to tell Candiace,” she shared. “I’ve never been in a bedroom, because those have beds in it, my myself with him and he’s talking about his wife. I just didn’t feel comfortable. I felt something in my stomach. You know how you feel that tinge in your stomach? That’s what I felt and I asked him to go outside and see if they’re ready for me. Like, I asked him to leave my room.”

Gizelle then confirmed she was completely surprised by Candiace’s reaction.

“[One hundred] percent. I literally thought, because he’s DMing Ashley, DMing me, asking for private conversations. I literally was like, ‘Let me tell this girl what’s going on. She’s gonna go home, tell her husband, he’s gonna apologize and that’s it,’” Gizelle insisted. “I didn’t think it was gonna be this big of a deal.”

Gizelle also didn’t think it would be taken as an effort to destroy a marriage.

When asked about Candiace saying she targets marriages because she doesn’t have a storyline of her own, Gizelle said, “If I can take your marriage down by telling you your husband asked me for a private conversation, you don’t have a marriage.”

Gizelle was also asked why she waited weeks to speak with Candiace if Chris made her so uncomfortable, and she was questioned about the multiple hugs she shared with Chris at Karen Huger‘s party.

“It was [two hugs], but um, so I wasn’t going to say anything to Candiace, but then it was Ashley’s DMs and he DMs me and I just felt like, as her friend, you’d wanna know that your husband’s doing things that’s making the ladies feel a little uncomfortable,” she explained.

As for Robyn Dixon‘s reaction to the drama between Gizelle and Chris, which Robyn didn’t seem to think was all that serious, Gizelle said she told Robyn what happened as soon as it happened.

“She knew how I felt about it. But Robyn took it a different way. But I don’t need Robyn to speak for me,” Gizelle noted.

Gizelle went on to name Brandi Glanville as the “drunkest Bravolebrity” she saw at last week’s BravoCon before calling out Tamra Judge as well.

“I saw Tamra’s vagina too many times,” she revealed.

During the RHOP premiere, Gizelle questioned the statements Mia made in regard to her potential cancer diagnosis. But last night, as she looked back, Gizelle admitted to having regrets.

“Yes I was definitely going to have that conversation with her but I was just coming in hot with her and I should not have done that and I apologized immediately,” Gizelle confirmed.

Also during the show, Gizelle confirmed that her house is “done” and said that when it comes to her and Karen’s friendship, they’re “better this season than pretty much any other season.”

“But I’m sure it’s not going to last long,” she added.