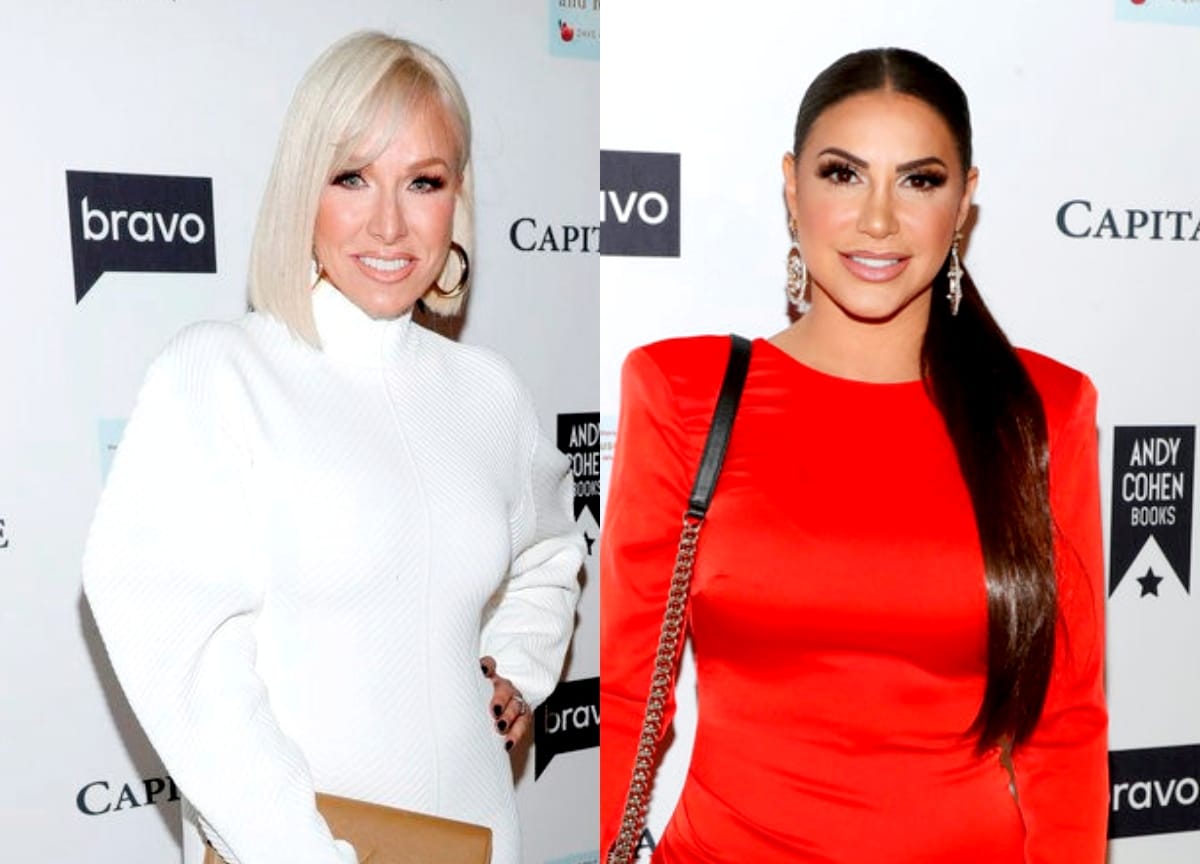 Margaret Josephs and Jennifer Aydin may have been seen making amends during the 12th season of The Real Housewives of New Jersey. But during an appearance at BravoCon, Margaret revealed Jennifer’s sentiments were fake.

As she shaded her castmate as inauthentic and slammed Jennifer for the “inappropriate” way she spoke about her past sexual assault experience, Margaret admitted she was shocked by Jennifer’s season 13 behavior and weighed in on the ongoing controversy on The Real Housewives of Beverly Hills over whether or not Lisa Rinna exaggerated Kathy Hilton‘s meltdown in Aspen.

“I hate hypocrisy and I do not make up lies. I do not make up stories. Did I say her husband had an affair? I didn’t surprise her with it. I apologized genuinely. I felt horrible when I saw how hurt she was. I made up with her genuinely,” Margaret recalled of her past issues with Jennifer, which arose when she dropped the bomb about Bill Aydin on the premiere episode of season 12. “When I make up with somebody and I say, ‘I’m sorry.’ I mean it from the heart. Some people aren’t that way so that was a little shocking.”

“This year… She did not make up with me genuinely…. She had it in for me,” Margaret continued of what fans will soon see for themselves. “You guys will watch the season.”

According to Margaret, she was disgusted by the way Jennifer spoke of the sexual assault she endured in the workplace, especially considering her husband had slept with someone he worked with.

“You can’t say I slept my way to the top. That’s inappropriate,” she continued, adding that Jennifer “had plenty of opportunity to apologize.”

As for her thoughts on the drama of RHOBH, Margaret said she does not believe Lisa exaggerated her story about Kathy.

“I don’t think Lisa Rinna’s lying. That doesn’t mean that no one’s a bad person and listen, Lisa Rinna could have a bad delivery and maybe she didn’t do it right but things happen,” Margaret reasoned. “She’s brought us great TV for many years but two things can be true.”

Also during the interview, the RHONJ cast member reacted to the BravoCon audience booing Lisa when she arrived to stay for a panel of her own.

“To boo her was really tough,” Margaret said.