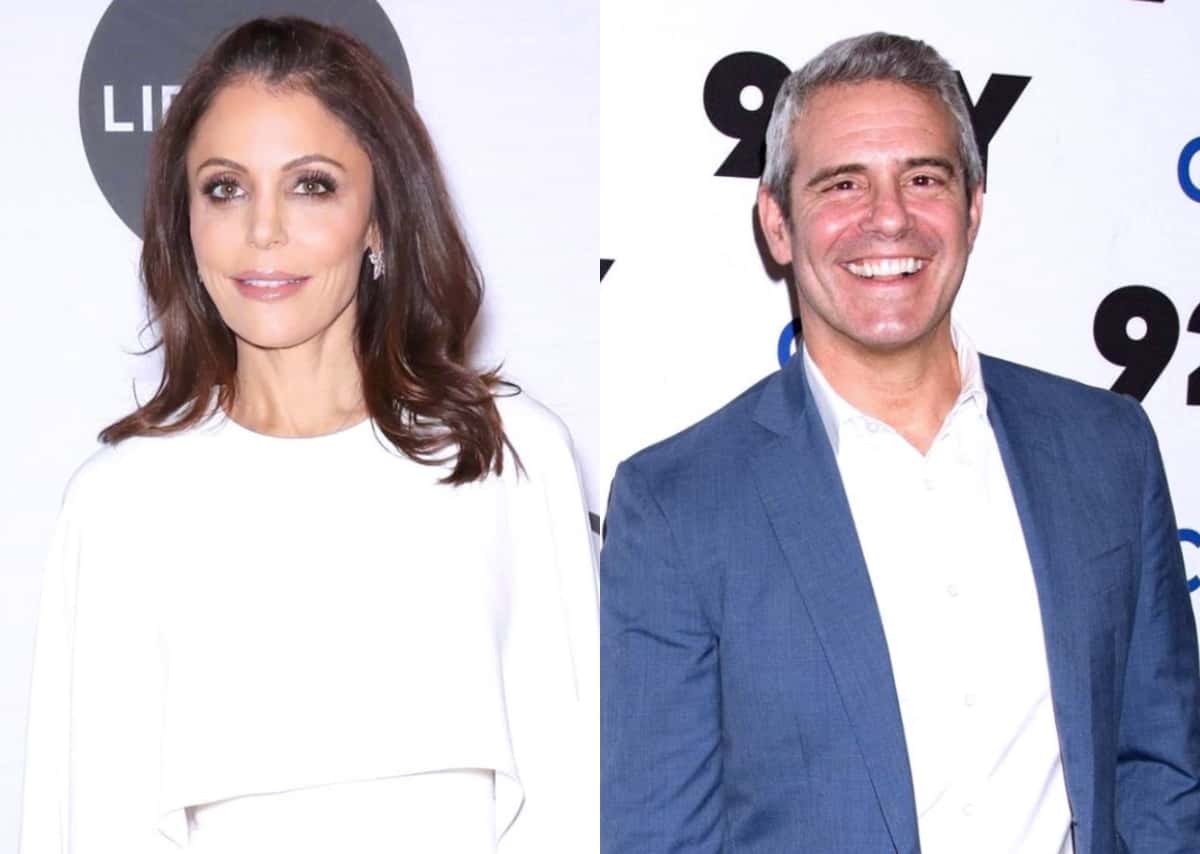 Bethenny Frankel is insisting there’s “no conflict” between her and Andy Cohen despite comments he recently made in regard to her new podcast, ReWives.

After the Watch What Happens Live host admitted he was “a little surprised,” pointing out that the Real Housewives of New York City alum had been “trashing the show for the last three years” and describing it as “toxic,” Bethenny said that while Andy is “probably a little annoyed” by her show, they are still “friends.”

“We totally are pals and we take beach walks and most of what we talk about on those walks is the Housewives, of this city, that city, this person, that person,” Bethenny said on the November 29 episode of Today with Hoda & Jenna, via Page Six.

According to Bethenny, Andy had a positive reaction to her podcast news, telling her, via text, “Oh fun, I’m glad to see you embracing the Housewives.”

As for his claims about her trashing the Real Housewives, Bethenny said Andy wasn’t completely correct.

“I didn’t really trash the Housewives. I said that it was toxic for me at that point,” she clarified. “I think it is a different show than what it was in the beginning. It’s evolved into something different, more big, more shiny, more dramatic than what we started with… more conflict.”

As RHONY fans will recall, Bethenny appeared in the first three seasons of the show before moving on to her spinoff, Bethenny Getting Married (later renamed Bethenny Ever After). Then, after three seasons of her own show, Bethenny return to RHONY for season seven before her second exit after season 11.

While Bethenny and Andy may have differing views on her podcast, with Bethenny saying she’s “allowed to talk about my former life” and refusing to be “silenced in talking about the Housewives,” Bethenny said their complicated friendship is the result of them both being in the business of entertainment and sharing a history.

“It’s just also that we are both also in this business and we are also friends and we also share Housewives stuff where he was producing the show that I was on. So there’s all these different dynamics where I guess they overlap,” she explained.

In addition to Andy voicing his thoughts on Bethenny’s podcast, Luann de Lesseps also spoke out, slamming her former castmate on the Everything Iconic Podcast with Danny Pellegrino.

“It’s pretty sad and pathetic that she has to resort to Housewives because of all of her failed pivots since the Housewives,” Luann stated. “She’s tried everything other than Housewives, and it doesn’t seem to work so… And now she’s going back to Housewives. So it’s a pretty desperate scenario.”