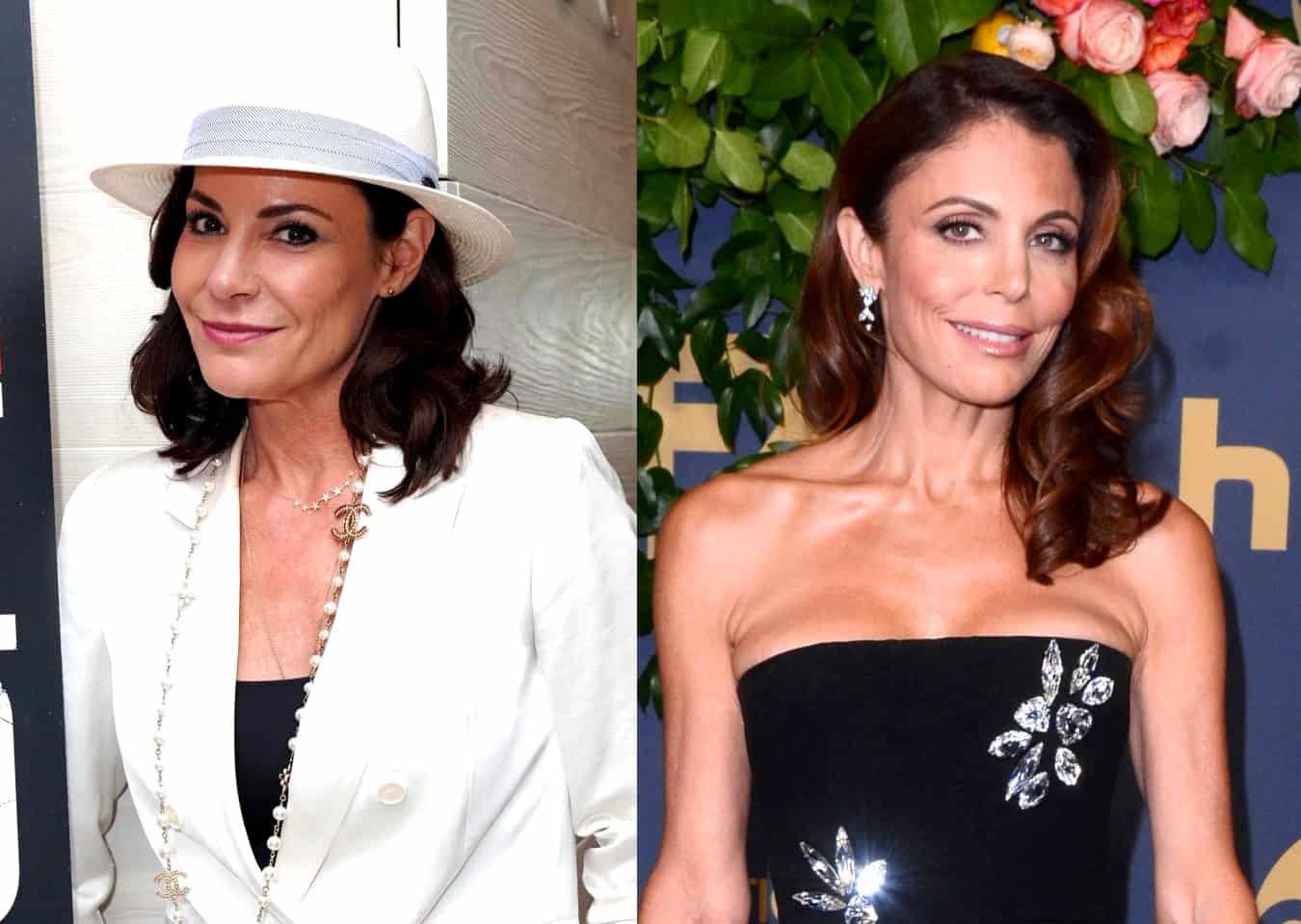 Luann de Lesseps is not happy about the news of Bethenny Frankel‘s new rewatch podcast.

Following the announcement regarding the iHeartRadio series, ReWives, on which Bethenny will look back at old episodes of The Real Housewives of New York City and other franchises with celebrity guests, her former co-star appeared on the Everything Iconic Podcast with Danny Pellegrino, where she expressed her disgust.

“It’s pretty sad and pathetic that she has to resort to Housewives because of all of her failed pivots since the Housewives,” Luann noted, as heard in a clip shared by the Queens of Bravo on Instagram on November 4. “She’s tried everything other than Housewives, and it doesn’t seem to work so… And now she’s going back to Housewives. So it’s a pretty desperate scenario.”

Luann also suggested that Bethenny was planning to “sh-t on us on her little podcast about the Housewives.”

Meanwhile, Bethenny claims she’ll be “putting the real back in Real Housewives” on her pod.

“And just like that… Bethenny is back in the Housewives universe (sort of)… She’ll be recapping and talking all things OG [RHONY] on her brand new iHeartRadio podcast: ReWives,” a RHONY fan page announced on Instagram on Friday. 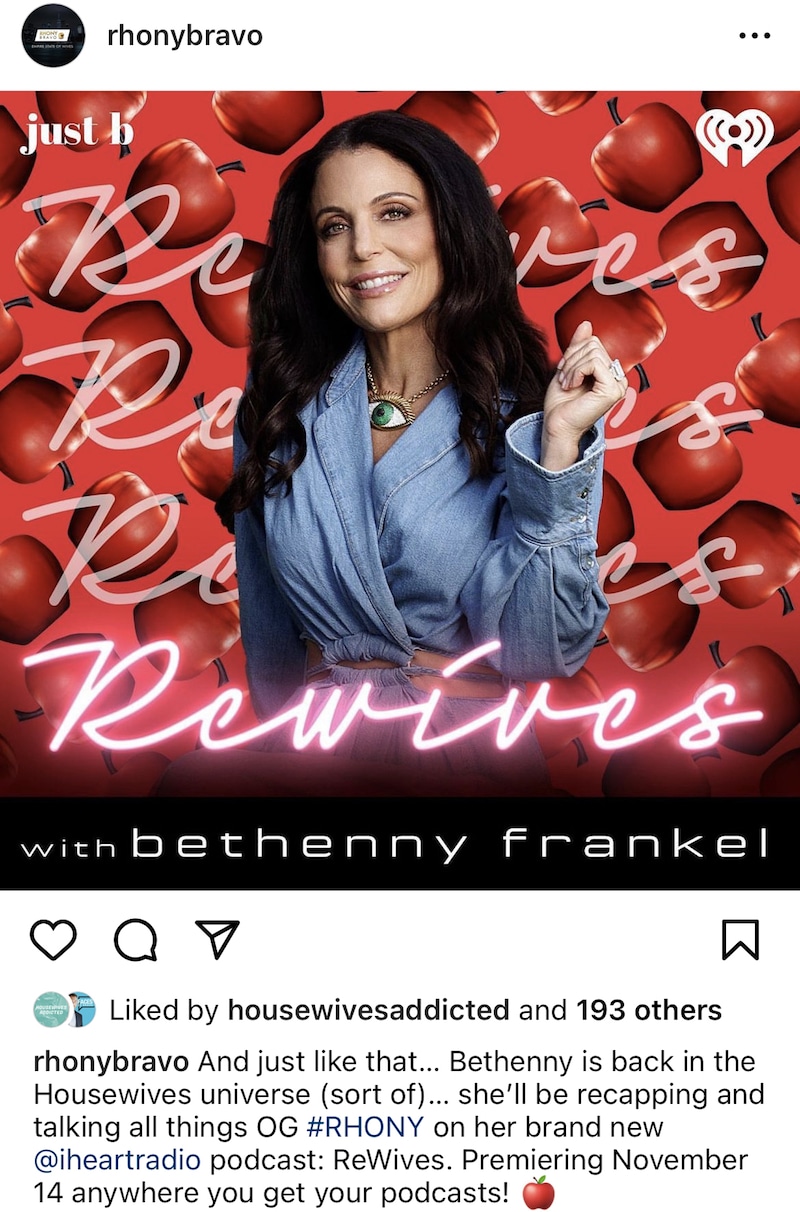 As RHONY fans may know, Bethenny hasn’t always spoken highly of her former series. In fact, she’s suggested the show “devolved” since she left and accused it of focusing on “women trashing women.”

Now, as she returns her focus to the show, she insists her podcast won’t be about the drama.

“We don’t delve into that territory,” Bethenny explained to PEOPLE. “I didn’t want to do something derivative… It’s really about the real dynamics that are going on underneath, which I find to be more interesting anyway, and not the low-hanging fruit trash that others take away from it.”

“I’m not just picking up on the big, shiny items. It’s really about narrowing in on what’s insightful and talking about the whole themes in a way that somebody who has never seen the show would be as wildly entertained as someone who’s obsessed,” she continued.

At one point in the making of the podcast, Bethenny found herself talking about “the actual meaning of family” with Jerry Springer while looking back at a tense moment between Teresa Giudice and Joe Gorga on RHONJ.

“I’m not really interested in a table flipping over, but what are the dynamics surrounding that? What does it mean?” Bethenny explained. “It’s not talking about whether or not [Shereé Whitfield] got a seven-figure settlement in her divorce. It’s about, is she actually going to get that? And how do you mandate that?”

As for where the idea came from, Bethenny revealed it was her fiancé, Paul Bernon, who developed the concept.

“He said, ‘You’re the Tom Brady of Housewives, so you should be breaking down the game,'” she shared.

“Bravo’s going to love [my podcast] too — because it’s going to make people go back and watch,” she said.

The first episode of ReWives drops on November 14.