PHOTOS: RHOBH’s Kathy Hilton Returns to Aspen After Meltdown as Kyle Richards and Family Are Also Spotted, Is a Holiday Reconciliation Looming?

Kathy Hilton has returned to Aspen, Colorado, nearly one year after her now-infamous meltdown, which reportedly began at the town’s exclusive Caribou nightclub.

After being accused by Lisa Rinna of threatening to destroy Kyle Richards and her family amid the outburst on an episode of The Real Housewives of Beverly Hills season 12, Kathy confirmed she was back in town by sharing a series of photos on Instagram — just as Kyle did the same, also from Aspen, on her own social media page.

“Thrilled to be in Aspen for some fun in the snow with my [Max Mara] family. Their pop up at [Hotel Jerome] is a must-see! Always the most chic. It is open now until December 23rd,” Kathy wrote in the caption of her December 19 slideshow, which included one photo of Kathy standing outside in a tan sherpa jacket and another of her enjoying a dinner with daughter Nicky Hilton-Rothschild and friend Tina Chen Craig.

Meanwhile, on Kyle’s page, she shared several photos of her own, including a mirror selfie, which gave fans a sneak peek at her family’s Christmas tree in Aspen, and an outdoor shot, which featured a fox sitting on the ledge of her balcony.

“Our little visitor,” Kyle said of the wildlife. 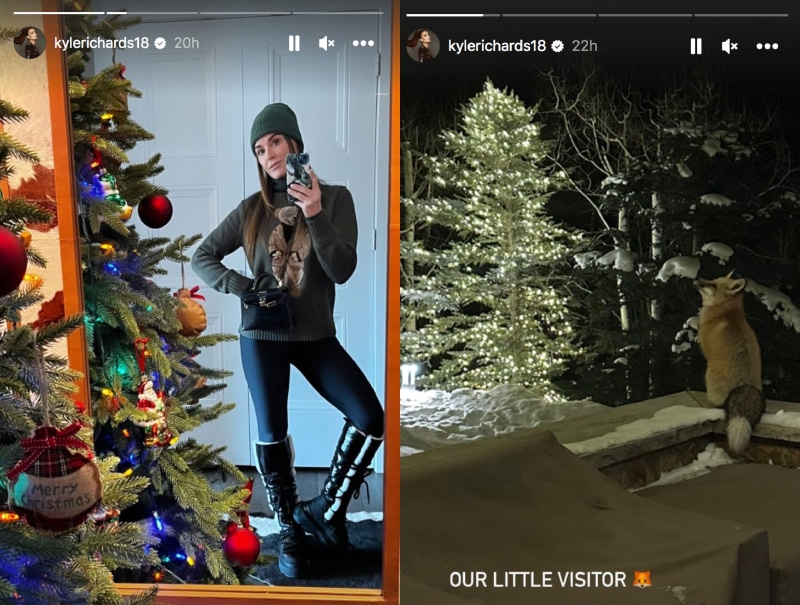 Kyle’s oldest daughter, Farrah Aldjufrie, also posted photos on her Instagram page, including an image of their family enjoying a dinner date at Campo de Fiori. 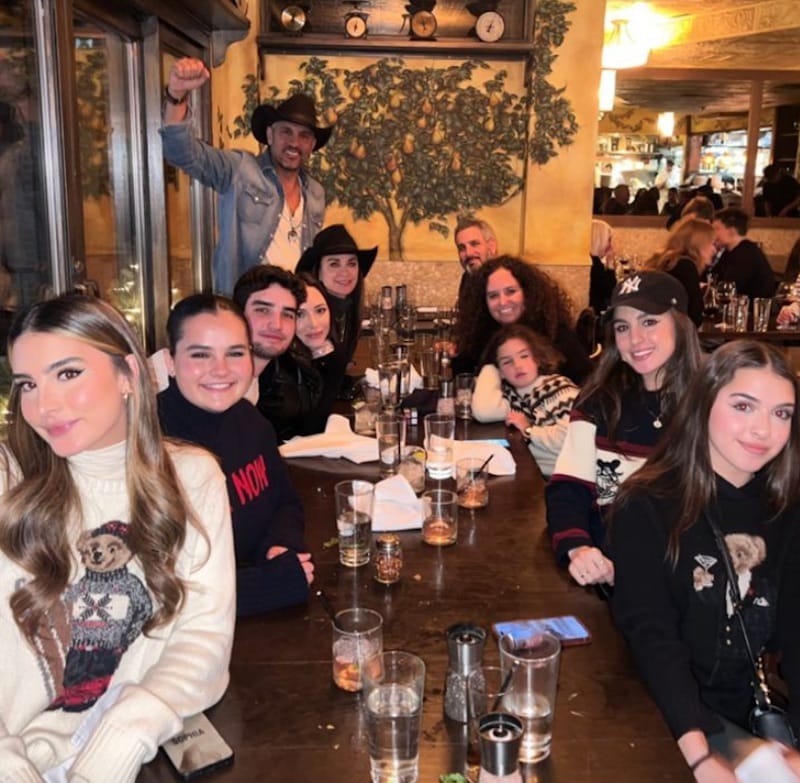 Although Kyle was noticeably absent during Kathy’s annual Christmas party over the weekend, both she and Kathy have expressed interest in a future reconciliation with one another. And now that they’re both in Aspen for the holidays, it could be the perfect time.

During a December interview with Extra TV, Kyle admitted she was “very depressed” after RHOBH season 12 and noted that she was “hoping to mend some relationships there and be able to move forward in my life to have some peace” before season 13.

As for Kathy, she told Access Hollywood weeks ago that while she and Kyle have “texted,” they have not talked “for a while.”