PHOTOS: RHONJ’s Melissa Gorga Shows Off Master Bedroom in New Mansion, See the Sleek Fireplace and Unique Lighting Inspired by “Glitz and Glamour” of the 1920s 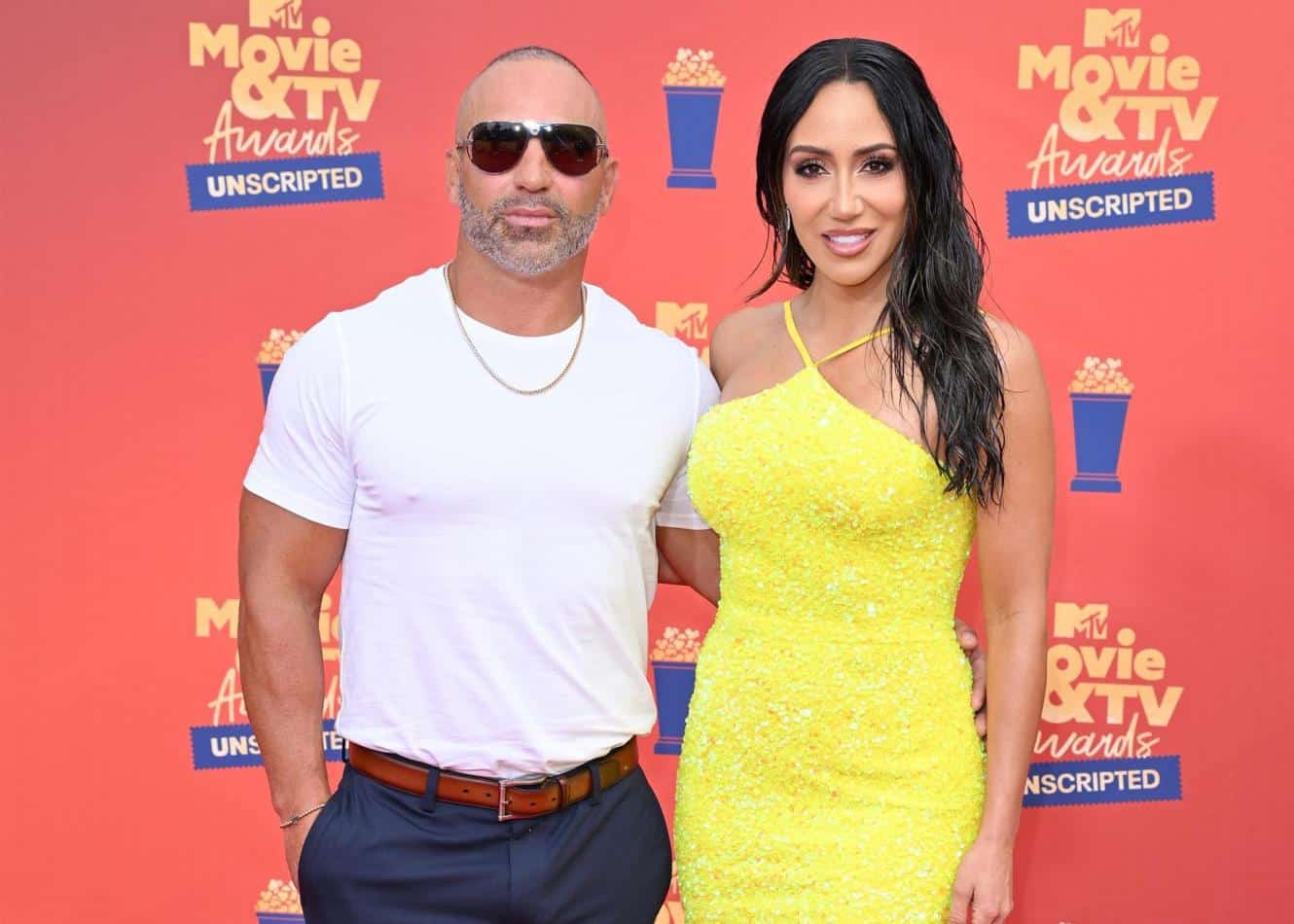 Melissa Gorga took her fans and followers inside of her and Joe Gorga‘s new home for a look inside their stunning bedroom last week.

Months after the Real Housewives of New Jersey couple moved into the mansion, which is located in the West Gate Urban Farms community, Melissa took to her Instagram page, where she showed off her and Joe’s stunning bedroom, which she claims was inspired by 1920s “glitz and glamour.”

“Love waking up here,” Melissa wrote in the caption of a January 7 video shared to her page. 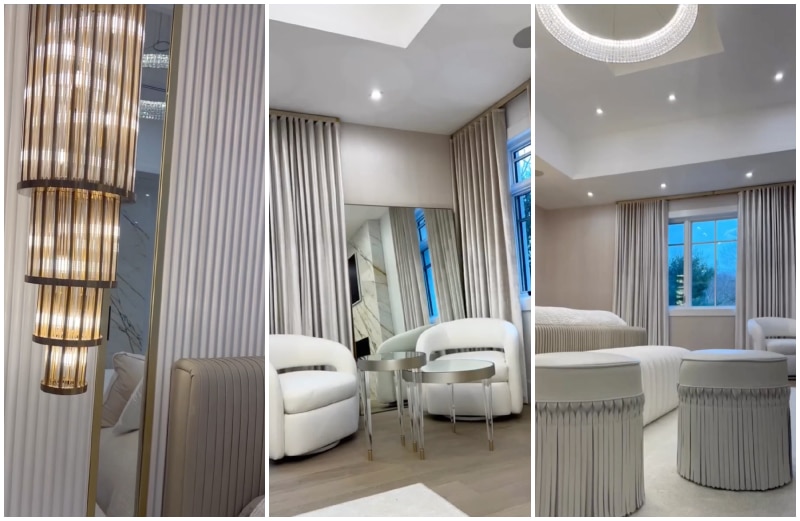 “Let’s talk bedroom details … fab lighting … [Avenue Lighting] has the most unique lighting. A little lavish nod to the glitz and glamour of the roaring 20s,” Melissa described. “The whole entire bedroom design came from the very talented [House of Style and Design’s Yelena Gerts] Yelena hand picked every piece of furniture, right up to the fluted wall design behind my bed.”

In addition to having stools and modern chairs for seating, there is also a bench located at the end of Melissa and Joe’s bed. 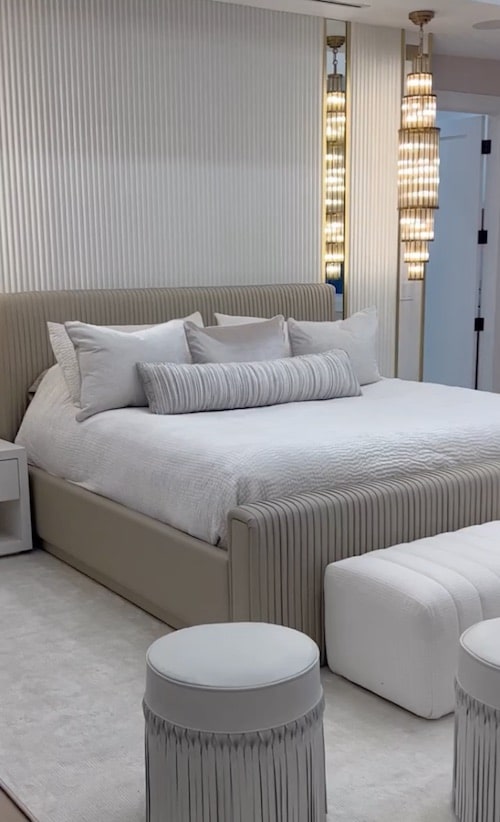 The bed features natural shades of beige and white and several different pillows to match.

“If you’re renovating or building,” Melissa continued, “I could not recommend anyone better than both of these amazing companies! I told them exactly what I wanted, and they came through with it perfectly.”

In front of Melissa and Joe’s bed is a stunning marble fireplace feature, which boasts a hanging television and what appears to be a speaker above. 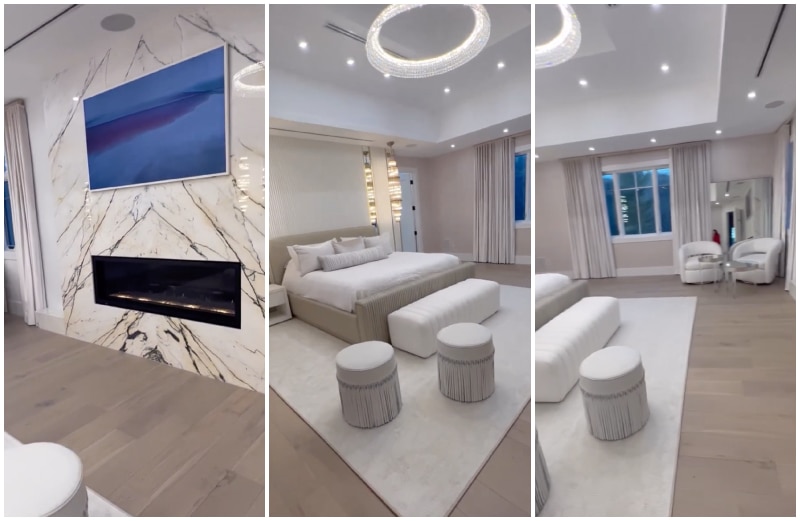 Melissa and Joe’s bedroom also offers plenty of natural light with its many windows, which have been outfitted with automatic curtains. 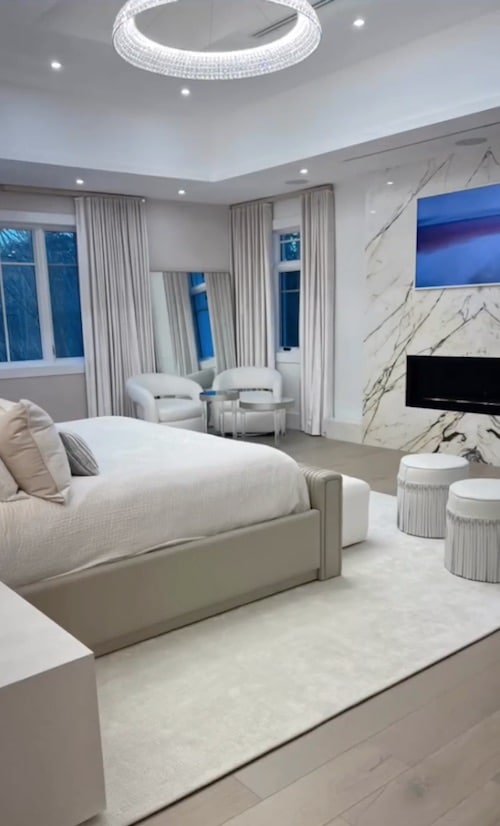 Since moving into the home last November, Melissa and Joe have shared a number of photos and videos of the residence’s exterior and interior, including its two-story foyer, modern white kitchen, and home office.

The RHONJ cast members purchased the home for $950,000 in June 2021 (after selling their former mansion in Montville, New Jersey for $2.5 million in December 2020) and quickly embarked on a major renovation.

“Our family home for the last 12 years is officially sold,” Melissa said at the time. “We’ve made so many memories in this home. We were blessed to be able to share so many of them with all of you, [Bravo and] the Real Housewives of New Jersey viewers. I love that I can always watch the reruns and remember the good times we had in it. I’m excited to start new beginnings with my family.”

The Real Housewives of New Jersey season 13 premieres on Tuesday, February 7, at 9/8c on Bravo.