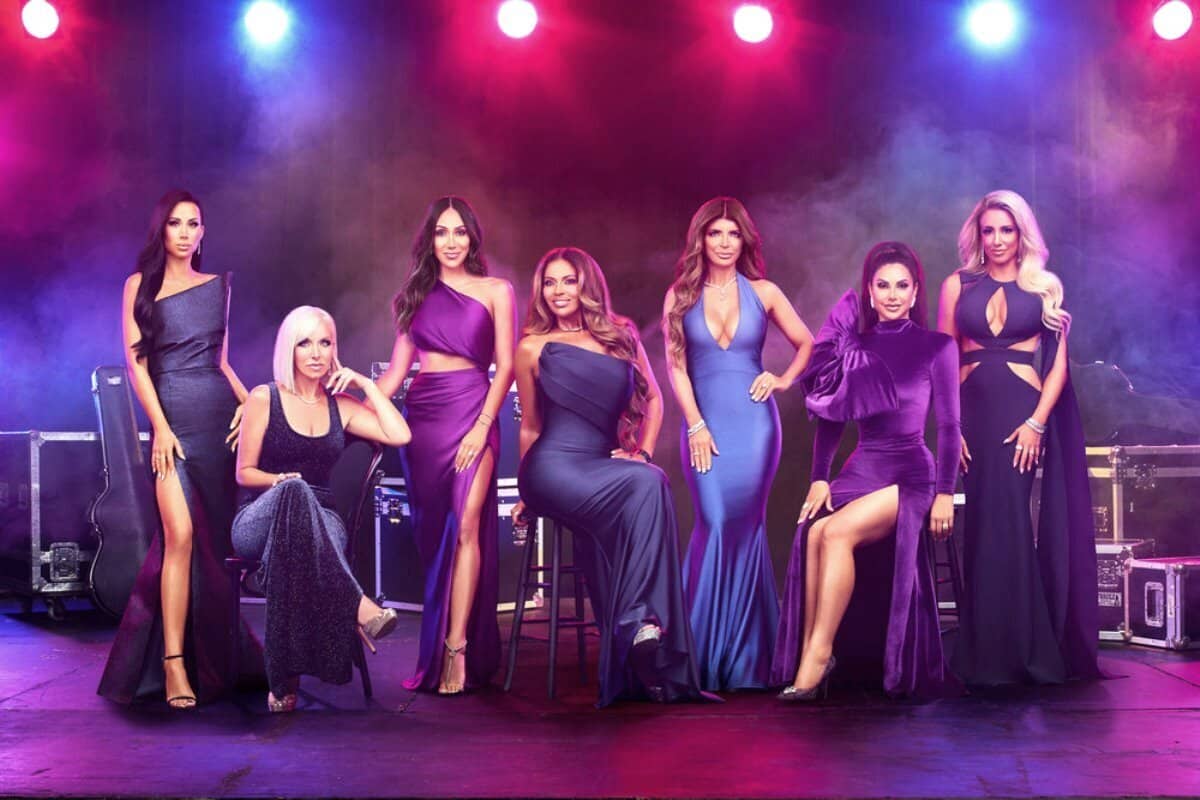 The Real Housewives of New Jersey trailer is finally here. And as expected, Teresa Giudice’s falling out with Melissa and Joe Gorga is taking center stage.

As Joe’s finale fight with Luis Ruelas is teased, Melissa is accused of cheating, and Jennifer Aydin faces more marital turmoil with husband Bill, the new wives of the show, including Rachel Fuda, Danielle Cabral, and ‘friend’ Jennifer Fessler, are introduced. Plus, fans are getting to see more of what led up to Teresa’s latest estrangement with the Gorgas.

“So I’m the bad guy?” Melissa asks Teresa as clips of her and Luis’ wedding are previewed.

Amid production on RHONJ season 13, rumors began swirling in regard to Melissa’s alleged infidelity with actor and family friend Nick Barrotta. And around the same time, Teresa was accused of pushing for the issue to be brought up on camera.

“He saw Melissa in the backseat and she was making out with another guy,” Jennifer tells Danielle.

And elsewhere, Teresa confronts Joe about his potential marriage problems, saying, “I don’t think you guys are happy.”

In addition to the continuing drama of Teresa and the Gorgas, the dust also hasn’t settled between Jennifer and Margaret Josephs.

“You don’t have any f-cking friends,” Margaret tells her castmate.

“I have a family, which is something you’ll never f-cking know what it’s like to have,” Jennifer fires back.

But Jennifer’s life at home with Bill is far from peachy as she complains to Bill that he doesn’t “do sh-t,” and she admits to Danielle, who describes herself as “over the top and extra,” that she’s “done with being chum for somebody who treats me like sh-t.”

Doing much better in her relationship, Dolores Catania is looking to the future with boyfriend Paul “Paulie” Connell — much to Frank Catania‘s dismay.

“Is he talking engagement?” Melissa asks Dolores during a meetup.

Then, after Frank confesses to Dolores that he misses their relationship and says, “Let’s fix it,” Dolores shoots him down, saying, “There’s nothing to fix.” Still, Frank persists.

“It’s almost like you’re off-limits… It’s our family. It’s the four of us. I’m gonna start to cry,” he tells his ex-wife at dinner.

As for Rachel, Margaret describes the season 13 newbie as a “glamorous Tim Burton character,” and she describes herself as a “total dictator mom.”

“There’s no democracy up in this b-tch,” Rachel declares before getting into with both Teresa, who tells her to “mind [her] f-cking business,” and Jennifer, who calls her a “f-cking idiot.”

As the trailer comes to a close, things between Joe and Luis appear to be on the verge of getting physical as Joe threatens to “break [his] f-cking balls” and Luis is later seen charging toward him.

“I’m gonna let him punch me in the face because I’ve got nothing to f-cking lose!” Luis declares as Teresa screams, “Oh my God!”

“She’s always wanted to keep my brother and I apart … She got her wish,” Teresa cryptically adds of Melissa.

Jackie Goldschneider and Jennifer Fessler were seen briefly in the trailer and will appear in the new season in “friend” roles.

The Real Housewives of New Jersey season 13 premieres on February 7 on Bravo.