Home Real Housewives of Beverly Hills News Lisa Vanderpump on Why She Believes Mauricio Dissed Her With “Unkind” Statements, Reacts to Fans Calling for Her Return to RHOBH

Lisa Vanderpump on Why She Believes Mauricio Dissed Her With “Unkind” Statements, Reacts to Fans Calling for Her Return to RHOBH 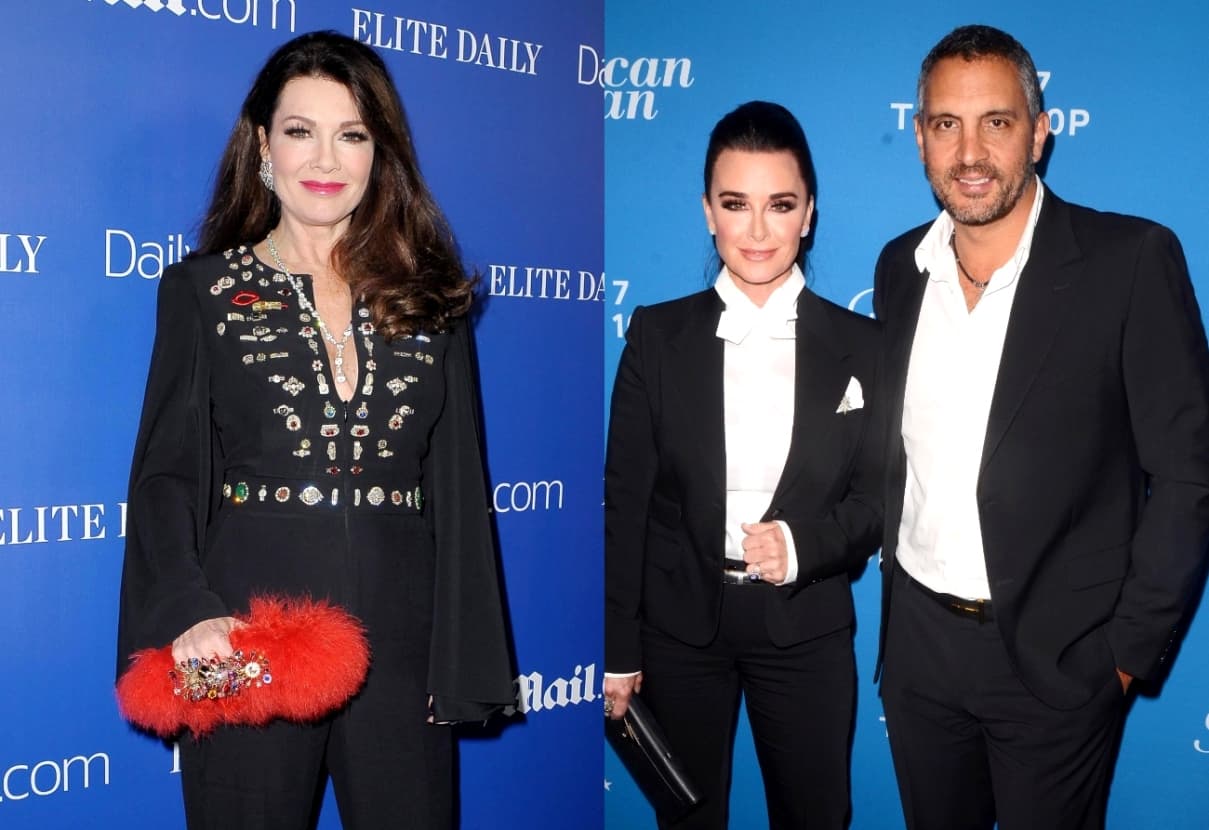 Lisa Vanderpump thinks she knows why Mauricio Umansky has been speaking ill of her in recent months.

After the Buying Beverly Hills cast member, who has starred alongside wife Kyle Richards for the past 12 seasons of The Real Housewives of Beverly Hills, slammed Lisa as the “rudest Bravolebrity” on Watch What Happens Live and doubled down during a podcast appearance, Lisa responded to a couple of fans on Twitter who called him out.

“Kinda cringe Mauricio says he stays out of the drama, but he talks about how he dislikes Vanderpump,” one fan had written in a tweet shared on January 11.

“Please don’t say things that are unkind and not true about LVP,” added a second.

After shading Lisa on WWHL in November, Mauricio explained the comment on the Side Piece with Melissa Pfeister podcast.

“I just don’t like the way she’s acted with my wife,” Mauricio shared on the December 8 episode, seemingly giving a nod to the Puppy Gate scandal that ended Lisa and Kyle’s years-long friendship as he further slammed Lisa as “really childish and immature and mean.”

“That was very mean girl thing and she just didn’t own her sh-t,” he explained. “You gotta own your own sh-t and she f-cked up and she didn’t own her own sh-t so yeah, that’s the truth. That’s my perspective on it.”

And while Lisa commented on Mauricio’s dig shortly after it was made, calling him a “little puppet,” she also reacted to her followers’ recent mention of his claims.

“Must be a fan of somebody else’s lol,” Lisa suspected. 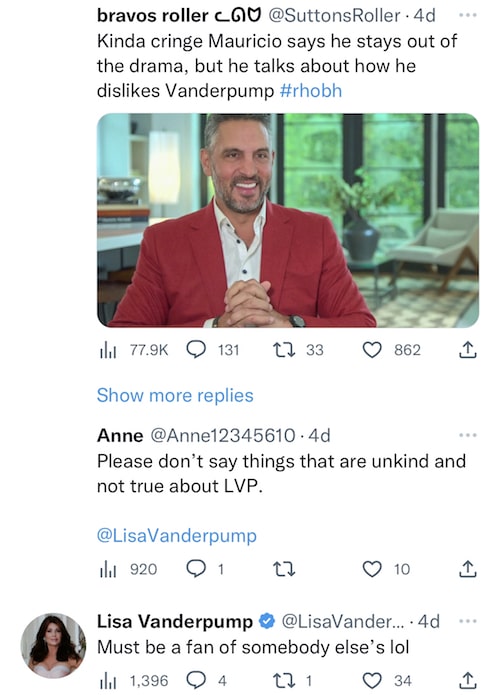 Lisa then responded to commenters who mentioned her potential return to RHOBH, which has been rumored in recent weeks, especially after the confirmation of Lisa Rinna‘s departure from the show.

“I love Lisa Vanderpump please bring her back… The place it’s just boring without her!” one person declared.

And while Lisa didn’t offer a clear message about the idea, she reacted with a pink heart and praying hands emoji. 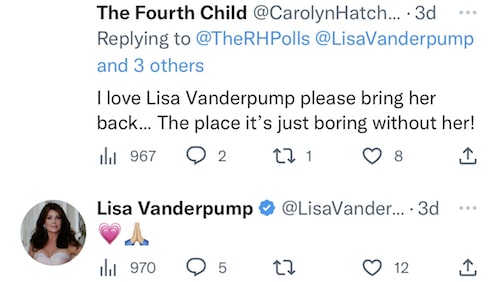 Another fan said, “I’ve given up on you ever wanting to come back but if there [is] even a glimmer of hope left- I’m gonna hold on to it lol … Comeeeee backkkkkk … Housewives have blocked me over you, and I’m not afraid to be blocked again, come home… it’s time.” 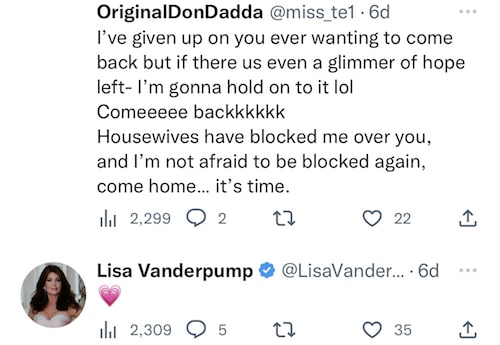 The Real Housewives of Beverly Hills season 13 is expected to begin production sometime later this month.