Home Vanderpump Rules Vanderpump Rules’ Lala Kent Discusses If She Hooked Up With Jax, Leaving Ex for Randall, and Fears for Ocean, Plus Protecting Daughter Amid Alleged Investigation

Vanderpump Rules’ Lala Kent Discusses If She Hooked Up With Jax, Leaving Ex for Randall, and Fears for Ocean, Plus Protecting Daughter Amid Alleged Investigation 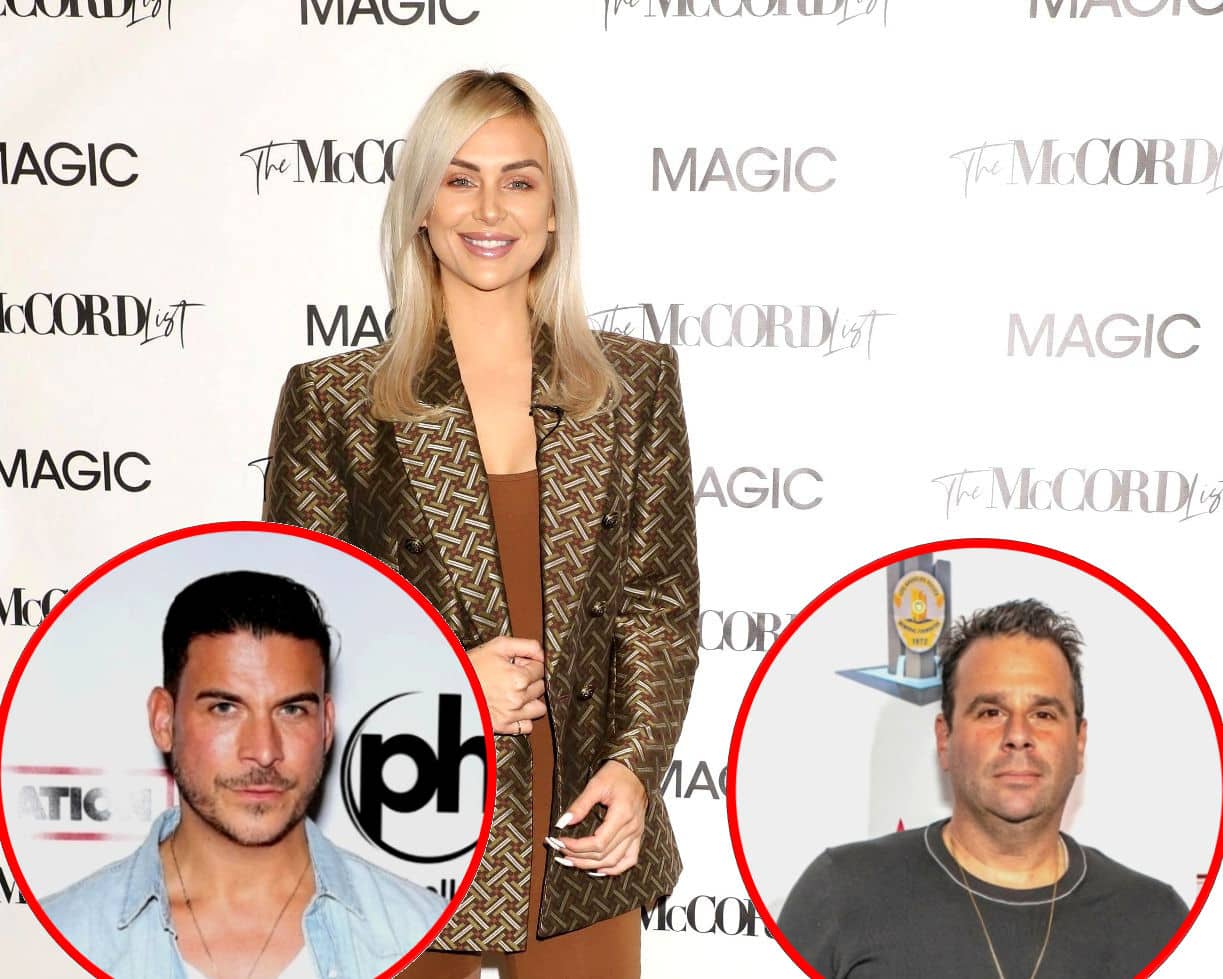 Lala Kent is setting the record straight about what went down between her and Jax Taylor during the fourth season of Vanderpump Rules.

Before looking back on the relationship she ended to pursue a romance with Randall Emmett and expressing concern for their one-year-old daughter, Ocean Kent Emmett, Lala explained what happened after she and Jax, who married wife Brittany Cartwright in June 2019, engaged in some flirting at a bar.

“No I did not [hook up with Jax],” Lala confirmed on the January 17 episode of Give Them Lala. “I think in season four before Brittany had come into Vanderpump Rules, there was flirting going on. But nothing ever happened, not even a kiss, like nothing at all happened ever.”

In fact, even raising questions from her co-stars during a night out with Jax, Lala went home with the man she was “so in love with.”

“There was a scene in season four, at the very beginning, where I went to have drinks with Jax, [Scheana Shay], and [Kristen Doute], and I had my hand on Jax’s leg. And everyone was like, ‘She’s doing something naughty.’ And I wasn’t. And then I had my person I was so in love with at the time, pick me up,” she revealed.

According to Lala, she was “wasted” at the time and actually had sex with the unnamed man, who she’d been dating since she was 21 but who was never seen on Pump Rules, on the way home.

“It was very fun, but I don’t recommend it. I literally was having sex with him while he was driving, like on his lap,” she admitted. “One wrong move, we were through the windshield.”

Following the rendezvous, Lala continued to date the mystery man but ultimately decided to break up with him due to “dreams he was cheating” — and a blooming romance with Randall, her now-ex-fiancé.

“I chose that thing to be with. I was like, ’You know what? You’ve really taken my heart on a wild f-cking ride and I just, I could go for security and knowing I’m going to be taken care of in my emotional areas. He’s present, and I just can’t take the chance on you doing to me what you’ve done for the past however many years,’” she revealed. “Big mistake. Big, big mistake … But then I wouldn’t have Ocean Kent.”

Lala and Randall welcomed daughter Ocean in March 2021 but split just months after he was reportedly caught cheating. Ever since, they’ve been co-parenting on an app amid a messy custody battle.

“I got a lot of fears,” Lala said after mentioning how current news stories, like the Idaho murders, impact her as a mother. “My biggest one, though, is social media at a young age. The phone [and social media] scares me.”

As Lala continues to battle Randall for custody, the film producer has found himself making plenty of headlines, especially after his ex-wife, Ambyr Childers, requested a restraining order against him and claimed to have been contacted by the FBI about Randall’s “suspected activities with child exploitation,” which he denies.

Although Lala didn’t address the claims against Randall directly, she did speak of her personal turmoil.

“I want to get on this mic and be like, ‘This is what I’ve been f-cking dealing with for 14 f-cking months. These are the little things that I gotta f-cking deal with, and I’m sick of it.’ And to watch someone constantly trying to say that everyone around is lying, but he’s the keeper of the truth, everyone else is insane and lying, trying to take him down, it’s beyond comprehension,” she stated.

Still, Lala appreciates the information being shared, which her co-host noted doesn’t even “[scratch] the surface” of the full story.

“People are somewhat, somewhat seeing why I am fighting for my child right … I’m doing what I can to prevent things from happening, to protect my offspring, my little cub, but it’s a lot,” Lala admitted. “And I will say, this weekend, I had moments of just… I may break. And I gotta sit in a room and regroup and tell myself, ’This motherf-cker is not gonna break me, b-tch. I’ll be damned.’ The full story will come out, and I don’t even have to be the one to say it.”

“[I’m] living on a prayer,” she added. “The only things that keeps me going on a day to day where I can get out of bed and function… You wake up in the morning, and you’re straight living on trust in something greater than you.”