by Lindsay Cronin May 5, 2019 13 comments
ShareTweetWhatsappPinterestRedditTumblrMailFlipboard 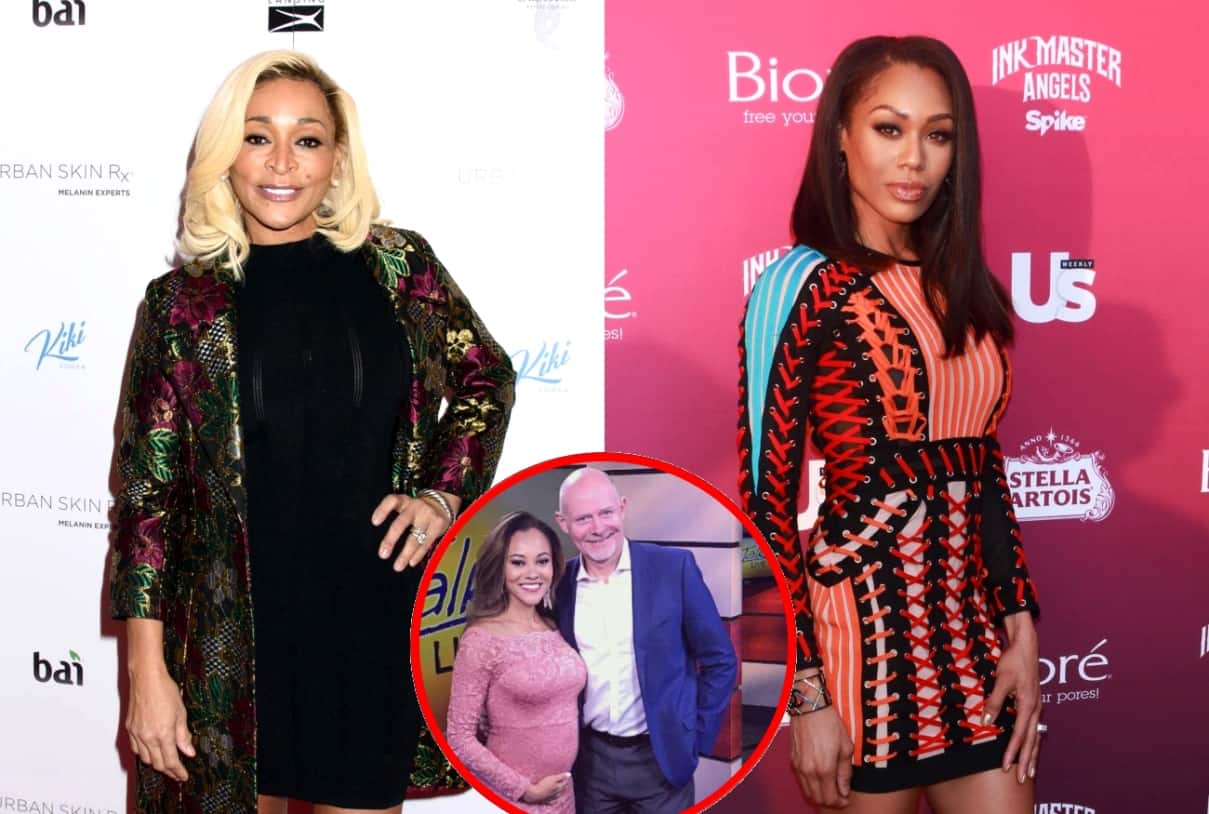 Karen Huger and Monique Samuels are opening up about what is to come on The Real Housewives of Potomac, ahead of the season 4 premiere tonight on Bravo.

Last summer, at the start of production on The Real Housewives of Potomac season four, a cameraman accused Ashley Darby‘s husband, Michael Darby, of “grabbing and groping” his butt and filed charges against him. While those charges were ultimately dismissed, and Ashley and Michael were vocal about their innocence throughout the investigation, the incident became a major storyline during season four.

Months later, the women are sharing their thoughts on the shocking ordeal and giving additional details about the rest of the fourth season.

“Big butts,” Karen teased during their chat with Entertainment Tonight on May 3. “Men’s butts. Women’s butts. You know, all the above.”

“It’s definitely hard not to jump to conclusions, especially given the history,” Monique said, giving a nod to past cheating allegations made against Michael. “I had to realize that, you know, they’re human. We’re going through it together. I’ve been in a position before where people are trying to judge or pass judgment. We’ve all been there. So it’s like everybody gets a turn.”

While Karen has had issues with Ashley in the past, she felt she was “fair” in her approach to the situation and looked forward to Michael being totally vindicated as they filmed.

“When you see it in the news, it’s, like, actual charges being brought up, it was very surreal,” Monique recalled. “And then to know that it’s gonna play out both ways on camera? I’m really interested in seeing how this unfolds. When you’re looking at the cameras and the people who are in your home, and then it kind of lets you realize that, wow, I really don’t know the people that are in my home who I’m working with. And then the other side it’s like… like, it was just pretty, like, unbelievable.”

Although Karen said she was “fair” to Ashley in regard to the sexual assault allegations against her husband, she also said that Ashley has been “vindictive, malicious, and a liar” for the past three seasons. That said, Karen applauded Ashley for walking in her truth during season four and understanding that “some of the things that she did in her past are unacceptable.”

“She’s making — attempting to make — amends for that,” Karen added.

As for what fans will see during season four, aside from the drama surrounding Ashley and her husband, Monique said there will be “a lot of ups and downs” and “back and forth” while Karen said there would be “a lot of forgiveness.”

“You’re gonna see us actually, like, going through the motions,” Monique said. “It’s not like we look back and reflect and we’re, we got our thoughts and ideas together. Like, you’re literally witnessing, one day we felt this way, the next day, we felt that way. So, you’re gonna literally see how we processed the information we were receiving.”

After admitting to making progress with Ashley, Karen made it clear that she and Gizelle Bryant were still not in a good place by stating that although she’s seen “personal growth” in everyone, Gizelle is an exception to that statement.

The Real Housewives of Potomac season four premieres tonight, May 5 at 9 p.m. on Bravo TV.

TELL US – ARE YOU EXCITED ABOUT THE NEW SEASON OF RHOP?!