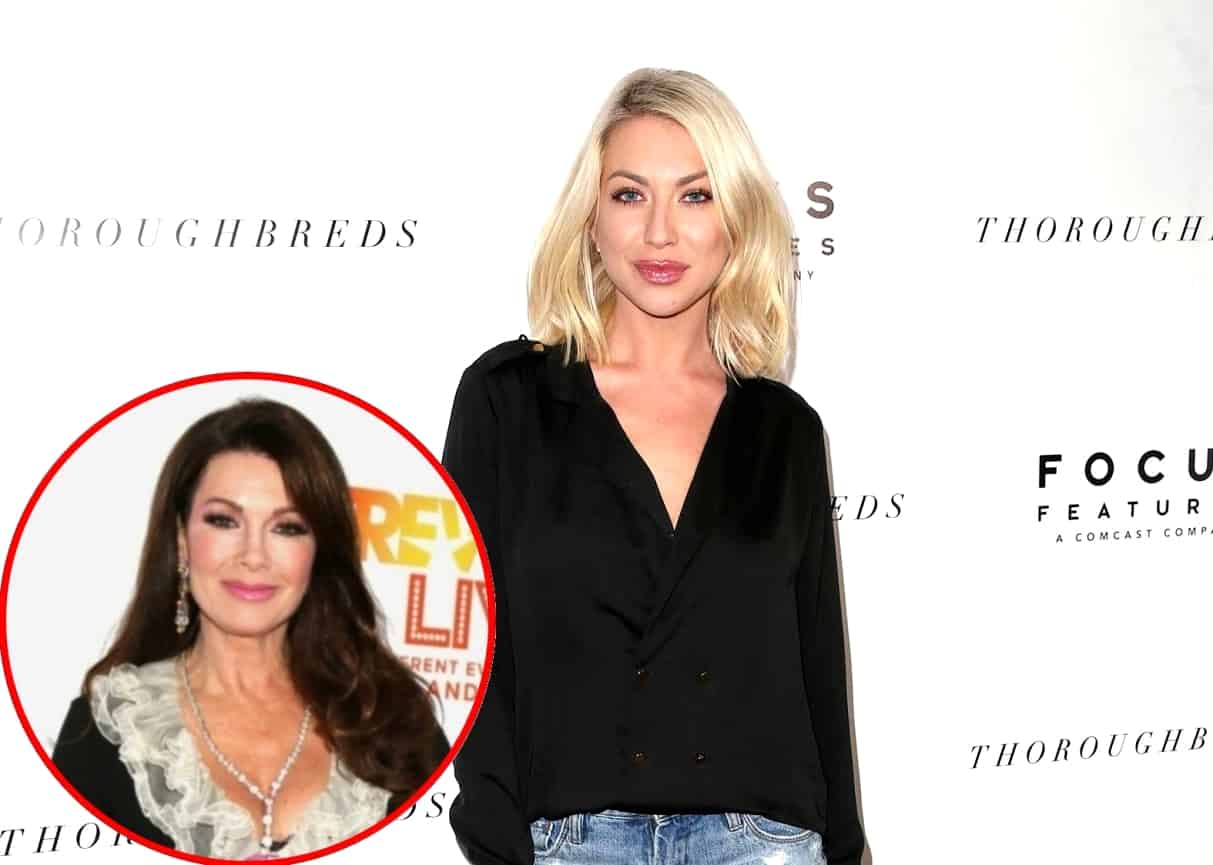 Stassi Schroeder shared some surprising information about the Vanderpump Rules cast during a recent taping of her podcast.

As she welcomed the hosts of Watch What Crappens to her show, Stassi admitted that the majority of her co-stars only pretend to work at SUR Restaurant before dishing on Lisa Vanderpump‘s exit from The Real Housewives of Beverly Hills and shading one of her ex-boyfriends.

“They are showing what’s really actually going on,” Stassi continued, “and Ariana doesn’t have to pretend to go clock in order to go to Mexico.”

In addition to dishing on the upcoming eighth season of Pump Rules, which reportedly includes several new faces, Stassi spoke to Ronnie and Ben about Bethenny Frankel‘s exit from The Real Housewives of New York City. As fans will recall, Bethenny confirmed the news to Variety, reportedly on the day filming began on season 12.

“What are we going to do now that Bethenny left?” she wondered. “Do you think she could have been fired?”

According to Stassi, she isn’t a huge fan of Bethenny and feels that she says “different sh*t all the time.” She also said she’s “scared” of the Skinnygirl mogul before comparing her “f**k you” exit from RHONY to Lisa’s exit from RHOBH.

“That’s also what Lisa did. They both told the press before they told [Bravo TV],” Stassi noted before pumping the breaks on the conversation. “I don’t know why I brought that up because all it’s going to do is get me in trouble if I say one word.”

Another thing that recently got Stassi in trouble was her comments about the season eight drama between her and Kristen Doute. As she explained, she was given a “talking to” by producers last week after talking about their feud on her podcast.

Stassi and her fiance, Beau Clark, got engaged just one month after Jax and his wife, Brittany Cartwright, tied the knot in Kentucky and because their engagement happened so soon after their co-stars’ wed, Stassi said she and Beau are “insecure” about the timing of their wedding.

“But listen, we knew we had to do it on camera [and] he convinced me it wasn’t going to happen this season,” she explained.

Also during the episode, Stassi agreed with Ronnie and Ben that her ex-boyfriend, Patrick Meagher, is a “pr*ck” as they revealed he nearly won an award for his cringe-worthy appearance on Pump Rules at The Crappies but was narrowly beat by former Southern Charm star Thomas Ravenel.