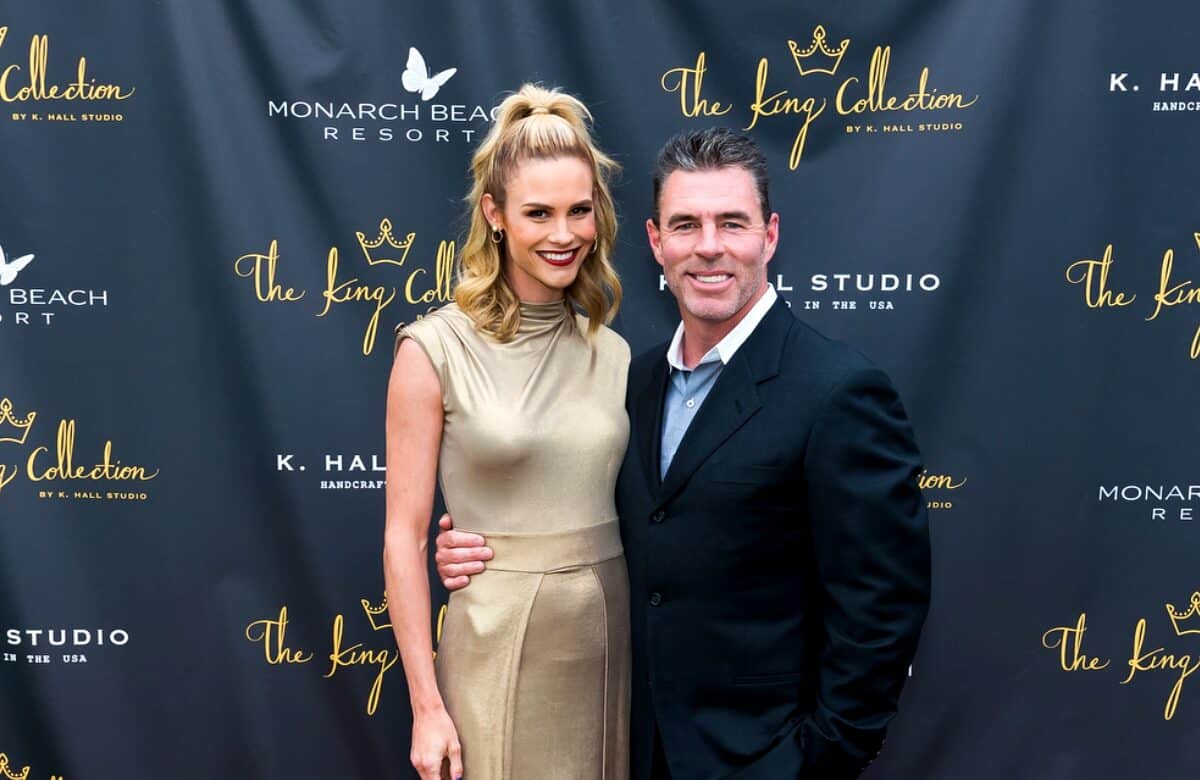 Meghan King Edmonds and her estranged husband, Jim Edmonds, may have spent the past couple of years building their massive dream home in St. Louis, Missouri together, but unfortunately for the Real Housewives of Orange County star, she won’t be moving in.

Earlier this week, as Jim continued to share new photos and videos of himself and his kids inside the mansion he was expecting to share with Meghan on his Instagram Story, the mother of three took to her page and gave her fans and followers an update on her living situation. She also gave her followers a look at her more modest home.

“Is it fall or winter? St. Louis is confused,” Meghan wrote in the caption of a photo that showcased the exterior of her home. 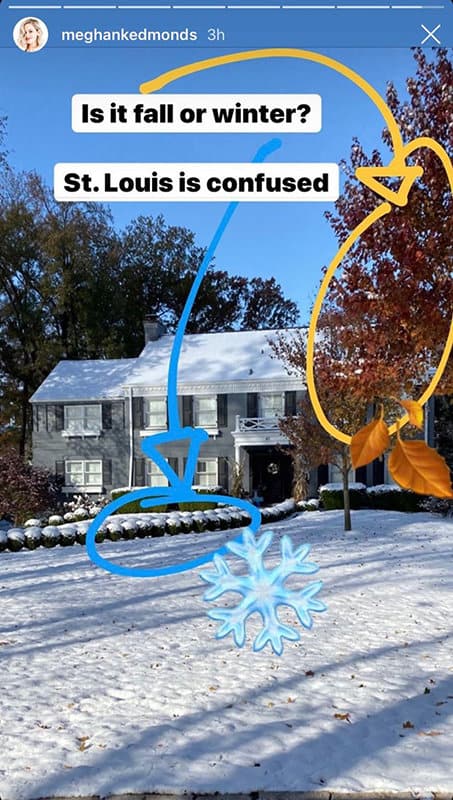 Meghan and Jim were living together in the home seen above until shortly after Jim filed for divorce amid rumors claiming he may have had an affair with their nanny.

Following his filing, Jim informed his builders that he needed to move into his mansion as soon as possible. Shortly thereafter, he began sharing images from inside the home, many of which included tons of unpacked boxes.

While taking fans through his kitchen and family room, Jim admitted there was still a lot of work to be done as a couple of his kids’ toys were seen on the floor. 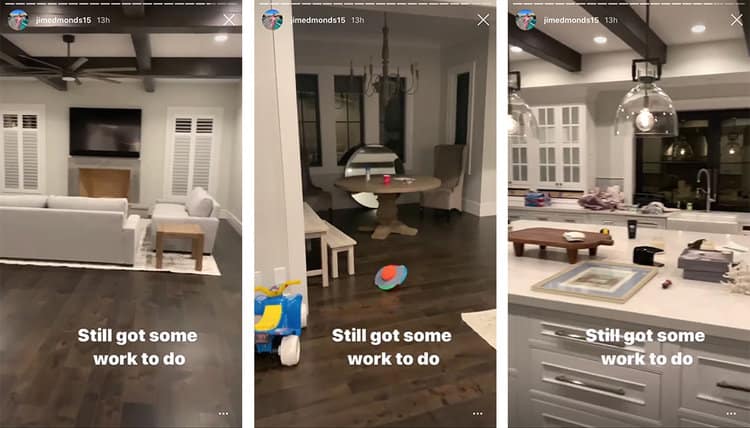 In Jim’s dining room, several boxes were in need of being unpacked. 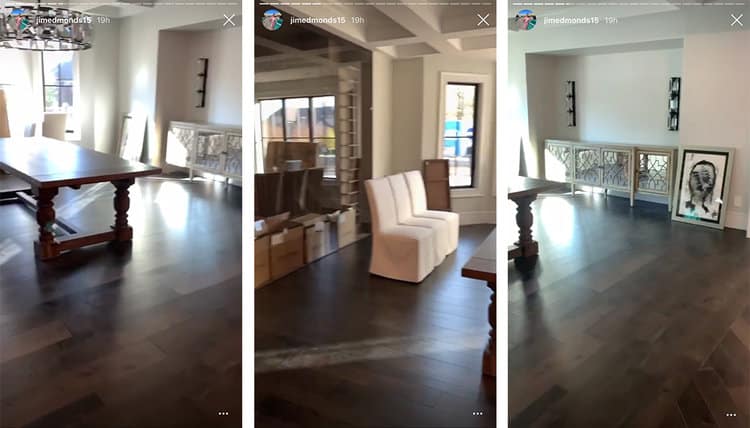 Although it may be a while before Jim is able to get everything into place, his children, including two-year-old Aspen and 17-month-old twins Hayes and Hart, appear to have plenty to do in their new home, which features both a batting range and a playroom. 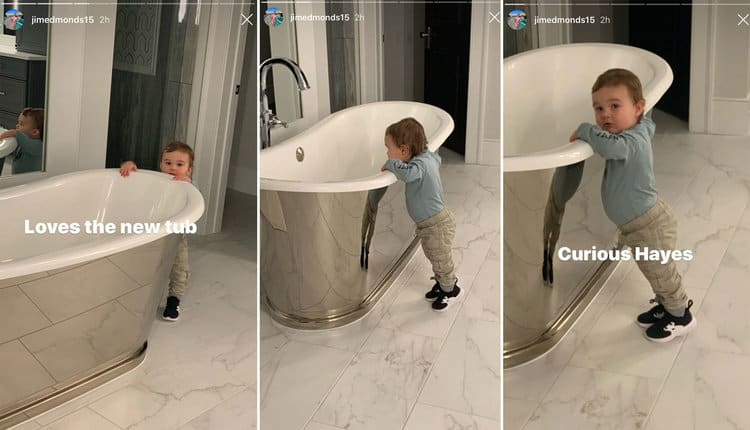 Meghan and Jim called it quits at the end of October after celebrating their five-year wedding anniversary.

Just two days before Jim filed documents to end their marriage, Meghan admitted to The Daily Dish that she and Jim were taking things “day by day” months after his sexting scandal.

“I think after such a breach of trust, it’s so hard to rebuild from there, especially [with] so many distractions, like our son’s health problems and two other little babies [daughter Aspen and Hart’s twin brother, Hayes],” she explained, “And so to focus on the two of us as a couple, is really hard.”