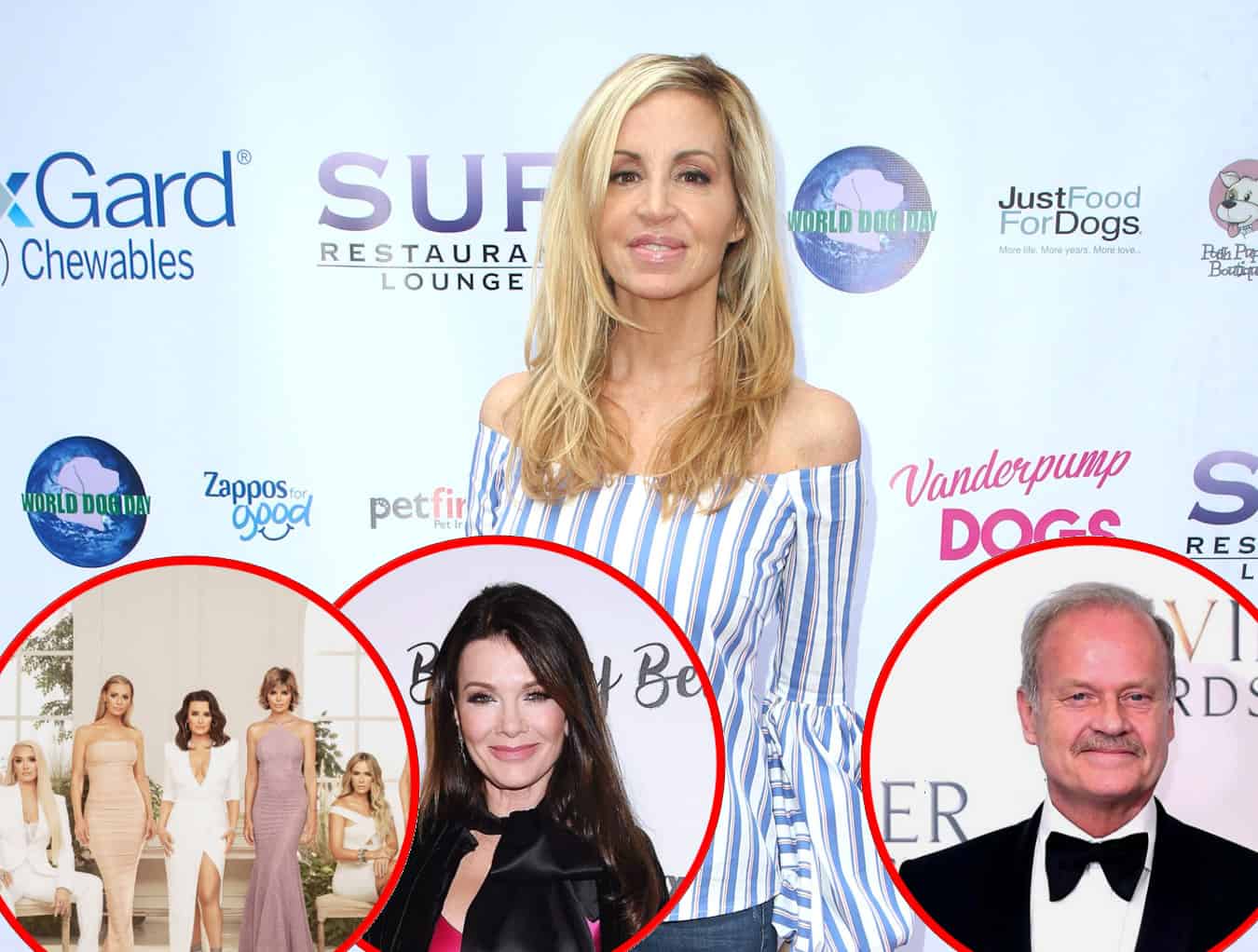 Camille Grammer is accusing The Real Housewives of Beverly Hills cast of ‘targeting’ her after her return to the show, as she admits Lisa Vanderpump doesn’t think she should have come back for season 10. Camille also explains why she’ll always have to be defensive against ex-husband Kelsey Grammer.

As fans have learned, Camille’s face will be gracing their screens in the upcoming 10th season of the RHOBH despite her ongoing drama with much of the cast. But not everyone in Camille’s camp thinks it’s wise to back to the drama, especially former housewife and Vanderpump Rules star Lisa, who left the show for that very reason. In fact, upon hearing her friend would be returning to the show, Lisa couldn’t help but give her a little scolding.

“I’m back this season. I’m back briefly. Just little here and there,” Camille told TooFab while attending Lisa’s Vanderpump Dogs Foundation gala in Los Angeles on November 21. “And, uh, it’s interesting. I’ll leave it at that.”

“Lisa called me and said, ‘What are you doing?!'” Camille continued. “She said to me, ‘You said you weren’t going back! What are you doing? Are you crazy?!’ basically. And she was like, ‘You don’t need to put yourself through this!'”

It’s rumored that the decision to bring Camille back as a “friend” was to help bring some drama into an alleged lackluster season. And while the controversial reality star can’t officially confirm this, she did admit that drama tends to revolve around her when filming with the Beverly Hills cast.

“I don’t know. I have no idea. What I’ve seen, there’s drama targeted at me,” Camille said, coyly. “How do I say it the right way? I feel that I show up somewhere, and I felt targeted. But there are things that need to be discussed. So maybe that was the right time to do so? We’ll see. There you go. That’s the carrot! I just dangled that little carrot.”

But the housewives aren’t the only ones Camille feels pitted against these days. Earlier this month, the Bravo star’s ex-husband Kesley revealed in an interview that Camille threatened to divorce him on the day of his mother’s funeral in 2008, to which Camille has claimed is completely untrue. Camille openly admitted at the Vanderpumps Dog Gala that this comment was “unbelievable” and went on to explain that it’s things like this that force her to stand up against her ex.

“I feel bad after I do, but what else do I do? Do I just stay quiet?” Camille said to Hollywood Life at the event. “Because he is re-writing history and that’s not fair to me. It’s wrong. It’s wrong for me and my children.”

The reality star also made a point to say that if Kelsey continued to tarnish her name in the press, she’d have no choice but to clap back.

“I want the truth to get out there,” Camille boldly explained. “Divorce is divorce. It’s okay that he wanted to move on. It’s just the way he did it and how he handled it after the fact.”

As fans already know, Camille and Kelsey, who married in 1997, finalized their divorce in December of 2011. The estranged couple shares two children together and continues to co-parent them.