Home Real Housewives of Orange County News RHOC’s Kelly Dodd Slams Tamra Judge and Says Her Family is ‘F**ked Up,’ Accuses Tamra of Being Obsessed With Her, Plus She Reveals If Engagement Was Filmed

RHOC’s Kelly Dodd Slams Tamra Judge and Says Her Family is ‘F**ked Up,’ Accuses Tamra of Being Obsessed With Her, Plus She Reveals If Engagement Was Filmed 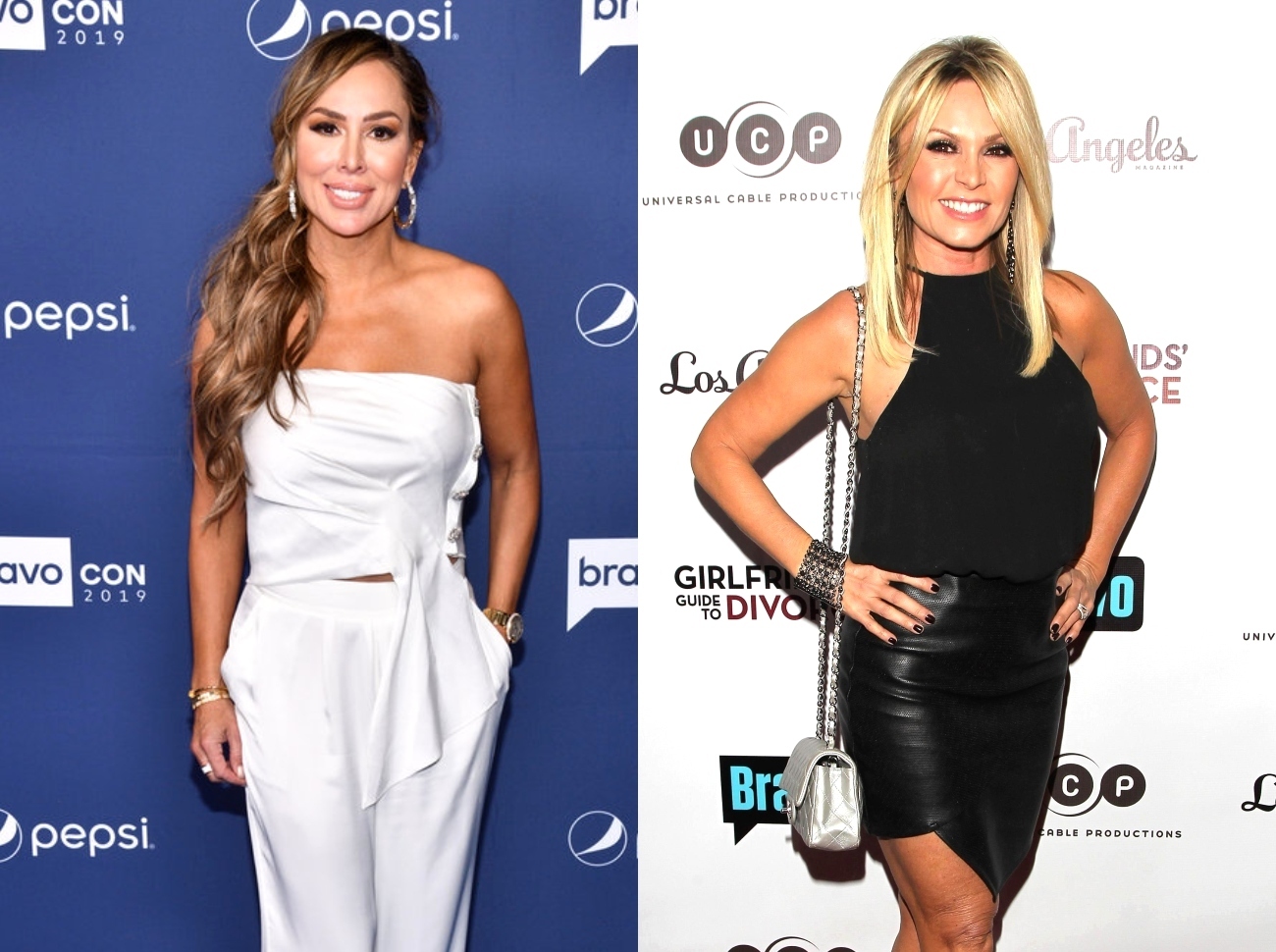 After a fan suggested Tamra was accusing Kelly of things that actually applied to her, the Real Housewives of Orange County star took aim at Tamra and her “f**ked up” family before slamming Tamra as a puppet master and confirming whether or not her engagement to Rick Leventhal was filmed for the show.

“Tamra is desperate! The world hates her and she is deflecting!! She should worry about her f**ked up family instead of being obsessed with me!” Kelly wrote in response to a fan who suspected Tamra had taken part in a train of her own and thrown her own mother down the stairs. 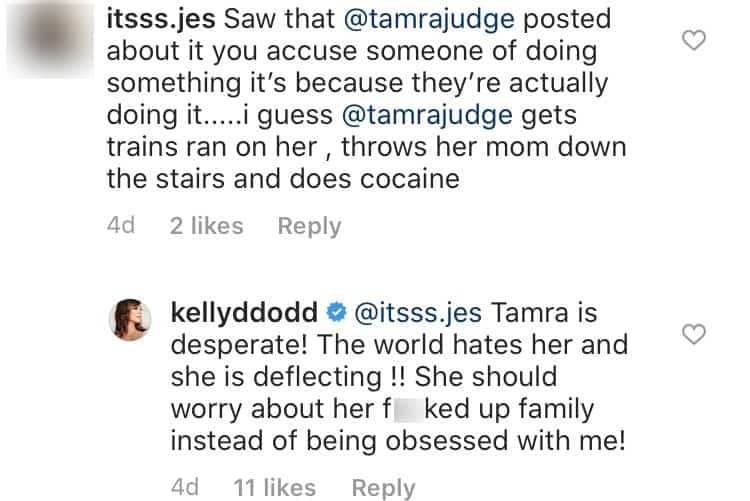 Kelly also agreed with a fan who labeled Tamra a “puppet master” after seeing that their RHOC co-star, Vicki Gunvalson, admitted Tamra wasn’t thrilled that she had been nice to Kelly at BravoCon.

As for Kelly’s recent engagement to Rick, which took place earlier this month in New York City, she confirmed the special moment was not captured by the cameras for the upcoming 15th season of RHOC.

“I didn’t put my engagement on tv .. didn’t need it as a story line .. thanks for your comment,” Kelly tweeted.

I didn’t put my engagement on tv .. didn’t need it as a story line .. thanks 🙏 for your comment .

During the BravoCon event earlier this month, Vicki suggested Kelly only got engaged to Rick for a storyline before pointing out that Kelly and Rick had only been dating for a few months and noting that Kelly’s daughter, 13-year-old Jolie, didn’t yet have a relationship with him.

“Seeing as almost all the girls on #RHOC use ME for THEIR storyline I think I’m the last person who would need to get engaged for a ‘storyline’ – not everyone has that calculating mindset,” she wrote.