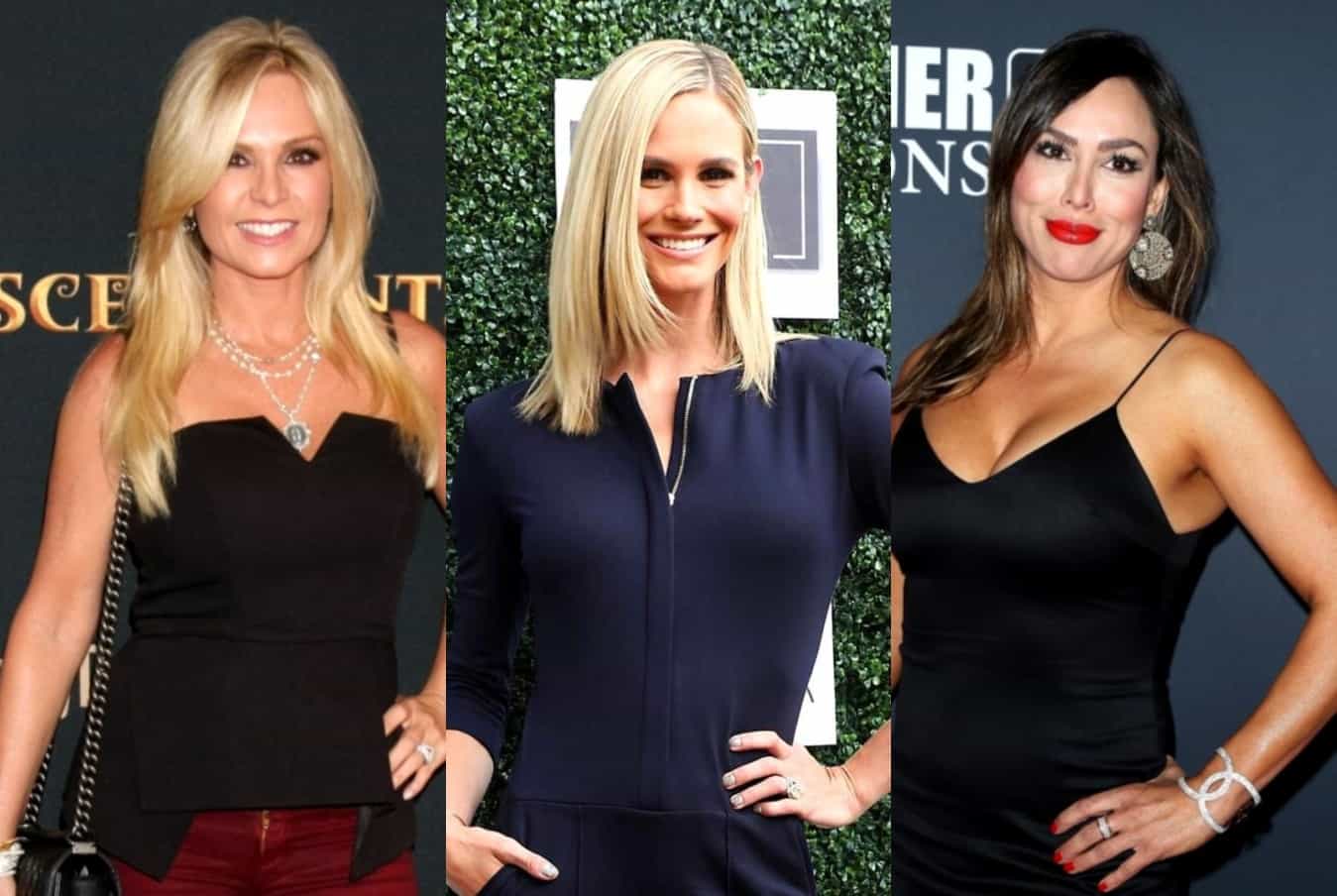 Tamra Judge and Meghan King Edmonds are laughing about the controversial rumor claiming Kelly Dodd was involved in a supposed ‘train.’

After Kelly denied taking part in any such thing, her Real Housewives of Orange County costar, Tamra, took to her Instagram page, where she shared a photo of herself and Vicki Gunvalson preparing for their Watch What Happens Live appearance on Tuesday night and poked fun at the false report.

“Just got off the ‘7 train’ in the Big Apple, it wasn’t such a bad ride after all… not as dirty as they say,” Tamra wrote on September 10.

Just got off the “7 train” in the Big Apple , it wasn’t such a bad ride after all 🤷‍♀️ not as dirty as they say

After seeing what her costar had written, Meghan, who returned to RHOC for season 14 in a guest role after previously quitting after season 12, made it clear that she was amused.

While some weighed in on Meghan’s comment, telling her that they missed seeing her full-time on RHOC, others pointed out that Meghan shouldn’t be throwing stones and mentioned her husband Jim Edmonds‘ recent emotional affair. As fans have surely heard, Jim was caught having an inappropriate relationship with another woman in June when shocking text messages and screenshots of an X-rated video were shared by All About the Tea.

It’s also possible that Meghan is retaliating against Kelly after Kelly referred to Jim’s affair scandal as Meghan’s “karma” back in June.

In other Real Housewives news, Kelly recently responded to a fan who wanted to know if Tamra would be leaving the RHOC after season 14.

“Leave the show?? How will she make money?” Kelly wondered in a screenshot shared by Comments by Bravo on Instagram. 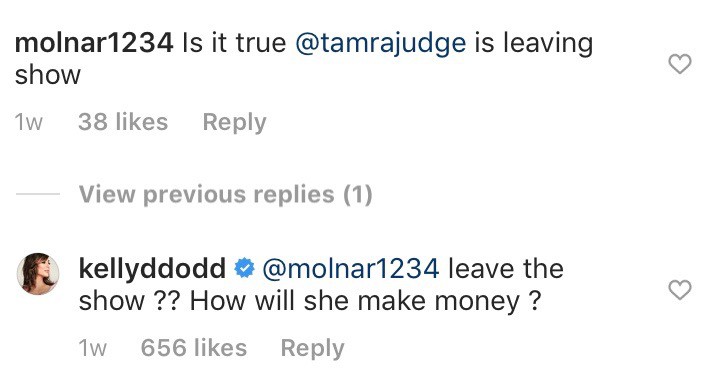 This isn’t the first time Kelly has taken aim at Tamra’s finances. Weeks ago, as Vicki called Kelly out for dating rich men, Kelly slammed Coto De Caza, where both Tamra and Vicki reside, as a cheap area as she praised her own home in Newport Beach.