Home Real Housewives of New York City News RHONY’s Sonja Morgan Shades Tinsley Mortimer After Her Engagement and Says She Won’t Miss Filming With Her, Reveals Where She Stands With Bethenny Frankel

RHONY’s Sonja Morgan Shades Tinsley Mortimer After Her Engagement and Says She Won’t Miss Filming With Her, Reveals Where She Stands With Bethenny Frankel 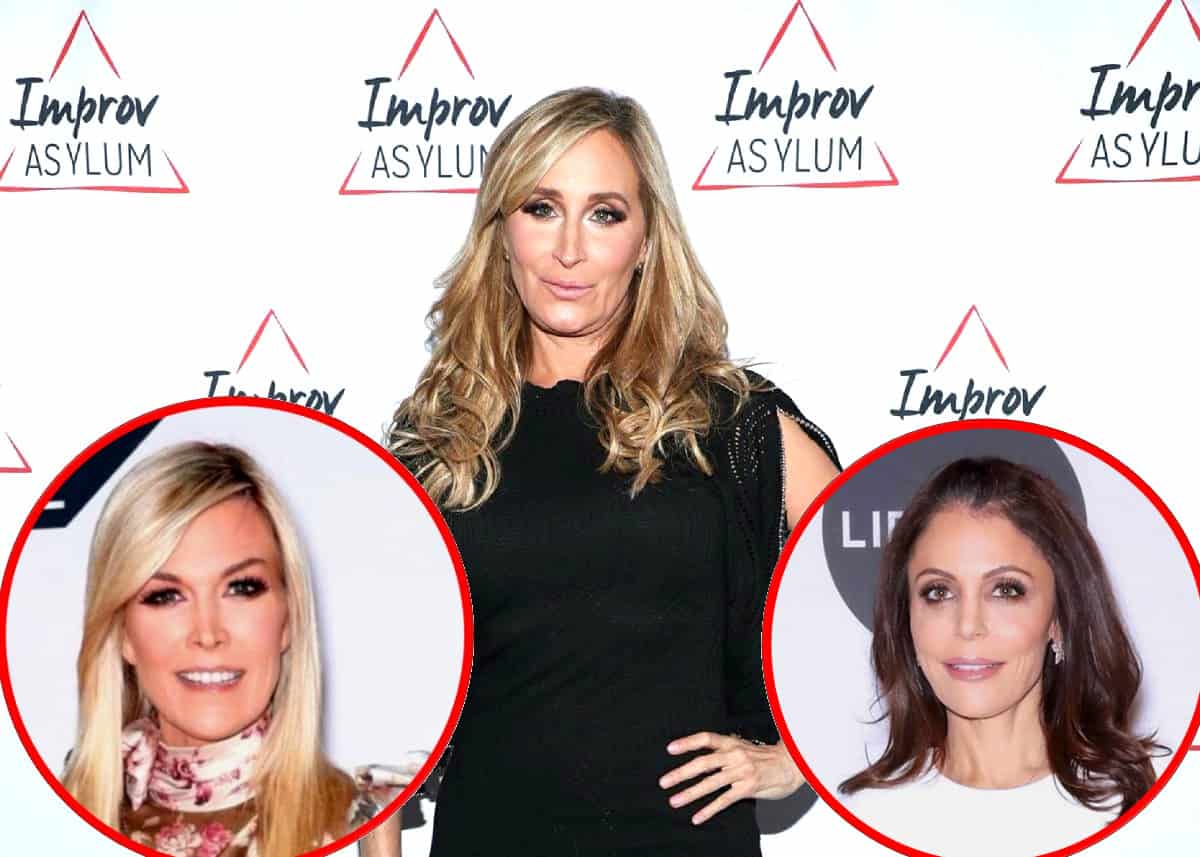 While launching her latest Sonja Morgan New York collection in the Big Apple earlier this week, Sonja threw some shade at her co-star while speaking about her engagement and upcoming wedding to Scott Kluth. Sonja also discussed her current relationship with Bethenny Frankel, and an insider revealed whether or not Tinsley is truly done with season 12.

“Tinsley moved to Chicago, but she’s not a New Yorker. She’s from Florida, she lived in Florida — that’s her residency,” Sonja explained to Us Weekly on December 10. “She’s never really been a New Yorker.”

According to Sonja, Tinsley was living in a New York City hotel prior to her engagement to Scott. Now that she’s in Chicago, where he’s based, she’s much happier.

“I’m happy that she’s happy. [But] I’m not going to miss filming with her,” Sonja continued, adding that while she won’t miss being in front of the camera with Tinsley, she will miss “seeing her often.”

Sonja went on to credit herself and her co-stars for helping Tinsley find herself on the show.

“When I invited her to come live at the townhouse it was to protect her from being co-dependent with guys that were mistreating her,” she explained. “The time she did spend here with us, she did start to be herself again. We really did well and I think that’s why she’s getting married now to the man of her dreams.”

Although Tinsley hasn’t shared any details about her upcoming wedding, Sonja said she and newbie Leah McSweeney will be invited and noted that they are “so excited” for her and Scott.

Leah joined the RHONY cast in August around the time of Bethenny’s sudden exit. So, are Sonja and Bethenny still friends?

“We’re [still] very close,” Sonja explained of her current relationship with Bethenny. “It’s just different [filming without her], that’s all. But again, I’m very happy for Bethenny. She made a choice — a lifestyle choice for her, for her daughter, and should I say fiancé [Paul Bernon] or serious love in her life?”

Tinsley and Scott got engaged in November after a couple of years of on and off dating. Weeks later, Tinsley fueled rumors of a potential exit from RHONY when she skipped a cast trip to Mexico. However, according to a source, Tinsley is still filming new episodes for the series’ upcoming 12th season.

“[Tinsley] didn’t go on the girls’ trip because she just got engaged to Scott and she is in Chicago as they want to be together during this happy time,” the insider shared. “She is not going to girls’ dinners and girls’ trips when this is a time she should be spending with her new fiancé.”