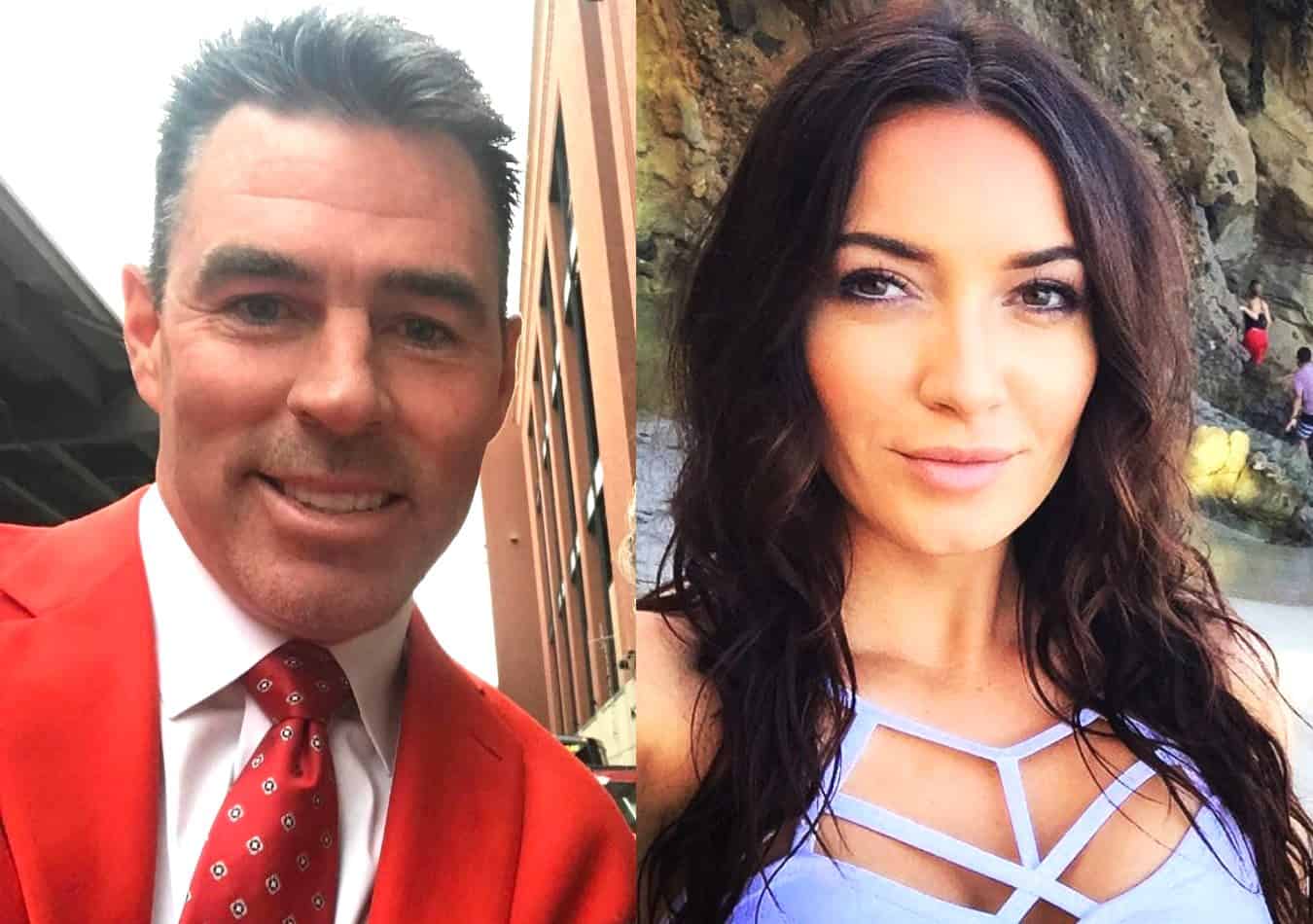 Jim Edmonds spent his Memorial Day weekend at home with his girlfriend, Kortnie O’Connor, and his kids.

Days after the news of his estranged wife Meghan King Edmonds‘ new romance with Christian Schauf hit the web, the former Real Housewives of Orange County cast member and ex-MLB player shared a series of photos of himself, Kortnie, and his twin sons, Hart and Hayes, on his Instagram Stories before labeling Kortnie “my girl.”

In Jim’s first photo, which was shared on Sunday, May 24, Kortnie was seen standing in the pool at his St. Louis mansion as Hart and Hayes stood in front of her. 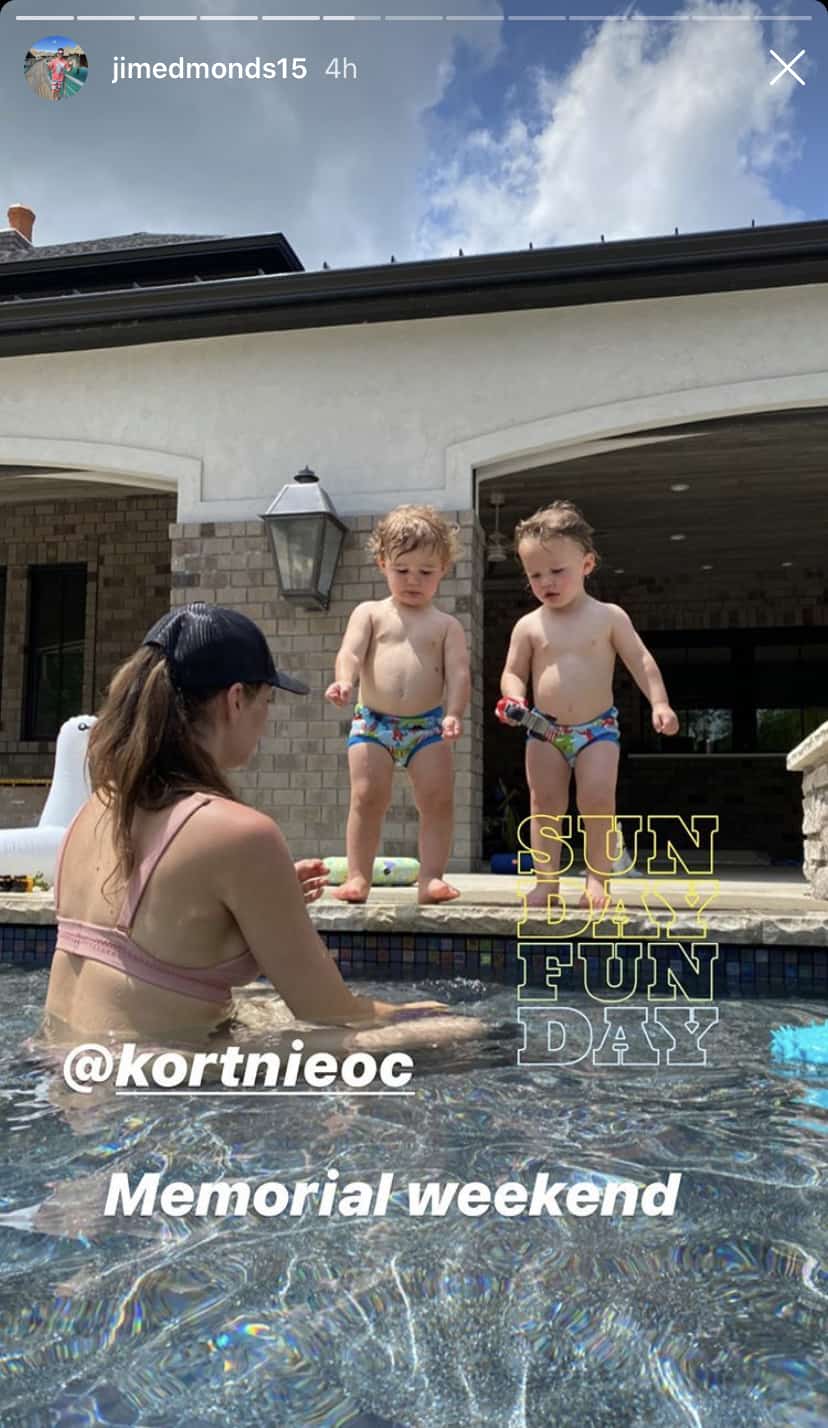 In Jim’s second photo, Kortnie, who was wearing a black camouflage hat with a light pink bikini, was seen holding Hart and a red ball.

“Hart loves the water,” Jim wrote in the caption. 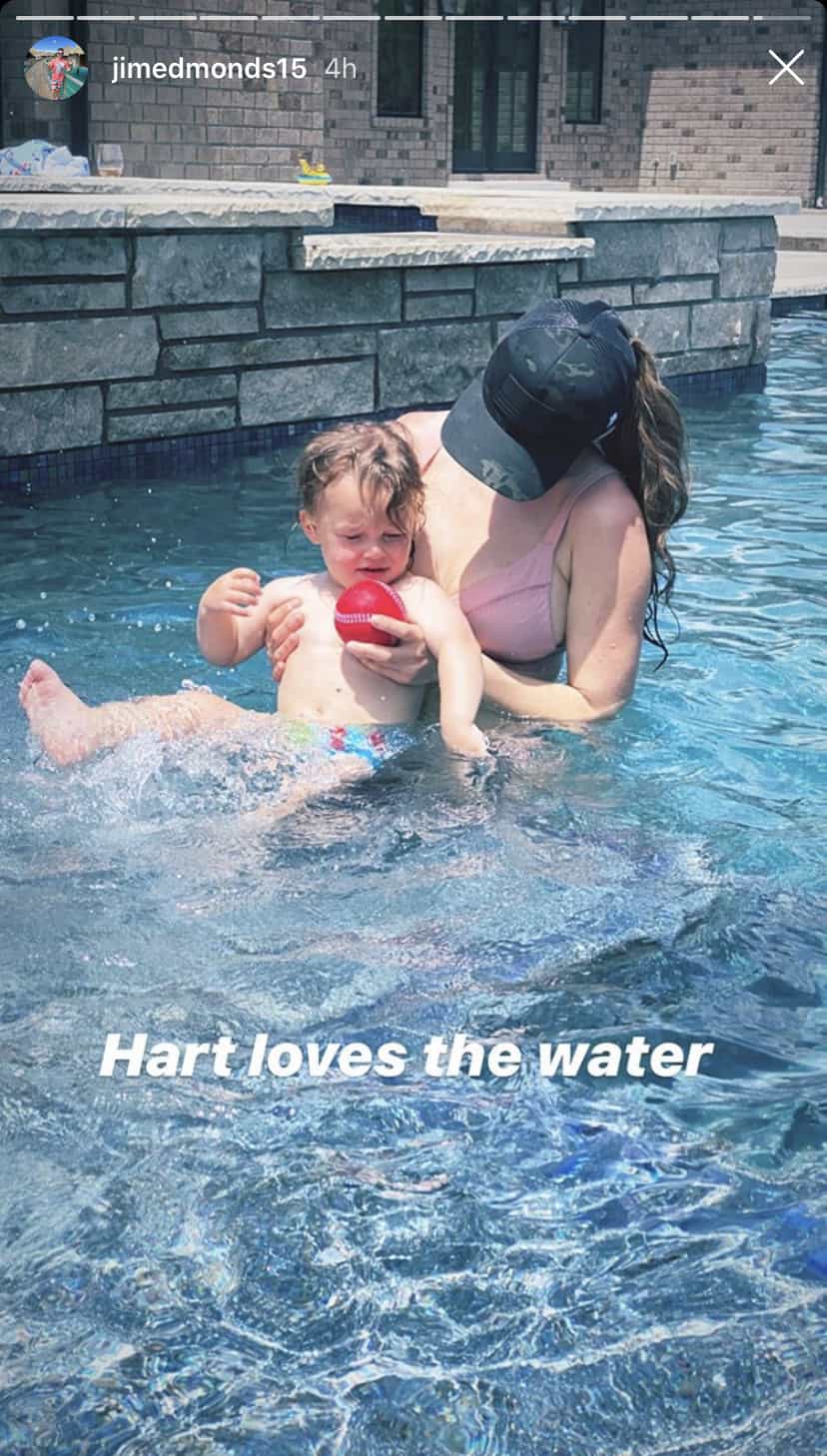 Following their day at the pool, Jim and Kortnie, who went public with their romance during a trip to Nashville in March, enjoyed time indoors on Monday evening.

“Closing out this weekend with my girl,” Jim wrote with a May 25 photo of himself and Kortnie sitting in his kitchen, where he was enjoying a hamburger as she sipped on wine. 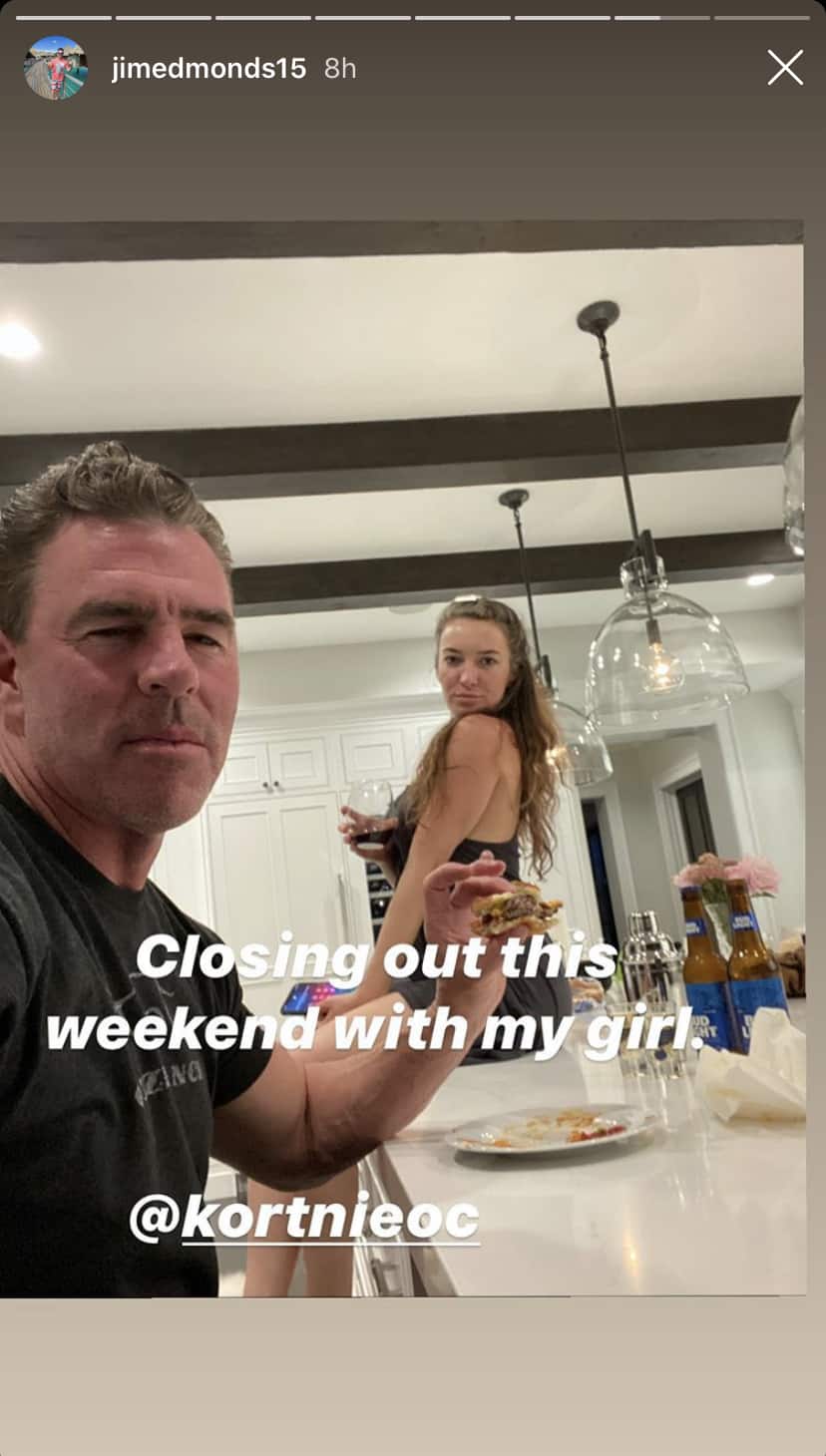 The couple also visited a national cemetery on Memorial Day.

Last week, after Meghan’s new relationship was made public, a rep for Jim spoke to Us Weekly and stated that he was concerned for his kids after seeing a number of posts shared by Meghan in recent weeks.

“Jim is happy and relieved to have Aspen, Hayes and Hart back with him in St. Louis. Meghan’s social media and blog posts the past few weeks have been somewhat distressing and Jim was a bit concerned about her state of mind,” the rep stated.

Meghan, on the other hand, voiced her concern for Jim’s recent choices with Kortnie, who Meghan first revealed Jim was dating during an episode of her podcast, Intimate Knowledge, in January.

“Meghan took every precaution to spend time with someone who makes her happy, after taking care of her kids for nine weeks in a row, and after being cheated on, left, and finding out via the media that Jim filed for divorce, then immediately moved on with a former friend and moved her into the home Meghan built,” the friend said.