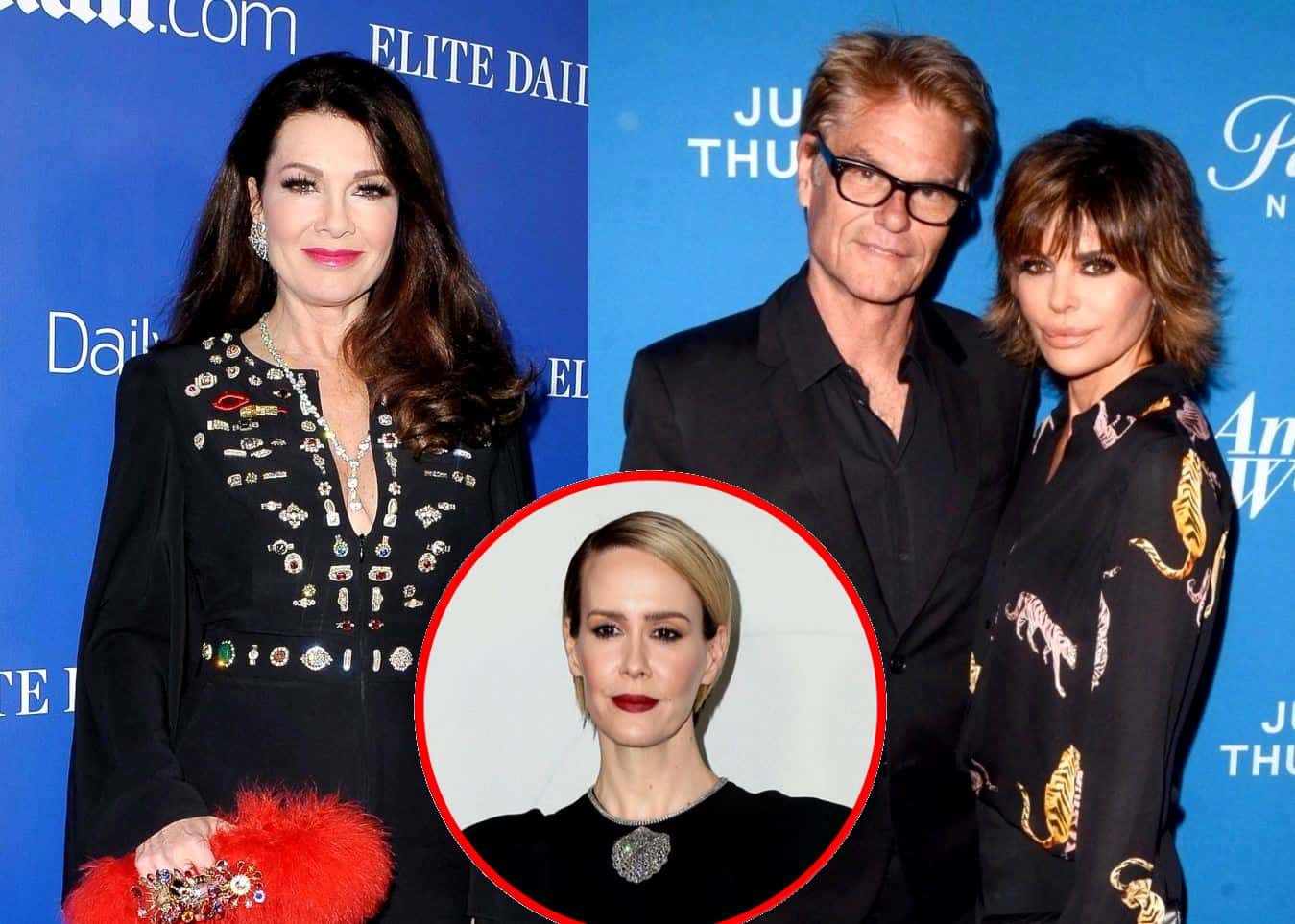 As a number of her fans and followers commented on the alleged friendship between Rinna and Sarah Paulson, who has slammed Vanderpump on a number of occasions over her supposedly rude behavior, Vanderpump took aim at her former Real Housewives of Beverly Hills co-star, Rinna, and her husband for their portrayal of Sex Pistols rocker Sid Vicious and his girlfriend Nancy Spungen, which included a swastika T-shirt.

After one of her Twitter followers told her that Sarah is “not worth a response” and included a photo of Rinna and Harry on Halloween, noting that the actress is reportedly friends with Rinna, Vanderpump called out the couple for their “disgusting” costumes while revealing that her grandmother’s home was bombed by Nazis. 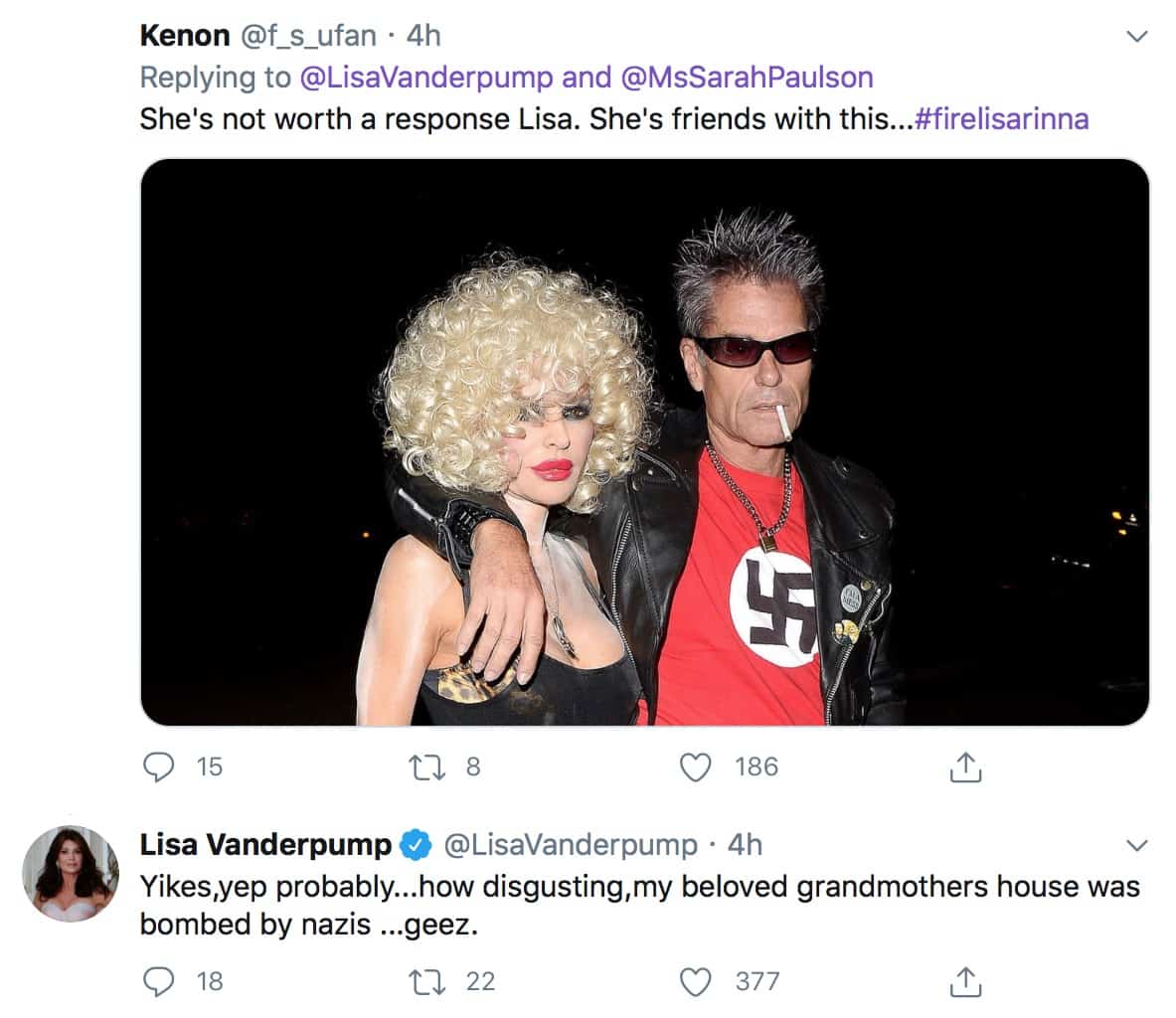 While Rinna did offer an apology for her and Harry’s offensive costumes shortly after they were seen wearing them years ago, another one of Vanderpump’s fans said she hoped to see Rinna and Harry “own” their attire.

“Hope she ‘owns’ their sh*t outfit choices … ‘own it, own it, own it’ what possible excuse would she have here,” the fan wondered, adding that Rinna may “deflect.”

“Not sure,” Vanderpump responded.

In a separate tweet, Vanderpump shared a photo of Sarah holding her beloved dog Giggy before suggesting that Sarah’s potential relationship with one of her former RHOBH co-stars was what prompted her to lash out.

“Apparently [Sarah Paulson] you are in a picture with me holding my precious lil giggy, I rarely let anybody hold him as he is so delicate, you must be friendly with one of those mean girls,” Vanderpump suspected. “I have no reason to be anything but kind to you.” 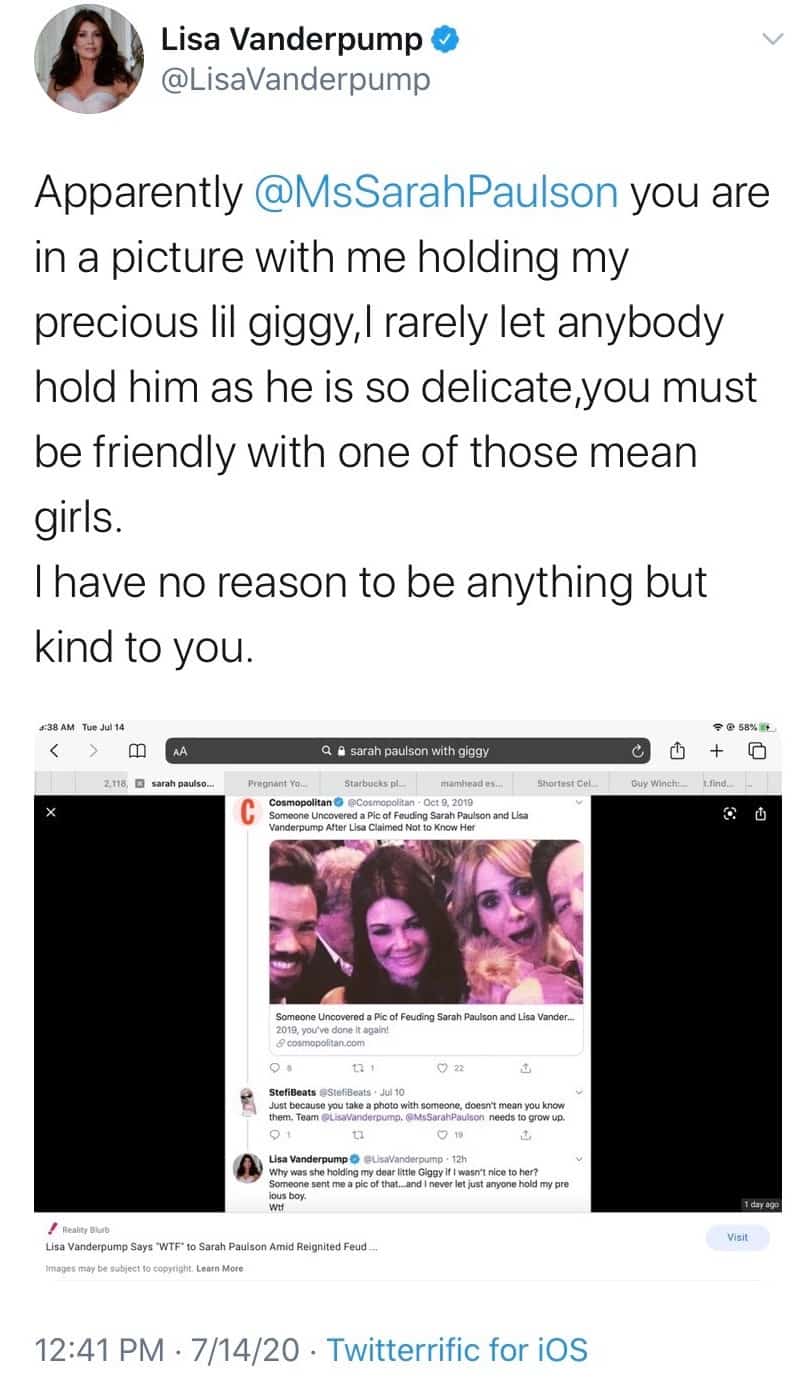 Vanderpump also agreed with one of her online audience members who said that they couldn’t believe that the feud between her and Sarah was still going on and labeled the actress’ behavior as “petty and unwarranted.”

Vanderpump quit her role on The Real Housewives of Beverly Hills last June.