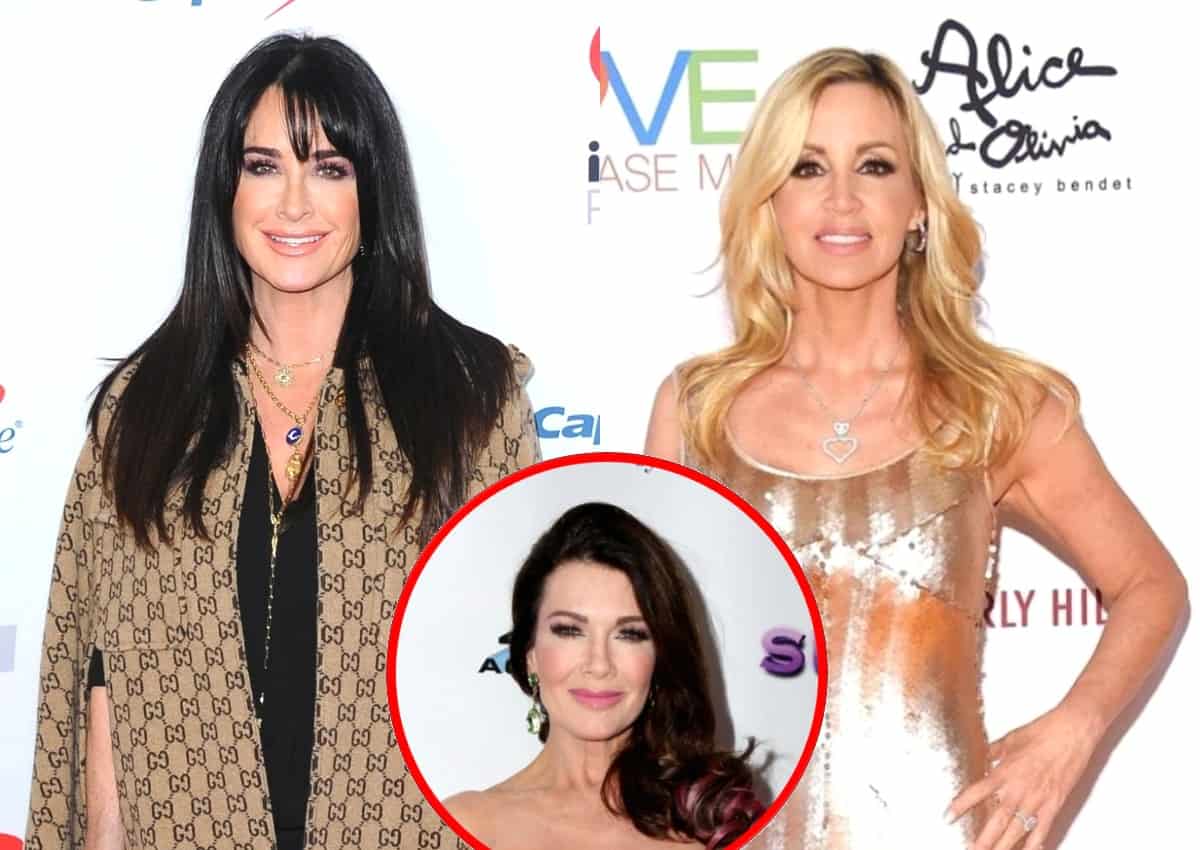 Kyle Richards is revealing why she invited Camille Grammer to her charity event on Wednesday night’s Real Housewives of Beverly Hills after Camille slammed her and their co-stars on Twitter months prior.

Following the latest episode of the show, which featured a number of the women confronting Camille about the mean statements she’s shared in the past, Kyle explained her decision to include Camille in the event while also accusing her of trash-talking Lisa Vanderpump as both Dorit Kemsley and Teddi Mellencamp made it clear they have no interest in establishing friendships with her.

“I invited her because I was trying to get back on track to where we had been,” Kyle explained on the RHOBH: After Show.

“Camille and I have a long history,” she continued. “We’ve worked through a lot and I was very happy to be in a good place with her again and then last year, she was kind of all over the place.”

As fans will recall, Camille feuded with just about everyone during the RHOBH season nine reunion and continued to blast her co-stars on Twitter in the months that followed. Then, according to Kyle, after burning her bridges with her and her castmates, she attempted to get close to Lisa.

“She ran back to Lisa, thinking, ‘I blew it with these girls. I’m going to go with Lisa,’ even though she had talked about Lisa behind her back the entire season, making fun of her and saying things that were really actually… terrible,” Kyle recalled.

Still, because she doesn’t like to have bad blood with anyone, Kyle felt she should give Camille another chance.

“[Camille] wanted to work through her issues with the rest of the women that she had wronged with Twitter rants last season. So I thought, ‘Okay, I’m going to have everybody here and you guys can maybe talk it out,'” she explained.

In their own RHOBH: After Show segments, Dorit and Teddi explained why they aren’t on board with making amends with Camille.

“I told her we’ve had a couple of go’s at this and I seem to always get surprised and I just don’t trust her. I want to be around people that I can trust and that I feel good about and I don’t feel good around her,” Dorit said.

According to Dorit, she had it with Camille after she “made up a lie about [her] husband” owing money to one of her friends.

“[She] went after my family and to me, that’s where I have to draw the line,” Dorit stated.

Then, after stating that Camille has fooled her “so many times,” Teddi said she’s “just done with the whole thing.”